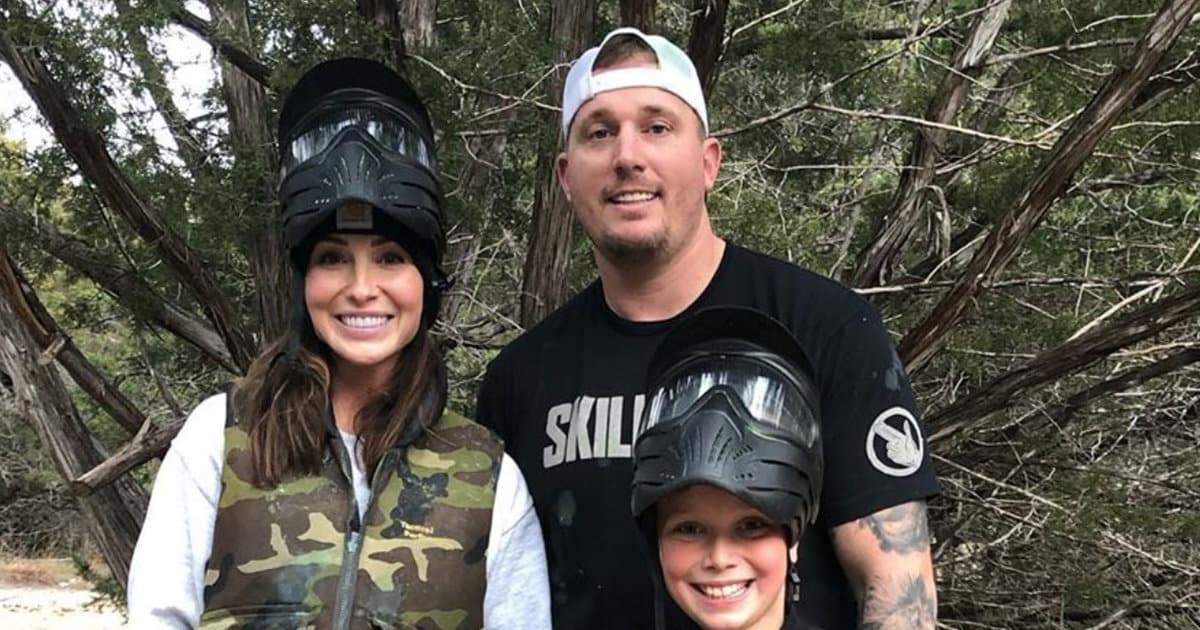 After trash talking each other all season long on their "Teen Mom OG" debut, could peace finally be on the horizon for Bristol Palin and ex-husband Dakota Meyer?

While it sure didn’t seem that way after their explosive fight in Monday night’s finale, Meyer shared a promising update on social media following the episode.

Sharing a photo of the two of them and Bristol’s son Tripp at a paintball park together, Bristol’s ex promised to try harder to keep it cordial between them going forward and expressed regret for some of his comments on the show.

"In regards to the comment on tonight’s @teenmom episode insinuating Bristol is anything other than a great mother is deeply regretted on my part," he wrote. "Looking back and seeing my behavior does not represent the man that I strive to be. Going forward I have made the commitment to Bristol to work towards a better relationship and putting our children’s best interest before my own."

Bristol also posted another image from the day at the paintball park, captioning the photo, "parents vs kids, most fun ever."

parents vs kids, most fun ever ??

On Monday’s finale, the two met up for a rare face-to-face meeting, so they could hash out their issues and attempt to coparent peacefully. It didn’t go well.

"My biggest concern is doing what’s best for the girls and not just sticking it to each other," Bristol told her ex. "I need advice on how not to bug you and how to communicate better with you."

"The best way for you to communicate with me is not talk about me, not bring me up, not put me in your social media," he replied. "I don’t need you to understand me, you should have tried that when we were married. Honestly Bristol, everything that I’ve done has been in response to you. I just want you to leave me alone. Go be happy. I’m glad you’re happy now. Since you’ve been gone, ask me how many anxiety attacks I’ve had, zero."

"It makes me happy to hear that," Bristol said, in a way that did not seem like she was actually happy at all. When Dakota then said he really didn’t want any communication with her unless it had to do with their daughters, Bristol started getting fired up.

"Don’t flatter yourself thinking that I want to talk to you," she shot back. "We have to get along and the fact that you’ve got this smirk on your face — I can see it in your eyes just like I’ve always seen it in your eyes — that’s why I couldn’t stay in the marriage any longer because of this."

He then asked what she would consider a "successful" relationship between the two going forward. "A coparent that doesn’t talk to me this way, Dakota," she replied, clearly frustrated. "A coparent that doesn’t steal from me. You’ve got major issues that have nothing to do with me. I think you’ve had these issues since before we were married and I think you need to work on yourself Dakota, just like I’m working on myself."

The fight had clearly escalated beyond the point of no return, as Dakota told her, "There’s one of us on this show who’s being real and one of us who’s acting. We can have a better relationship for our daughters when you stop being a compulsive liar."

With that, Palin walked away.

"I’m done with this conversation," she said as she left in a huff. "You’re a piece of work. I’m not dealing with it."