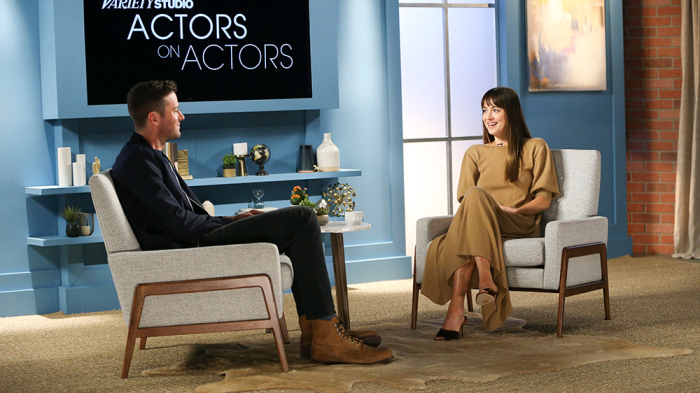 When it comes to doing studio films versus independent projects, “It’s all in how you decide it’s gonna be,” says Dakota Johnson to Armie Hammer during their Variety Actors on Actors conversation.

“Sometimes with studio films there’s so many cooks in the kitchen and so many creative quotas you need to hit,” Johnson says. “With more independent films you have the freedom of finding and cultivating the magic of that movie specifically instead of trying to cater to the masses.”

Still, she insists she has no bias toward one or the other. “I just love making movies,” she says. “I kind of just want to get to a place where I enjoy both processes equally.”

In Hammer’s opinion, comparing studio films to independent films is like “apples and oranges.”

What matters most to him is the craft itself. “As an actor, you don’t get to do your art all the time,” he says. “You need someone to give you a job in order to do what you love.”

With independent films, he says, “you feel like you are integral to making this happen, whereas sometimes on big studio movies, you feel like little tiny cog in a big machine.”

Though Hammer hasn’t made a studio film in six years, he maintains that “at the end of the day, I’m really proud to look back at the independent films that I’ve done and say that I participated and I was a part of that,” he says. “I just feel really creatively satiated.”

When is The Undateables at Christmas on Channel 4, how is the special different and has anyone got married?