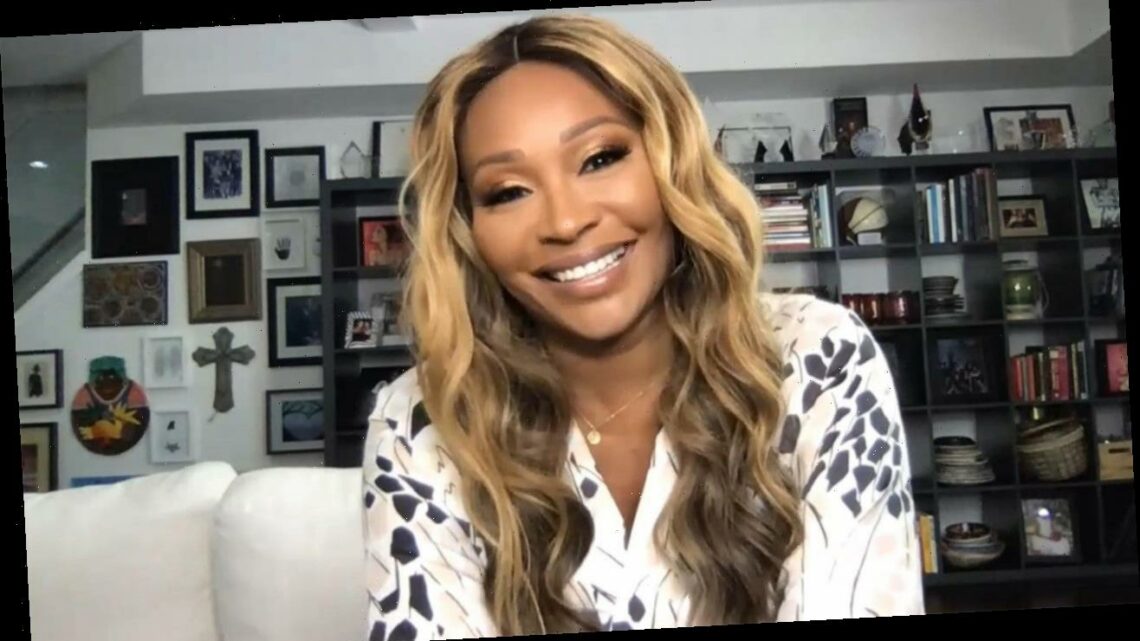 Here comes the bride… again! Cynthia Bailey is set to walk down the aisle for a second time this Saturday and The Real Housewives of Atlanta cameras will be rolling, marking a Housewives franchise first: one star tying the knot twice on TV.

“Yeah, go figure,” the 53-year-old tells ET of the history-making moment. “This will be the last wedding you will see on the Housewives, I can tell you that. I don’t know what God has for us, but you will not be seeing another wedding from Cynthia Bailey. This is it.”

Cynthia married her first husband, Peter Thomas, during her first season on RHOA (the show’s third). Now, she’ll say “I do” to sportscaster Mike Hill for an episode set to air in season 13 of the Bravo hit.

“I went into my first marriage ready to work and I gave it my all,” Cynthia says. “I am where I am now, and I am certainly excited about my marriage to Mike. I am super optimistic that this is my happy ending and my forever.”

Cynthia says wedding No. 2 is different for a number of reasons: One, it’s a different guy and two, the world is in the middle of a pandemic. Cynthia and Mike settled on their wedding date — Oct. 10, 2020 — more than a year ago, and have spent the last several months tweaking plans to accommodate COVID-19 safety protocols.

“10/10/20 is our perfect date, although it didn’t seem so perfect when the pandemic hit,” Cynthia confesses. “COVID-19 and everything that’s been going on in the world … but I feel like in my heart — and Mike agrees — that this is our date and we just want to do it. I don’t know what’s going to happen next year. You know, a lot of people were telling us initially, like in March, ‘Oh, you guys will be fine by October.’ Well not so much. Everyone’s still in masks.”

“And then everyone will say, ‘Oh well, you know you guys will be fine to do it next year,’ but I really predict — and I’m not, like, a scientist or anything — but I just really think that if we have the wedding next year, we will still be in mask and face shields. So we’re just gonna go ahead and let it do what it do. It is what it is.” 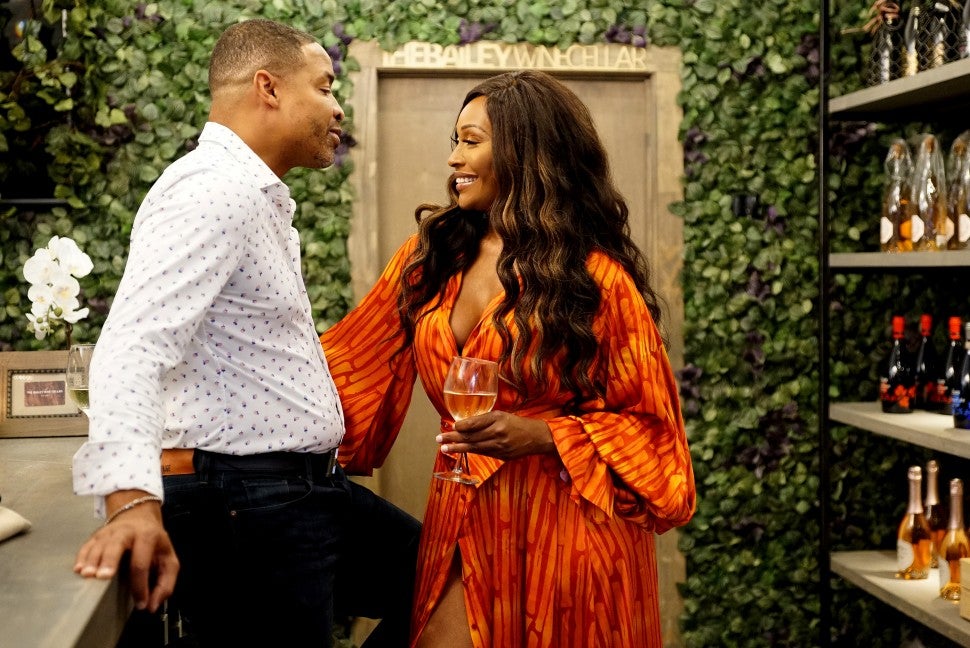 On top of coronavirus precautions the RHOA cast and crew have worked under while filming season 13, Cynthia and Mike have instituted their own rules for the wedding, which is taking place in Acworth, Georgia: temperature checks, mandatory hand-washing to enter the event and masks required. Former Real Housewives of New York City star Jill Zarin and her daughter, Ally Shapiro, supplied custom-made face coverings for the socially distanced soiree. Security will be on hand to make sure everyone is abiding by the rules, only removing their masks and face shields to eat and drink.

“It’s been a nightmare,” Cynthia says of the constant changes. “I’ve changed the plans one million times, honestly.”

“We went from it being indoor to outdoor to figuring out [how to] make it completely outdoor,” she adds. “Now we’re back to indoor-outdoor. Of course, the forecast says not only is it going to be cold — which I was told, ‘Oh, 10/10/20, October is the perfect time to have a wedding in Atlanta, Georgia. They do this all the time. … Well, apparently it’s gonna be 50 to 60 degrees and 90 percent chance of rain, I just read.”

Cynthia and Mike initially invited 250 guests, expecting that the number of “yes” RSVPs would be far less due to the pandemic.

“We thought maybe 100 will come, because most of our guests are from out of town and, you know, Atlanta is a hotspot. Literally, it backfired,” Cynthia says. “Everyone’s been cooped up for six months. They’re like, ‘Give me my mask, give me my shield, we don’t want to miss this.’ So we have a full house.”

“We’ve done everything — I’ve almost talked my guests out of coming at this point with so many rules and updates saying, ‘Hey, just want to let you know we have 250 people coming. If you don’t adhere to the rules, you will be asked to leave. You can’t do this, you can’t do that…'” she adds, “and they’re still like, ‘I’m still coming.'”

Cynthia’s RHOA co-stars past and present will be on hand for the big day — Eva Marcille is a bridesmaid — but it remains to be seen if NeNe Leakes will make an appearance. Cynthia and NeNe’s friendship has been up and down over the years (fans will recall the broken “friendship contract”), but Cynthia says she did send her pal an invite… she just never heard back. After NeNe announced her departure from Housewives last month, Cynthia isn’t sure she’ll show up. 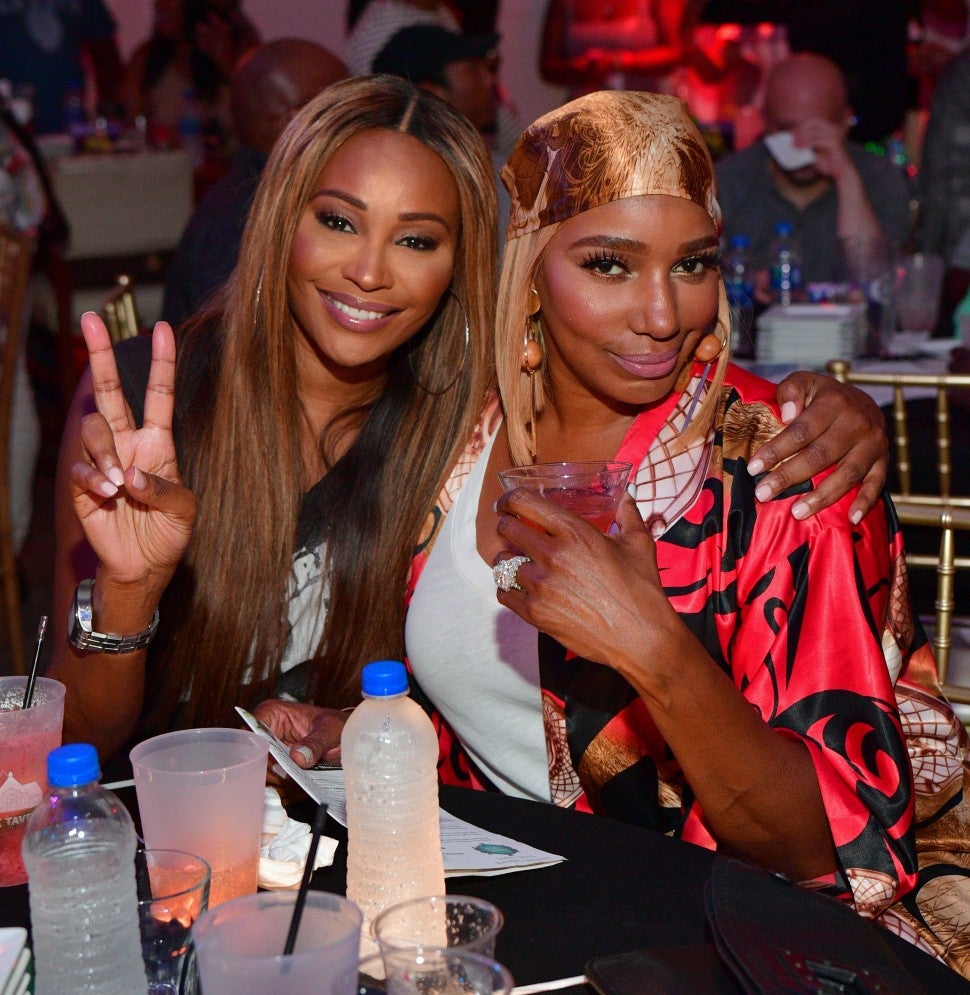 “I’m kind of torn about it because part of me, like, I’ve wanted to pick up the phone a couple times,” Cynthia admits. “Call NeNe and just say, ‘Hey, are you good?’ … I honestly have literally thought many times, let me just call and see if she really wants to come.”

“I just want to respect her space because, like you guys, I’m just kind of watching everything and she’s obviously going through a lot of things,” she continues. “I don’t want to be like, ‘Hey, I know you’re going through a tough time, but are you gonna come to my wedding?’ But she knows — I mean, I’m putting it out there right now — my phone number’s still the same, and we don’t have each other blocked anymore so she can get through text messages coming through. I’m here.”

There is one thing Cynthia knows for sure about her big day: she won’t be letting her marriage license out of her sight. At her first wedding, Cynthia’s sister and mom hid the certificate from the supermodel, as they had reservations about her marrying Peter at the time.

“I’m literally gonna fold it up and put it into my bra,” she quips. “Whip it out at the wedding. Like, I’m not letting that thing out of my sight this time.”

Cynthia’s wedding will air on The Real Housewives of Atlanta sometime next year. For more on Cynthia and her partnership with Seagram’s Escapes Holiday Marketplace, check out the video and links below.