Home » TV & Movies » Courteney Cox on Her Relationship with 'Partner' Johnny McDaid: 'He’s My One' 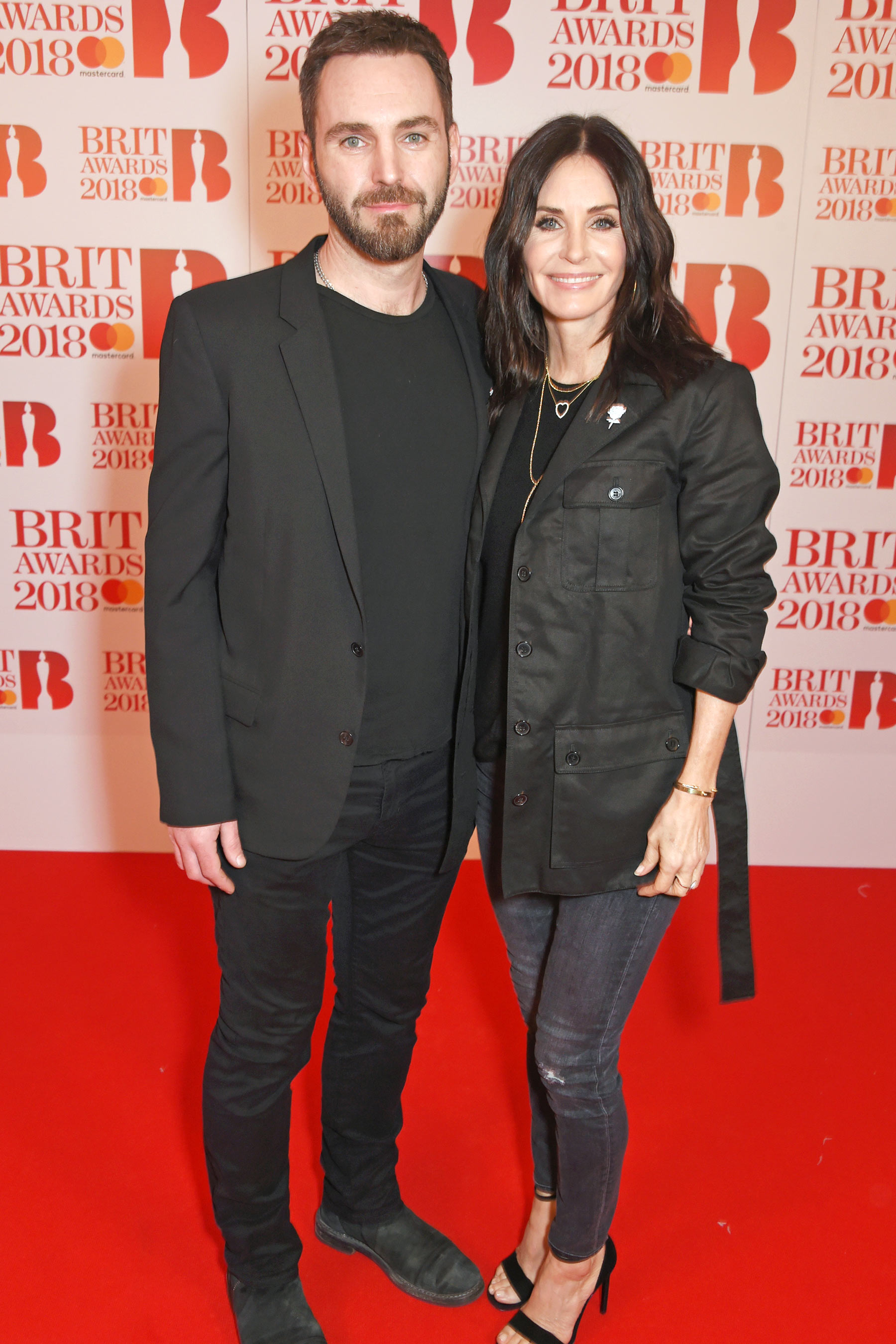 Courteney Cox on Her Relationship with 'Partner' Johnny McDaid: 'He’s My One'

Courteney Cox has yet to walk down the aisle to wed longtime love Johnny McDaid, but she has no doubt he’s her lobster.

On Monday, the Friends alum, 54, swung by Jimmy Kimmel Live! where she opened up about her relationship with the Snow Patrol musician — whom she got engaged to in 2014 before splitting up and eventually reuniting.

McDaid, 42, has another term for Cox. “He’s my partner, that’s what he calls it, ‘my partner,’ ” Cox said,  admitting she struggles with that word sometimes. “I’m from Alabama, so you don’t really say partner unless you’re in the same sex. … Saying partner is difficult for me!”

The word has led to some confusion in the past, too. “I was in Atlanta not that long ago and I was like, ‘Oh, I’m supposed to meet my partner in section F,’ and they were like, ‘Oh, I’m sure she’s going to be there, don’t worry about it,’ ” Cox recalled, with a laugh. “Not that it matters, but it’s just a different way to speak.”

Cox and McDaid first began dating in January 2014 and were engaged six months later, before calling it off in late 2015. However, in April 2016, the couple reunited with a kiss at London’s Heathrow Airport.

“I don’t know if you can put a label on what makes us work, but I know that I’ve never loved like I love this woman, so if that’s enough, then that’s enough,” McDaid told PEOPLE in May 2016 about the pair’s relationship.

In October 2018, Cox told PEOPLE that she feels like the two have already tied the knot. “We’re not married,” she said, remarking, “I’m married in my heart.”

When asked whether that meant that the pair didn’t have an actual ceremony, McDaid sweetly answered, “We have one every morning when we look at each other.”

“My thoughts are never without Court. She’s my best friend. She’s my partner, in everything,” he shared, before detailing one of the romantic ways he illustrates those feelings. “When I write her poems, it’s just an extension of how I feel every second anyway, and that’s true for me.”

Also during her appearance on Jimmy Kimmel Live!, Cox revealed how she and McDaid celebrated the new year.

The pair were together alongside Cox’s 14-year-old daughter, Coco, and her friend at the Babington House in Somerset, England, about 2½ hours outside of London. It was the third year the blended family celebrated there.

“It’s the most beautiful place,” Cox said. “It’s fantastic. You eat dinner with these great, eccentric people [on New Year’s Eve] and the next day you wake up and you go to this pub. And you walk for 45 minutes and go to this small little place.”

All was well there — but when they started walking back later in the evening, the group got lost in the dark. “It was getting scarier and scarier,” Cox said. “And we were following the lead of two teenagers. And that’s not a great idea.”

Eventually, they found themselves in a field of rams. “Those are dangerous animals, we were petrified,” Cox joked. “We had to run by an electrical fence to get out. It was a nightmare, but it was one of the most fun days. 45 minutes, took us like 3 hours to get home.”