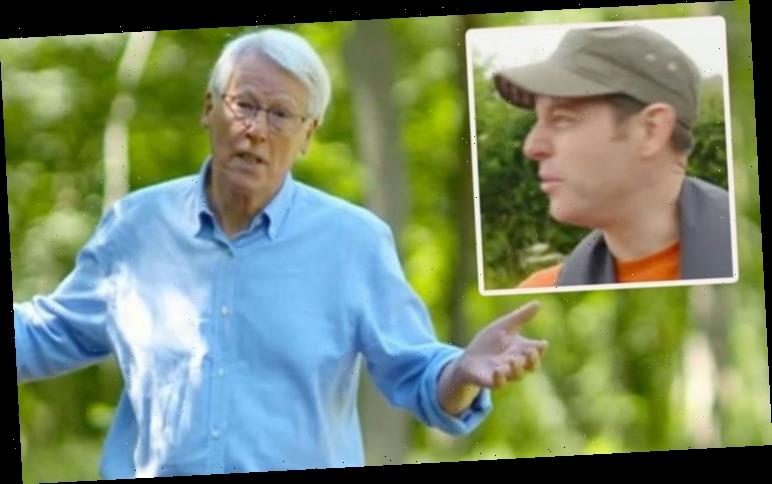 John, 79, was hand to host Sunday’s instalment of Countryfile which featured on the Grand Union Canal, a river system which runs from London to Birmingham. Whilst his colleague Matt Baker, 42, learnt more about the topic of the programme, the television presenting veteran launched this year’s calendar competition which invites BBC viewers to submit their photographic entries of the countryside to become the cover image. Usually, the rules are pretty much the same year-on-year but they have been changed recently as a result of the coronavirus crisis. For this reason, the way people submit their entries will be a little different and will all follow one procedure – a historic moment for the programme.

Building up the momentum to provide the finer details of the competition, John said: “Every season, an abundance of wildlife and colour transforms our countrysides, our towns and our cities.

“And this year, we’ve noticed these changes more than ever,” he continued, making reference to the global pandemic.

The presenter added: “In these difficult times, nature has thrived as we’ve stood still. From tiny buds in Spring to bright blooms in Summer, a kaleidoscope of colour in Autumn to snow top hills in Winter, throughout the seasons our country oozes beauty no matter what.”

Hinting at the views and scenes viewers would be able to capture with any photographic device, the stalwart then went on to explain the rules of the competition.

However, for the first time in the show’s history, participants will only be able to submit their entries online due to the limited scope of team members who will be judging the images. 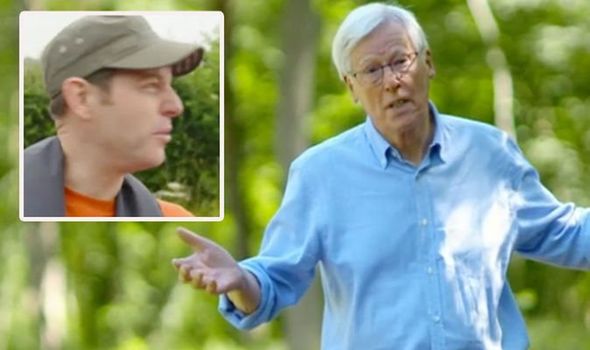 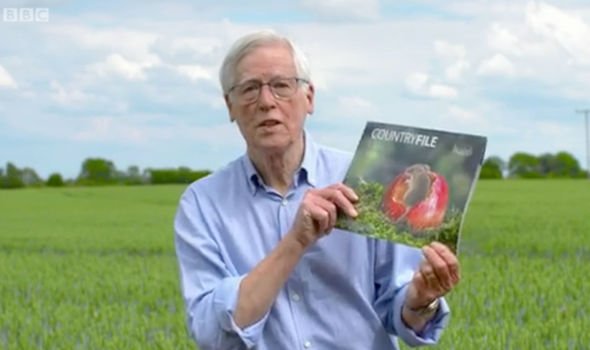 Advising amateur photographers they could use a camera, mobile or tablet to take the images, John revealed he would be on the judging panel alongside broadcaster Simon King and singer Cerys Matthews, 51.

The presenter explained even the launch was a little different as usually the trio would be seen together to inform viewers of the details.

Tens of thousands of applicants submitted entries last year and even under the current circumstances, the team behind the calendar competition is hoping for the same again.

Getting into the nitty-gritty, the presenter explained: “Follow the countryside code and take care not to disturb any animals, especially protected ones, or damage the environment.” 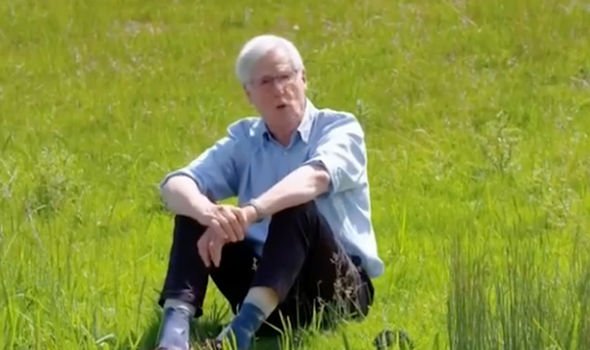 The Countryfile host continued: “Whatever your interpretation of [the theme] Bright and Beautiful, we must remind you pictures of pets are not eligible.

“Nor are zoo animals or images of UK wildlife in captivity,” he added, with Simon reminding viewers a landscape angle would be the best to take the images.

John then made the historic announcement as he said: “Pictures that have won national or international competitions or have been taken by professional photographers just can’t be submitted.

“The pictures must have been taken in the UK and I’m sorry but this year, we’re only accepting online entries – no prints.”

With the competition changes outlined, the presenter then explained the deadline for entries would be midnight Friday July 31.

“You’ve got just under four weeks to send in your entries,” John urged, with viewers taking to Twitter to comment on applying.

One posted: “#countryfile The launch of the photography competition always makes me realise just how quickly the year is going. I swear it’s only 5 minutes since last year!”

“#Countryfile time to fire up that adobe photoshop,” a second added, whilst a third wrote: “#Countryfile Ooo cracking theme this year!”

All money made from the competition will go towards the Children In Need appeal, which aims to help unprivileged youngsters across the UK.

There will be prizes for the winners, too, as 12 lucky applicants will have their images featured in the calendar.

Viewers will then vote from the judge’s selection as to who is worthy of the cover photo, who will then receive a £1,000 gift card to spend on photography equipment.

The panel’s favourite submission will also receive a gift card of a value of £500 to spend at any number of photographic outlets.

Countryfile continues Sunday at 7pm on BBC One.

Calling All Solopreneurs! Here’s Your Go To Guide To Video Marketing