Home » TV & Movies » 'Counting On': The Duggar Family Addresses Why Jessa Duggar Took a Break From Instagram With Bizarre Update 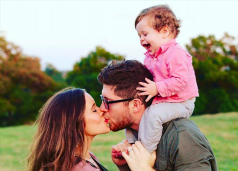 'Counting On': The Duggar Family Addresses Why Jessa Duggar Took a Break From Instagram With Bizarre Update

Taking a break from Instagram is a totally normal, healthy thing to do. But when you’re a beloved member of one of the most famous reality show families in history, prolonged social media absences seem a little strange. At least that’s what Jessa Duggar’s followers are saying.

Counting On fans are obsessed with following along asthe Duggar kids raisetheir families and live their lives. The show is one way to do this. But equallyimportant is the frequent posts that Jill, Jinger, Jessa, Jana, and the restof the crew make on Instagram. They help everyone get a glimpse into the Duggarfamily’s private lives. However, everyone was disappointed when Jessa Duggar tookmore than a month off from posting anything. Conspiracy theorists are wondering— what exactlyhappened to Jessa Seewald?

Now that summer’s coming to a close, everyone is wondering what happened to Jessa. The last thing she posted on Instagram was a beautiful photo of new daughter Ivy snuggled in her car seat with a pacifier.

“I pretty much only giveher a pacifier for car rides, so she’s not super good at taking it— but everytime it goes in her mouth, she puts both little fists up on her cheeks likethis,” Jessa captioned her post, which she shared on July 10.

Her radiosilence ever since has inspired some of Jessa’s 2 million fans to commenton the photo, saying things like, “Ihope you’re OK. Been missing your posts,” and “Would love to see Ivynow.”

Duggar parents Jim Bob and Michelle have their own Instagram account where they frequently share photos of their younger kids still living at home and send birthday wishes to their grown and married offspring. But their latest post has Counting On fans scratching their heads.

The image they shared shows Jessa Duggar’s husband Ben Seewald riding a carousel with his son. It was a strange update since the Duggars don’t typically feature spouses in their photo updates — at least not solo photos of them.

Fans flooded the commentssection with questions

As expected, Duggar fans were quick to start asking in the comments where Jessa was and how she was doing. “What is wrong with Jessa?” one fan asked ominously. “Hope everything is ok with Jessa! She hasn’t posted in a while,” another said. That comment got a response from the Duggars, though. “She is doing great! Busy taking care of her little ones!” they said in reply with a smiley face emoji.

That answer makes a lot of sense. With three young children at home — including one who’s a newborn — it’s reasonable to believe that Jessa doesn’t have a lot of free time anymore. It’s clear that posting updates to Instagram is the last thing on her mind.

Fans hope to see some updates from Jessa Duggar soon

It’s Jessa Duggar’sdecision if she wants to take a hiatus from social media while she adjusts tolife as a mom of three. However, fans are hoping she’ll be back soon and sharenew photos of baby Ivy, who probably looks quite more grown up since we lastsaw her.

We’ll be keeping our eyespeeled for any updated photos in the near future!

Arsenal are not fighting for top four this season… they are going for the TITLE, insists Aubameyang – The Sun