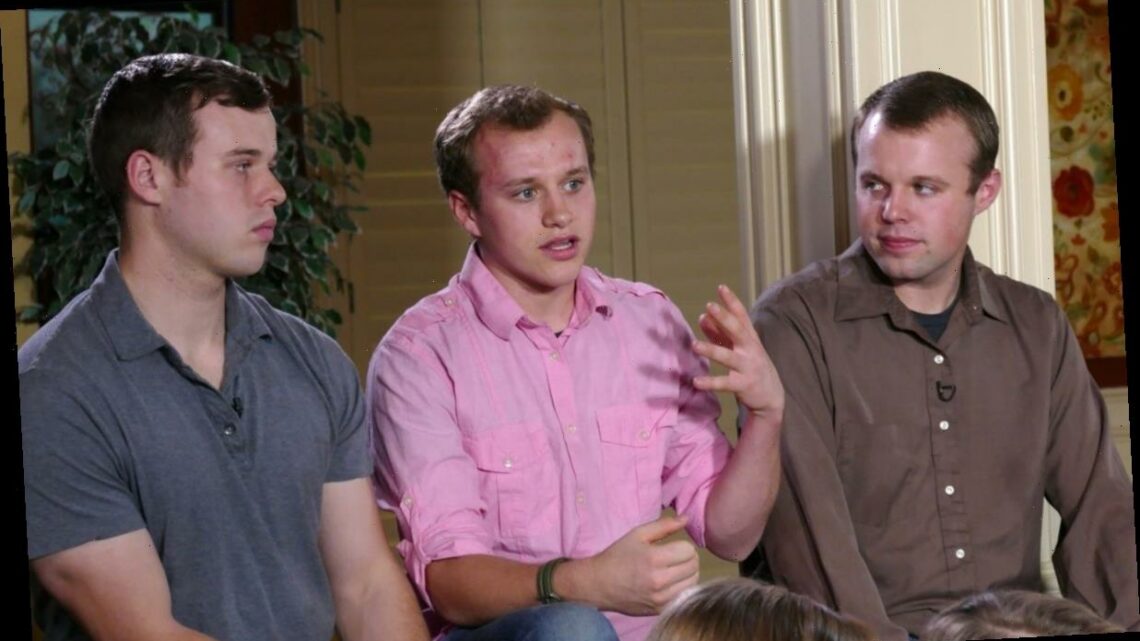 The Bates family and the Duggar family seem to have a lot in common at first glance. Both families have 19 children, and both belong to the same ultra-conservative Christian ministry. The families’ children are close friends, and both have reality TV shows. It was long assumed that, at some point, kids from the two families would court and marry, but that hasn’t happened yet. Rumors have swirled about a couple of pairings, but neither family has confirmed any romance. However, family followers may have just uncovered evidence that Carlin Bates and Joseph Duggar had a failed courtship.

Carlin Bates admitted to being broken up with

Carlin is happily married to Evan Stewart now, but Evan wasn’t her first romantic interest. In a lengthy YouTube video, Carlin admitted that she had been dumped before and wasn’t particularly interested in starting a new relationship when Evan began to show an interest in her. Carlin didn’t mention who she had courted before meeting Evan, but fans have one idea. Everyone seems to think the Bates and the Duggars were almost in-laws.

Before she began dating Evan in 2016, Joe was spending an awful lot of time with the Bates family at their home in Tennessee. Yes, the then 20-year-old Joe was said to be attending college in the area, and he remains close to the Bates boys, but family critics think he was hanging around the house for another reason. It hasn’t gone unnoticed that Carlin’s alleged heartbreak seemed to coincide with Joe’s sudden decision to return to his home state of Arkansas, abandoning his education plans in the process.

While Carlin’s admission that she had been broken up with seemed like proof of a Duggar/Bates courtship, there was nothing definitive to link the pair, just coincidence and hearsay. That is, until now. One Reddit user found evidence that seems to put the two together romantically shortly before Carlin met Evan and Joe started courting Kendra.

During a re-watch of Michael Bates’ wedding, the family follower spotted Joe sitting next to Carlin. That in and of itself wouldn’t be strange if other family members were around. They were not, though. Joy-Anna Duggar was seated with them, but the rest of the Bates and the Duggar family members were nowhere around. Michael married Brandon Kellen in 2015. Joe would have been about 20, and Carlin would have been 17. Carlin’s age, at the time of the wedding, and her age at the time of her heartbreak seem to suggest that he was dating Joe. It seems likely that Joy could have been serving as the pair’s chaperone. Joy and Carlin are close friends.

Will there ever be a courtship between the Duggars and the Bates family?

Joe and Carlin seemed to be courting, but that didn’t result in a marriage. Both have married other people and have children with their spouses. Carlin and Evan have one daughter, and Joe and Kendra are expecting their third child together. So, could another courtship be in the works? Fans of the two families think so.

For years, Duggar family followers have wondered if Jana Duggar, the Duggar family’s eldest daughter, would eventually court Lawson Bates, the eldest available Bates boy. While the two appear to be friends, romance doesn’t seem likely. Jackson, Isaiah, and Warden Bates are all in the same age group as Johannah Duggar, who turned 15 in October. If one of the Bates sons were to court Johannah, any announcement would still be years away. Judson Bates is close in age to Jordyn and Josie Duggar, but they are all 12 and under, so romance certainly isn’t in the air yet.