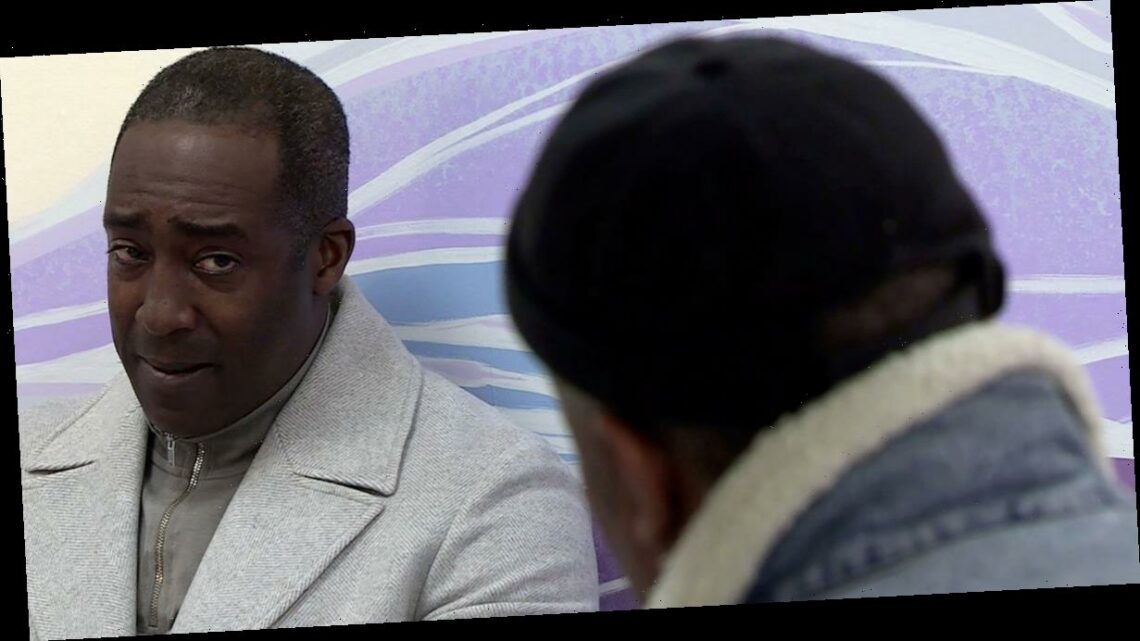 The newcomer has been harbouring a shocking secret for over three decades which could destroy his family.

However, Ed's wife Aggie Bailey (Loran Laidlaw) has been hostile towards hm and the truth behind their tension is set to emerge.

Speaking to Daily Star and other press about the storyline, Vinta explained: "He has a long-held kept secret which spans 31 years that he had a relationship with his brother's wife before his brother had met his current wife. "His recent issues with his own partner has allowed him to come to terms with something that he should be dealing with.

"It's really destroyed the fabric between him and his brother. He hasn't been able to be honest with him and it's been chewing him up."

Vinta went on to reveal that Ronnie has more than just his former relationship with Aggie to worry about.

"He thinks the timelines present a problem for them both, that being Michael could be Ronnie's son," the actor said. "Ronnie is 51 and doesn't have any children and he's yearning for that.

"I think it comes from such a deep place. I think what he wants is to be honest with his brother.

"He's finally coming to deal with some demons and hopes their relationship can bounce back."

Vinta remained tight-lipped over whether or not his character is revealed as Michael's biological son but went on to share his hopes for the storyline.

He said: "It would mean everything to Ronnie if Michael is his son.

"They share such a resemblance in their behaviour and their attitudes and it would be such a great thing." Corrie spoilers have revealed it all kicks off when Michael reveals Ronnie has offered to fund the gender reveal party for his baby, as Grace Vickers (Kate Spencer) approaches her due date.

Ed is annoyed when he learns Ronnie has been flashing the cash, fearing his brother is taking his place and offers to pay for the party instead.

Michael is secretly relieved as he goes ahead with the event planning.

Meanwhile, Ronnie takes a mystery call, telling the person on the other end of the line to stop bothering him. Ronnie confesses he is on a mission to expose Ronnie as his true son, and Kat's feelings are hurt when he introduces her to Ed as his business partner.

Kat pleads with Ronnie, urging him against destroying his family based on a theory about Michael's true paternity.

When Ed asks his brother about his edgy behaviour, Ronnie admits something has been on his mind and makes a dramatic confession.

Ronnie explains he is convinced Michael is his biological son, having enjoyed a fling with Aggie before she settled down with Ed over 30 years ago.

Grace and Michael's baby is born, and when Ronnie calls over to the house with presents in his arms, Ed refuses him entry, ordering him to stay away.

Meanwhile, Aggie pleads with Ed over the phone, trying her best to save their relationship, but admits she is unable to return due to her aunt's ill health.

When the identity of Michael's biological father is finally revealed, what will be the repercussions for the Bailey family?

Coronation Street airs on Mondays, Wednesdays and Fridays at 7.30pm and 8.30pm on ITV