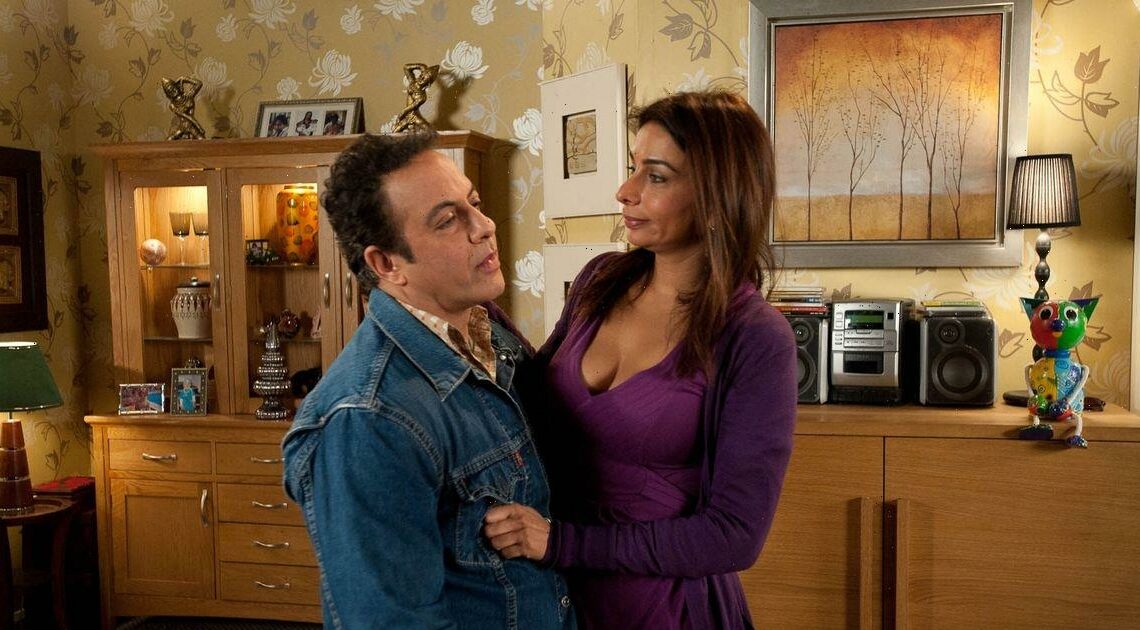 The popular shop worker was played by actress Shobna Gulati for 12 years from 2001 until 2013.

As the young lad takes the next step in his relationship, Daily Star has taken a look inside actress Shobna's life away from Weatherfield.

One of Shobna's earliest tastes of fame was when she appeared as a dancer in the music video for Boy George's 1991 single Bow Down Mister.

In the late 1990s, she appeared in both series of Victoria Wood's BBC sitcom dinnerladies.

She also played Ameena Badawi from October to December 2000 in EastEnders.

She played Ray in the West End production of Everybody's Talking About Jamie at the Apollo Theatre in 2018.

Now adapted as a screenplay, the actress plays the same part alongside Sarah Lancashire. Everybody's Talking About Jamie which was released in September last year.

The TV personalty wrote a memoir named Remember Me? Discovering My Mother as She Lost Her Memory on losing a parent to dementia based on her experience caring for her mum, who died in 2019.

Speaking on Loose Women in July this year, Shobna said her mother wanted to keep her condition a "secret", adding that she "didn’t want to admit to her mental illness at all.".

"The word dementia was spoken to her by the GP and that word for her was weaponised," Shobna told the ITV panelists.

When Shobna’s mum died, she shared a heartbreaking Instagram post and admitted she wasn’t sure how to live without her.

Shobna had a long-term relationship with former Emmerdale actor Gary Turner from 1999 to 2003.

"Every relationship break is difficult, but we were friends before being a couple and friendship is always there," said Shobna.

"It is odd to be single after being in a relationship for such a long time, but great too. It's just another way of being and I'm enjoying it."

Before her relationship with Gary, she divorced from architect Anshu Srivastava, to whom she was married for four years from 1990.

In 2013, Shobna dumped her toyboy lover Anthony Brown after their 17-year age gap because too apparent.

The TV star has previously revealed that one man in her life wouldn't be enough.

While talking about the time Sunita had Dev Alahan and Ciaran McCarthy were both fighting over her character Sunita, the actress said in an interview: ""I believe all girls should have two partners because you get different things from different people, don't you?

"Take Sunita – Dev and Ciaran couldn't be more different. Neither could Jimmi Harkishin and Keith Duffy, who play them, but I get on brilliantly with them both."

Shobna revealed last year that she wants to return to Corrie as Sunita's evil twin.

Speaking on an episode of Soap From The Box, the actress said: "They should bring me back as Sunita's twin.

"The mean twin, the mean Sunita. It would be nice to go back because as an actor, it's really hard, isn't it? In terms of any kind of security that you might want to have."

Olivia Wilde gets candid about custody battle with ex Jason Sudeikis: 'There’s a reason I left that relationship'