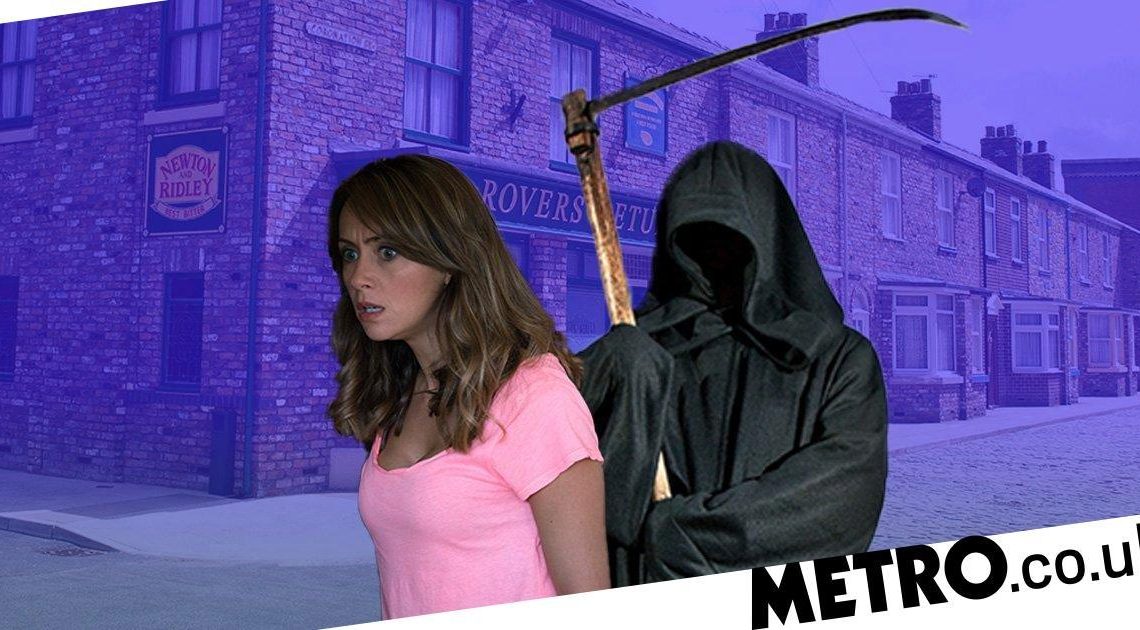 It’s fair to say that death has blighted the life of Coronation Street’s black widow Maria Connor – locals no longer with us who have dated her include Aidan Connor, Luke Britton, Tony Gordon and Liam Connor to name but a few. But the tables could soon be turned on her – as she heads on a date whose own past lovers, all of whom had names ending with the letter ‘a’, have died in mysterious circumstances?

Could Maria be about to get a taste of her own medicine as she heads on the creepiest date she will probably ever have – and that includes the guy who likes to dress up as a dog for a fetish?

Samia Longchambon, who plays her, told us: ‘There’s one date she has whose girlfriends have all died under suspicious circumstances and all of their names end with the letter ‘a’. Maria literally legs it out of the bistro.’

Eventually, she finds herself sharing a kiss with Ali Neeson (James Burrows) – and Samia admits that she is always nervous for actors who get paired with her as their characters always end up meeting a grisly end.

She laughed: ‘Oh yeah, she’s the black widow – she actually had loads in common with that date, they could have bonded over that. I joke to everyone who gets with me, you’ll either get written out, want to leave or just die. It seems to happen with everyone. There’s been Aidan, Charlie, Liam, Luke, Tony – there’s loads. Tyrone had better watch his back!

‘You don’t know where they’re going to end up once they’ve got with Maria!’

However, that said, Samia is hopeful that this new relationship could last – by Maria’s standards anyway.

Asked whether she thinks Maria and Ali make a good couple, she mused: ‘I think so. They’re both single for a start so she’s not starting off her usual way which is to have an affair with him! He seems to really like her and he’s not bothered by the fact she’s got Liam. We’ll see.

‘A happy relationship would be a new one for Maria. It never really ends well with Maria and that’s part of the fun of playing her. She’s not a bad girl, she just makes very bad choices. But it’s always fun to play – lasting the distance is a possibility but that distance is never really very far for Maria!’