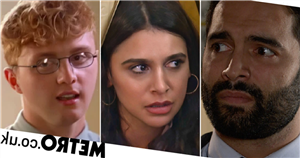 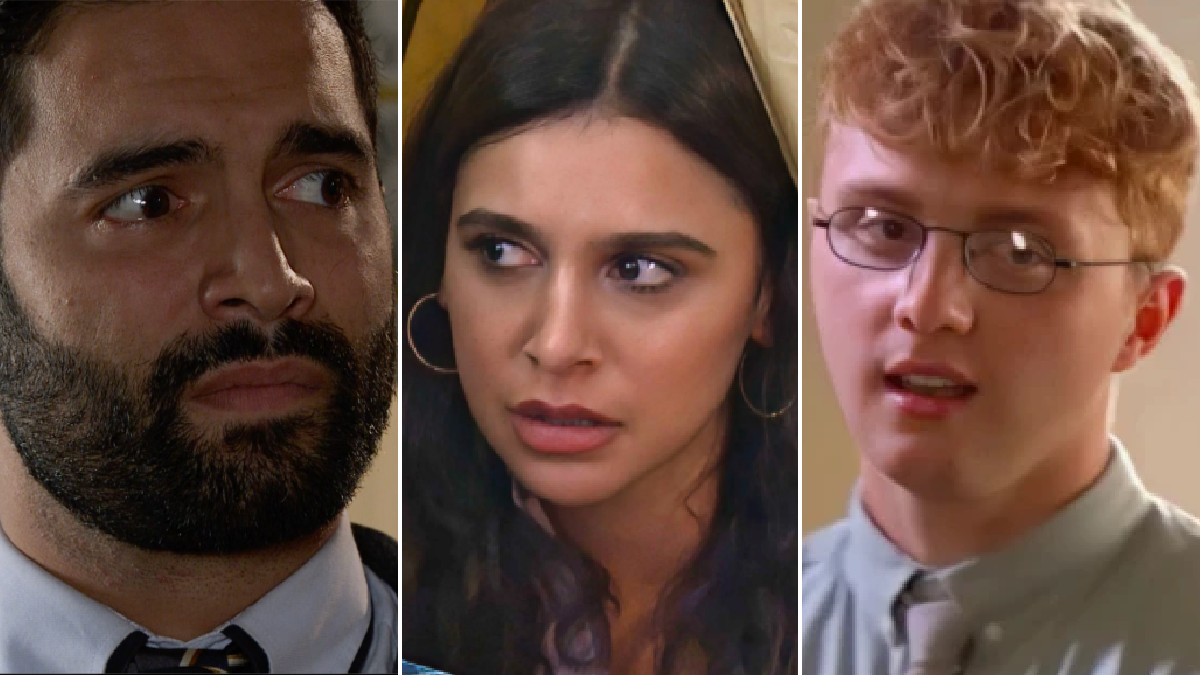 There are shocking revelations and discoveries aplenty in the soaps this week, as some come clean while others reveal what they’re truly up to.

Imran Habeeb at last opens up in Coronation Street, telling Toyah Battersby all about his one-night-stand, while Emmerdale’s Meena Jutla sets her sights on her next victim.

Timmy Simons is exposed in Hollyoaks, as Peri Lomax starts to piece everything together, but things soon take a shocking turn and Peri is left in terrifying danger.

EastEnders, meanwhile, sees Kim Fox stunned when she overhears a taxi booking for a man named Vince Hubbard, but is her husband back after all these years?

If you fancy a little preview to tide you over before things kick off tonight, then here’s our 10 must-see moments from the week ahead!

Don’t say we don’t spoil you!

Abi returns and apologises for putting Kevin and Jack through hell. However, she makes it clear that she might not be staying put. Jack is distraught, and Abi claims she doesn’t want to reschedule the wedding due to the organising involved, but Kevin promises her that he and Debbie will do it all. She reluctantly agrees, much to Kevin’s delight, but Nina is suspicious of her. Later in the week, Nina pays Abi a visit – but what will she have to say?

Kim learns the truth about Vincent in EastEnders?

Kim is stunned when she overhears Mitch taking a cab booking for a Vince Hubbard. Phil overhears, adamant she leave the matter alone but Kim tracks the booking to the Walford East. Matters get more confusing when she finds a children’s entertainer in a costume claiming to be Vince. When she confronts him she spots his wallet, sure it’s her husbands but he hightails it out of there. Phil makes it clear Kim needs to stop digging for information or there could be serious consequences. Denise pleads with Kim to leave the matter alone.

Will tells Kim about dead Malone’s body in Emmerdale

Will’s worst fears are realised when Kim agrees to let Priya and Ellis move their base camp for the survival event to the site of Malone’s body. Sensing that he’s hiding something, Kim demands that Will come clean, and eventually he does just that, explaining that the site in question is where he buried ‘the body’! Kim is stunned, and later she comes to a decision. Will, meanwhile, flees the village.

One to watch: Thursday October 14 at 7pm on ITV.

Timmy is flustered, and when Peri quizzes him on what’s wrong, he lies about a break-up, claiming that he’s now homeless. Peri, feeling sympathetic, agrees to let him stay the night at her house. But she soon grows suspicious, and Timmy’s lies start to unravel. Juliet comes to her ex’s rescue, bursting in through the door. The question is: will she and Peri be able to overpower unhinged Timmy?

Toyah informs Imran that they’ve been asked to foster a four-year-old, and he struggles to juggle this news with Sabeen’s demands for more information about Harvey. When Rita sees through his latest bid to ingratiate himself, Imran has enough, telling Sabeen that the blackmail has to stop. Afterwards, he opens up to Toyah – telling her all about Sabeen’s blackmail plan, and his one night stand with a stranger. But has he told her the whole truth?

Ash is stunned by Harvey’s comments in EastEnders

A drunken Ash throws up all over Harvey’s cab on her way home, leaving him less than impressed. She soon realises she’s left her work pass somewhere, but her mind is elsewhere, as she’s getting through her assessment when a patient refuses to be treated by her because she’s not white. To make matters worse, she’s being reported for failing to inform the hospital that her badge was missing. Harvey later berates her for ruining his cab and makes a comment that stops her in her tracks.

Victoria is heartbroken when Meena tells her David wants her to stay away, but she soon decides to get to the bottom of what’s going on for herself, slipping into his home. But Meena catches her, and starts unbuttoning her blouse for David. Victoria reveals herself, and David tells her to sort herself out. However, he later confesses his love to Victoria, but little do they know Meena has heard every word – and she wastes little time in plotting Vic’s demise!

Sienna lets slip about the existence of a mystery witness, who allegedly saw Brody’s murder. Warren decides to take action, and thus tucks a gun into his waistband and sets off. Sienna’s mystery eye-witness is later revealed to be none other than Donna-Marie! She meets with Sienna at the cafe, and trades in lunch for the witness statement.

Dev is intrigued when he bumps into Natasha, who is planning on buying the salon so that Sam can be closer to Nick and his family. Bernie notices Dev’s interest in Natasha, and decides to wind him up, allowing him to think Natasha fancies him. Natasha later turns Dev down when he asks her out, leaving Bernie in stitches.

Janine makes an effort to impress Scarlett in EastEnders

Scarlett wants to do a school project on Helen Keller leaving Janine upset that she’s not her daughter’s hero. Determined to get in her good books, she spins a tale, but Scarlett remains uninterested. However, Scarlett’s school project is ruined by Bert and Ernie, and thus she asks Janine if her friends, who are deaf, will give a talk at school instead. Janine is determined to prove herself, so she asks for Frankie’s help again and later gives a presentation to Scarlett’s class.