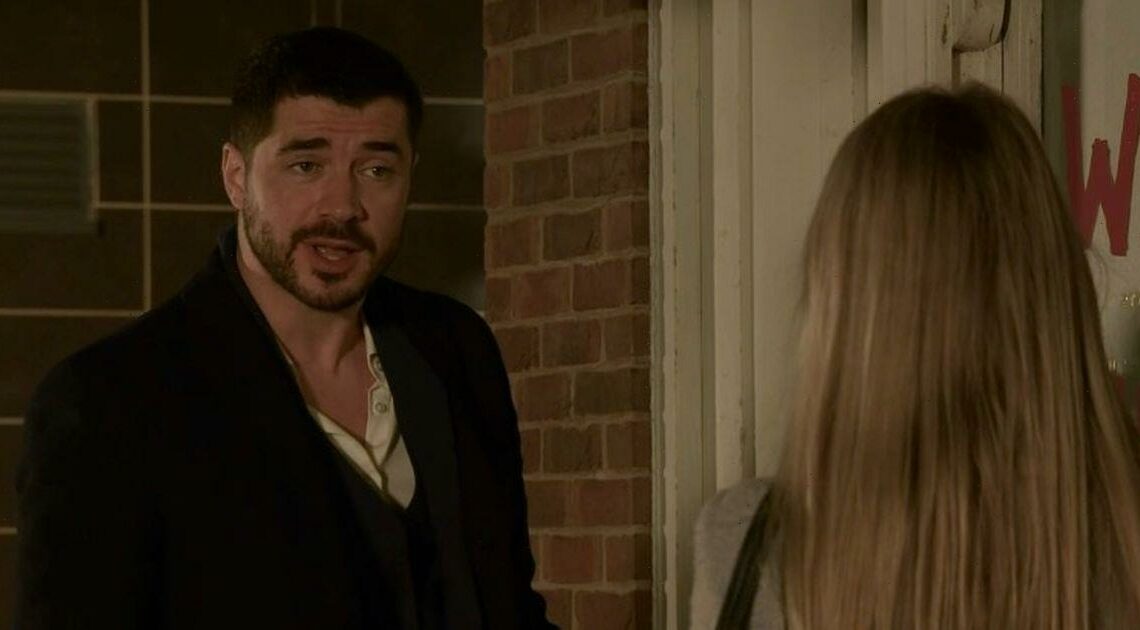 Coronation Street fans think they have "uncovered" a shocking Sarah Barlow twist after her husband Adam was targeted by an enemy twice.

Earlier this week, Adam wrongly accused newcomer Lydia, who fans think her son could be Adam's due to their past fling, of keying his car, which resulted in her getting drunk and losing her job.

However, it wasn't long until PC Craig Tinker revealed to a stunned Adam that Lydia wasn't behind the damage and it was actually Jeremy Bremner, a disgruntled loser of a court case he recently worked on.

During Wednesday's episode, Adam was targeted again as someone graffitied "Barlow is scum" on his office window, which he linked to Jeremy Bremner.

Sarah was left stunned over the damage as she demanded: "Hey, who did this?" to which Adam replied: "Oh, it's obviously the same idiot who keyed my car! He's obsessed, he won't accept that he's lost!"

To which she commented: "Well, he's making it pretty obvious who did it…"

Sarah added: "Well I hope he gets bored soon and leaves you alone."

To which Adam threatened: "He'll push his luck and make a mistake, and when he does, I'll be down on him like a ton of bricks."

Soap watchers have now predicted that Sarah could be behind the vandalism as she has recently had several arguments with Adam over his past behaviour and the way he has treated ex Lydia on the cobbles.

One person said: "Who thinks Sarah is keying Adams car and writing graffiti on his window #Corrie."

While a different account added: "It's probably Sarah doing all this #Corrie."

Elsewhere, another soap watcher predicted that Lydia could actually be behind the vandalism after Adam cost her job, even though he helped to get her a new role after discovering he was in the wrong.

They said: "I wonder if Lydia did that graffiti? #Corrie" followed by thinking emojis.

Talking about what soap watchers can expect for 2022, the ITV soap producer admitted that Lydia, played by Shameless star Rebecca Ryan, becomes a "threat" to Adam (Sam Robertson) and Sarah's (Tina O'Brien) marriage.

For all your updates on Coronation Street, sign up to our daily OK! newsletter.