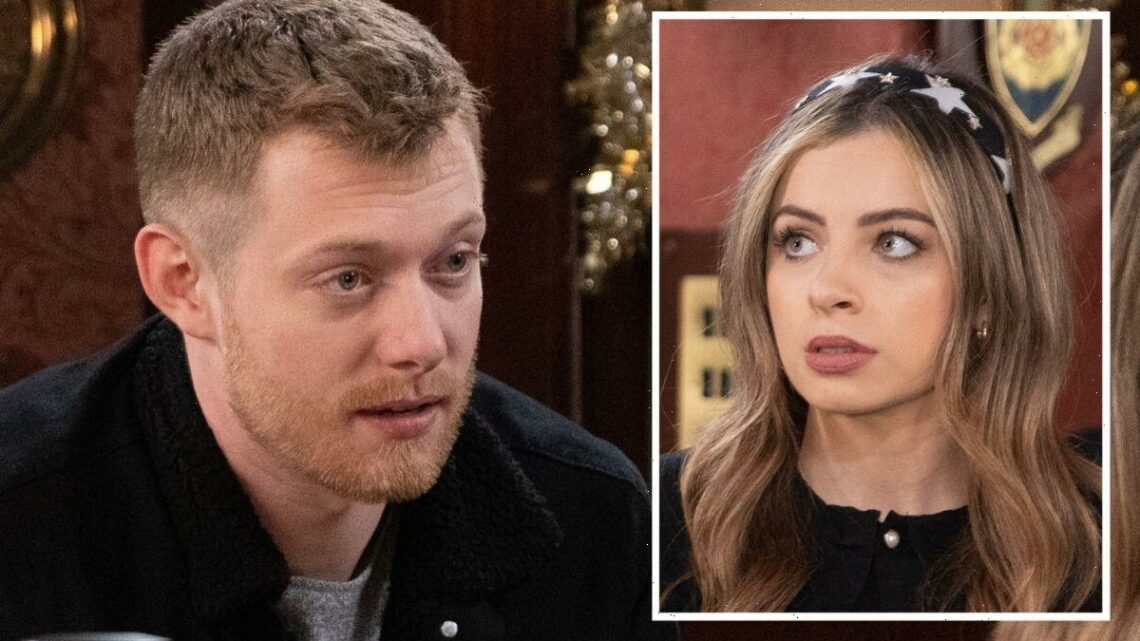 Coronation Street couple Daisy (played by Charlotte Jordan) and Daniel (Rob Mallard) haven’t had the smoothest of relationships. Rob is still suffering from the death of his wife Sinead Osbourne (Katie McGlynn) but has finally learned to love again through Daisy. However, after reacting badly to the fact she found a lump in her breast, their relationship is on tenterhooks. Official spoilers reveal Daniel wants to show how committed he is to Daisy but will she accept his proposal?

In upcoming scenes, Daniel is refusing to talk to Daisy and claims he is too weak to be of any support, leaving Adam Barlow (Samuel Robertson) to step in.

Adam explains to Daisy that he can see why she is annoyed at Daniel and his cowardice but asks her to read an article Daniel has been writing.

Daisy is taken aback when she reads about how she helped him to love again after the loss of his wife Sinead.

After taking some time apart, Daisy and Daniel attend an appointment at the breast clinic together.

Whilst waiting to be seen, Daniel explains the article failed to make the mark and won’t be published.

Sensing his upset, Daisy urges Daniel to take up teaching again as he is wasting his talents, bringing them together once again.

Later after the appointment, Daniel asks Jenny Connor (Sally Ann Matthews) for her blessing and shows her the engagement ring he has for Daisy and how he plans to surprise her.

But, as Steve McDonald (Simon Gregson), Tracy McDonald (Kate Ford), Daniel and Daisy head into No.1, they’re stunned to realise all their presents under the tree have been stolen.

Steve reports the burglary to the police and Daniel tells Jenny how the burglars took the engagement ring as he begins to panic.

Will he be able to pull off the engagement he had planned for Daisy?

The pair have only been together for just over a year and have had their fair share of ups and down throughout that time.

On top of that, Daisy is battling with the fact she might have breast cancer, so will she say yes to Daniel’s big question?

Speaking to Express.co.uk, actors Charlotte and Rob opened up on the confusing time for the couple.

When asked what made Daniel decide was now the right time to propose, Rob explained: “The realisation that having this event presented to them, a possible cancer scare.

Charlotte added: “It’s quite speedy, isn’t it? Let’s be real. No, I don’t think she has any idea. I mean, they’ve never even spoken about it.

“It’s been a year since they’ve been together really. So no, it’s not something that she’s thinking about.

“Even though she’s very much committed to Daniel and to Bertie, I think that an engagement and a wedding hasn’t even entered her brain.

“So yeah, it’s a very pleasant surprise, but it is a surprise.”

Has Charlotte confirmed Daisy will reject Daniel’s proposal and leave him broken hearted?