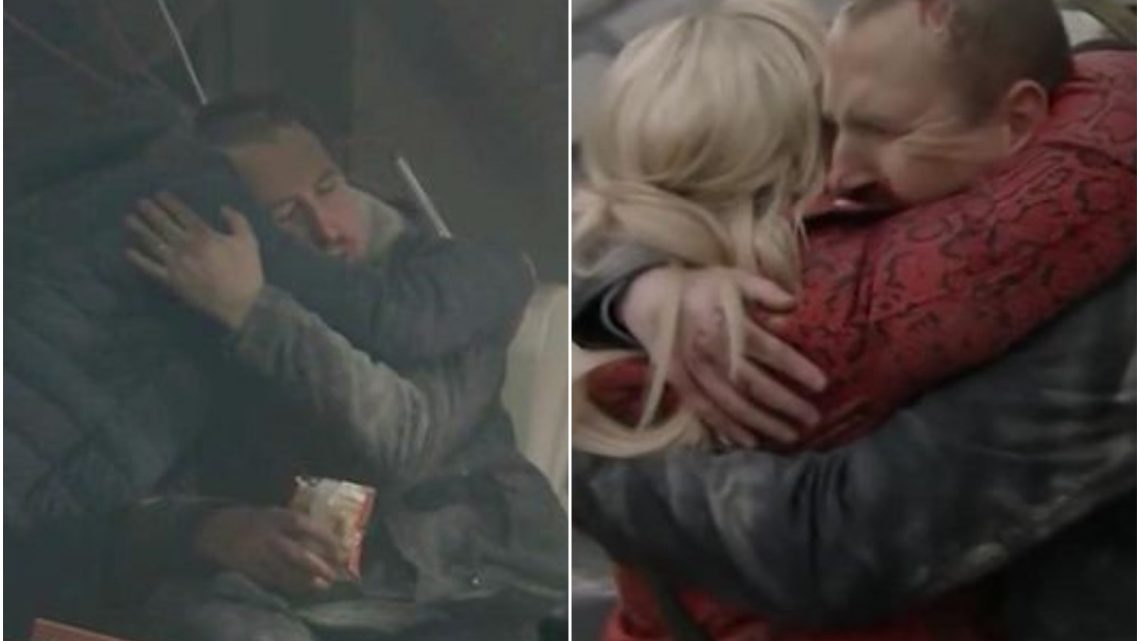 Stunned viewers watched the devastation unfold as the ceiling caved in on the Underworld factory – killing Rana and leaving several characters trapped inside. 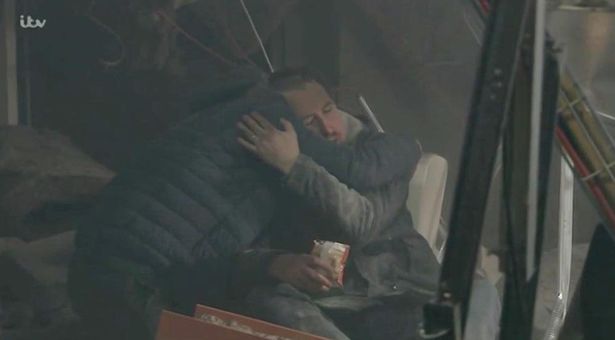 Kirk seemed in need of help as debris rained on top of him – and he noticed a live electric cable sitting perilously close to water leaking from a burst pipe.

But he was left helpless after his leg was crushed by falling concrete which pinned him to the floor.

Paul bravely tried to help Kirk – shouting that he was trapped – while Kirk appeared unfazed enough to snack on Mini Cheddars.

Abi then races to the fuse box to shut down the power before the water reaches the cable, leaving the factory workers relieved.

But then – as she and Gary Windass begin helping the injured out – the whole building suddenly caves in again. 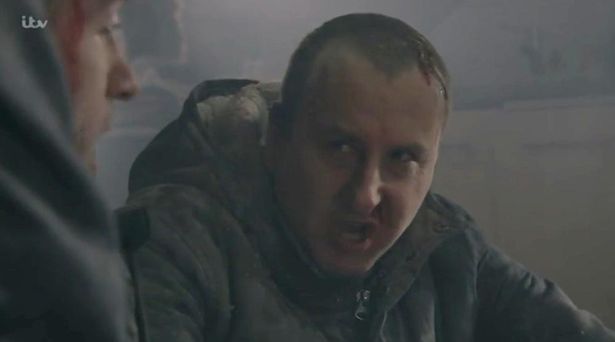 It's at this point that shocked viewers noticed Kirk dashing out through the rubble with ease ahead of the others.

His agility to make it from being trapped under concrete to legging it in the nick of time left many baffled.

Some eagle-eyed Corrie fans even wondered if the Mini Cheddars possessed magic powers. 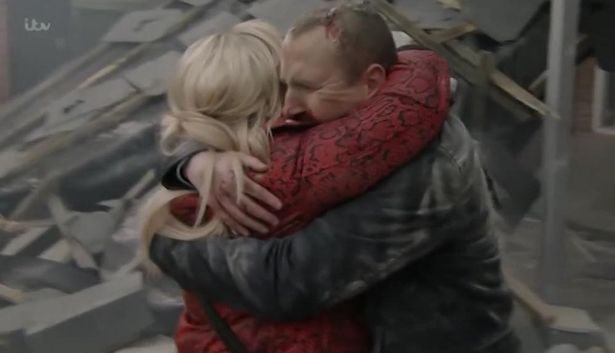 One viewer wrote: "Thought Kirk was trapped, how come he was first out? The Cheddars must have given him a super power.”

Another tweeted: “Sadly this is not dramatic in anyway. #Corrie Thought Kirk was trapped.”

The epic stunt – while appearing to be an accident – will later turn out to have been a criminal enterprise, show bosses confirmed.

"It will at first appear to be an accident. It will then be revealed it was a criminal enterprise that caused it to collapse.

“And someone will be dying in said collapse. This is the beginning of the next generation of a Corrie bad guy.

"The factory collapse will be the start of that.”

Cycles of darkness and light