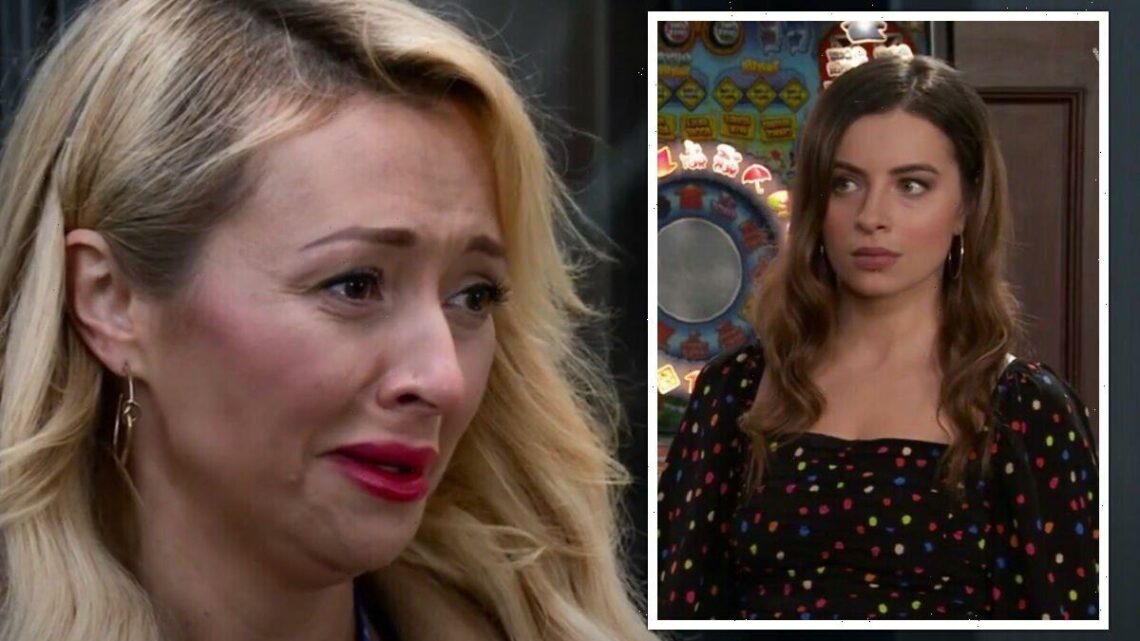 Coronation Street: Imran and Toyah get into car crash

Things have not been easy for Nicky (played by Kimberly Hart-Simpson) since she returned to Coronation Street and it looks as though the former sex worker’s life is about to take a turn for the worse. Daisy (Charlotte Jordan) has not approved of Nicky and her daughter Maise (Lucia Aliu) living with former love interest Daniel Osbourne (Rob Mallard) while she tries to find a job. Will Daisy find a way to make Nicky lose custody of Maisie in a twisted revenge plot?

Nicky was last seen on Coronation Street in 2020 when Daniel paid off her debts so she could make her exit.

When she returned to the cobbles she secured a job as a teaching assistant at Weatherfield High School thanks to Daniel.

However, the mother-of-one lost her job when student Max Turner (Paddy Bever) shared images throughout the school which revealed she was once a sex worker.

Daniel initially thought his ex-girlfriend Daisy was the person who shared the photographs, but Max eventually owned up.

Daisy broke up with Daniel following the accusation, but this doesn’t mean she’s not still in love with him.

The barmaid is known for having a jealous side and she has not enjoyed knowing her ex is living with Nicky.

If Nicky is the person keeping Daisy from reuniting with Daniel, will she take revenge on the former sex worker by making her lose custody of Maisie?

Will Daisy report Nicky to social services and pretend she is still making a living as a sex worker who cannot provide a secure home for her daughter?

She said: “As we know, previous Nicky was working as a sex worker and we saw her leaving a while after getting some money from Daniel, so basically he gave her a lifeline.”

The actress continued: “She couldn’t go into a home she had organised for her and Maisie as she does not have a regular income anymore and Daniel has given her another lifeline and said she can move it.”

Kimberly admitted Nicky and Daisy’s relationship is “frosty” at the moment.

She said: “Daisy has obviously lost the man that she was falling for simply because of me, that is the top and bottom of it.

“But if it wasn’t me it was going to be another woman because I think she has some underlying issues with jealousy.

“I don’t think it is a Nicky problem, it’s a Daisy problem.”

Does Daisy think Nicky will leave Coronation Street if Maisie is taken away from her?

Perhaps Daniel will get framed for reporting Nicky to social services which will drive a huge wedge between the pair or end their friendship.

Kimberly also hinted her character might break away from Daniel, adding: “I just want to see a woman survive on her own. I think there is something in that I really do – a woman bringing up a child.

“This is the society we see today and recognise and right now I don’t know if we have that strong female character on her own bringing up a child.”