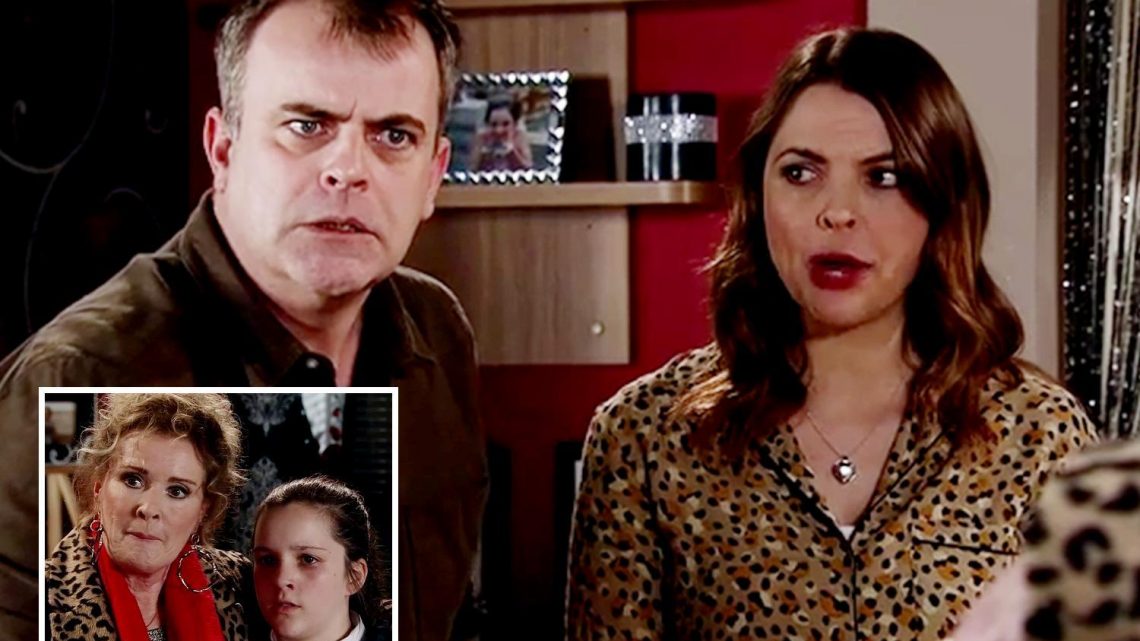 The taxi boss – who is played by actor Simon Gregson in the ITV soap – is not going to be able to hold back his anger when tearful Amy tries to tell her parents she is pregnant. 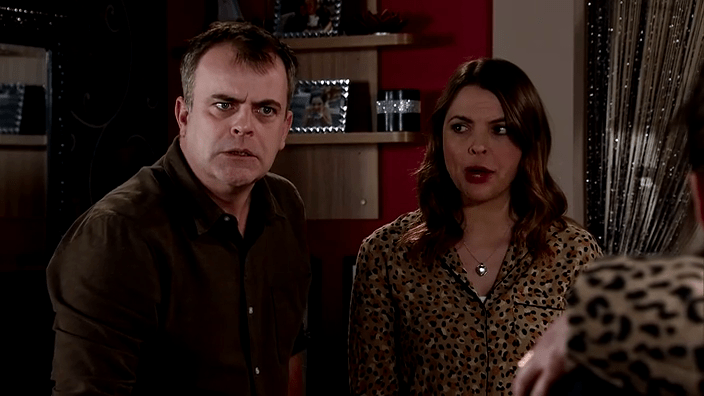 The terrified schoolgirl initially confides in her gran Liz McDonald that she's expecting and Liz convinces her to come clean to her mum and dad.

In the spoiler video released by the soap, Amy looks terrified as she begins to tell her parents the truth, but before she is able to get the words out a furious Steve produces her pregnancy test and rages against her.

He shouts: "I tell you why she didn't flipping tell us because she's 14 and she let someone get her up the duff."

"My priority is to find out who had sex with my under age daughter. Who was it? So you two think it's fine that she's pregnant and the father gets away scott free? Is it somebody at school? It has to be someone." 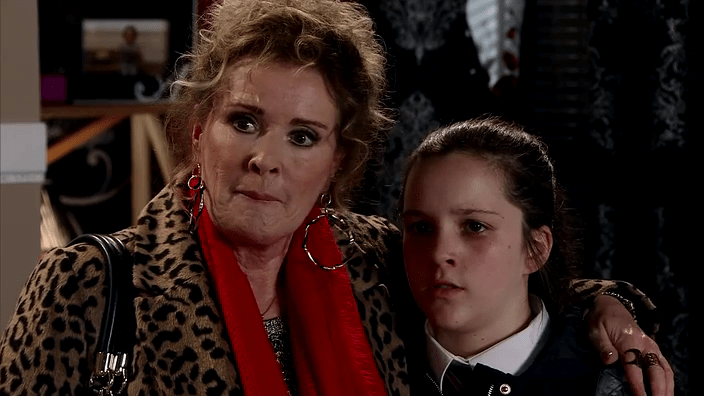 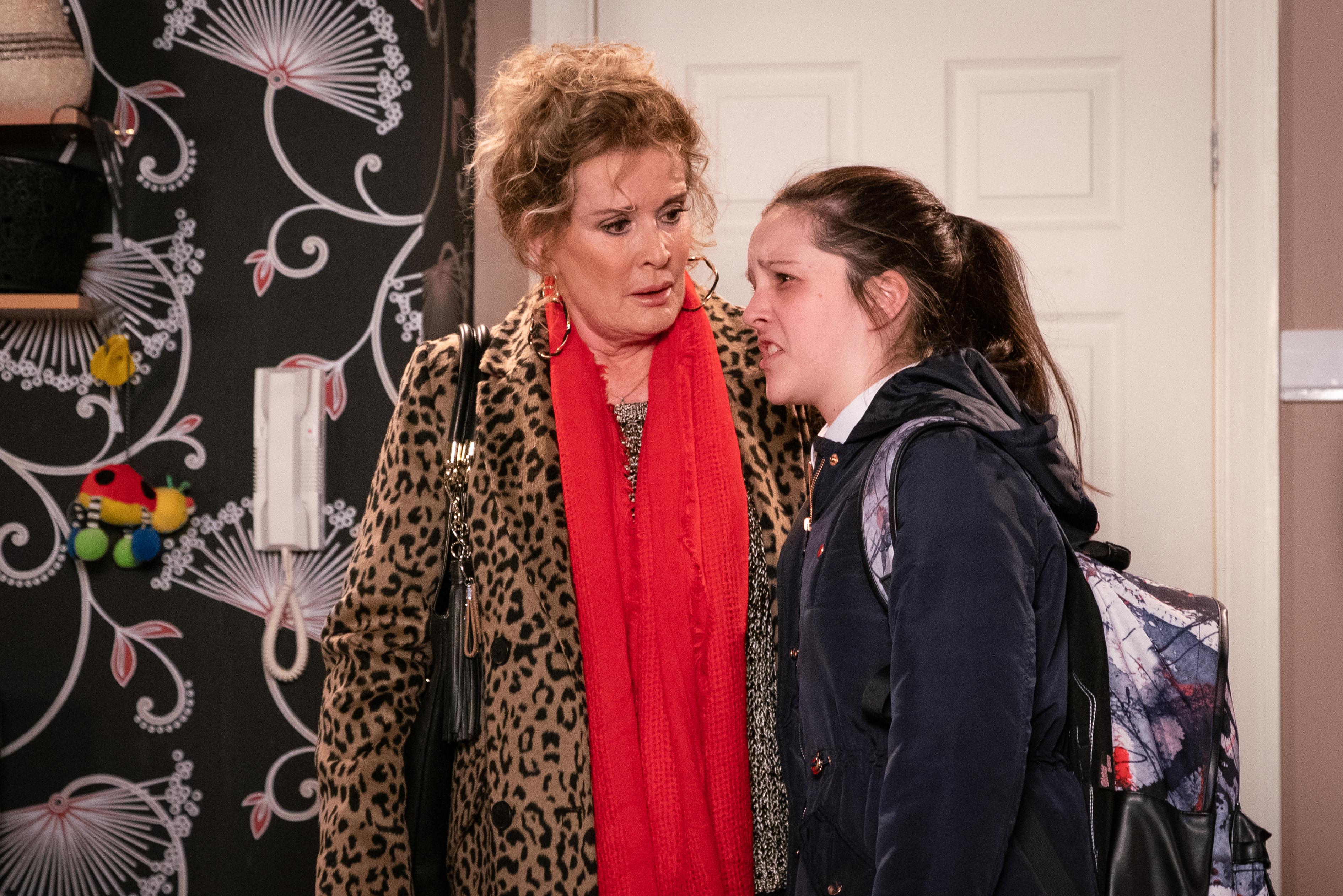 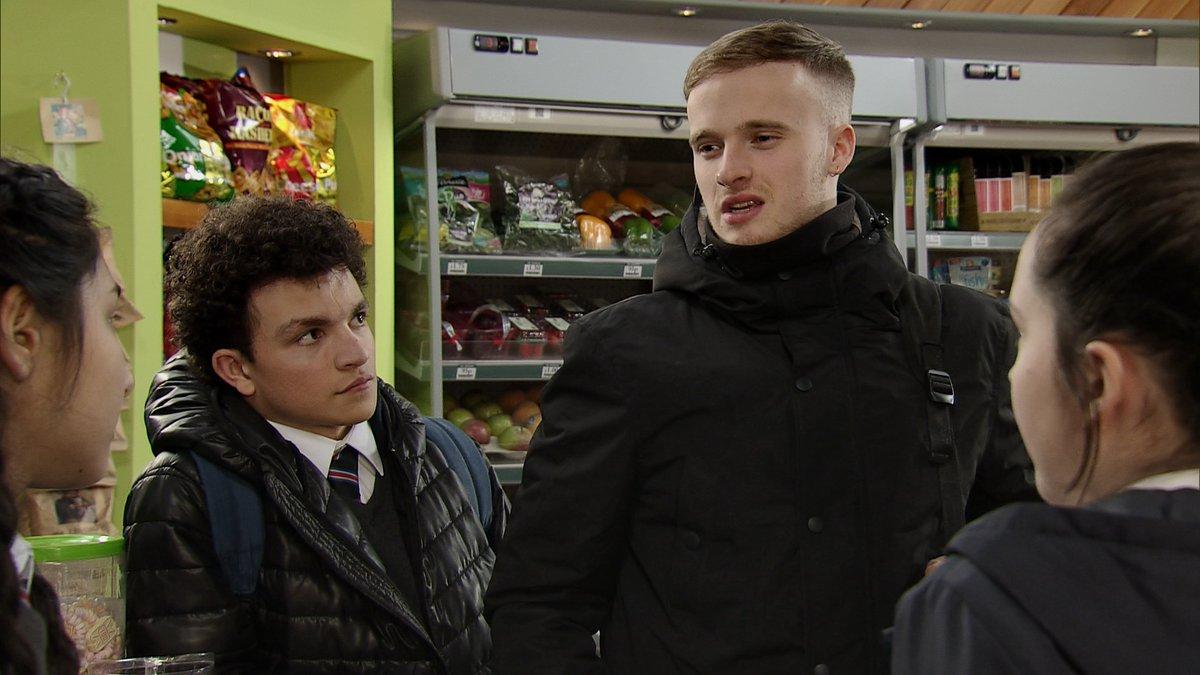 But as Steve rants he thinks he works out that Dev's son Aadi is the father and storms off in a rage.

However The Sun Online recently exclusively revealed how gang leader Tyler will be confirmed as the father in the coming weeks.

Insiders told The Sun Online this is one of the hit ITV soap's most gripping storylines for the McDonalds and will see the family pushed to their limits.

As viewers know, teenager Tyler is a sworn enemy of Peter's son Simon and has previously admitted he wants to see the schoolboy dead. 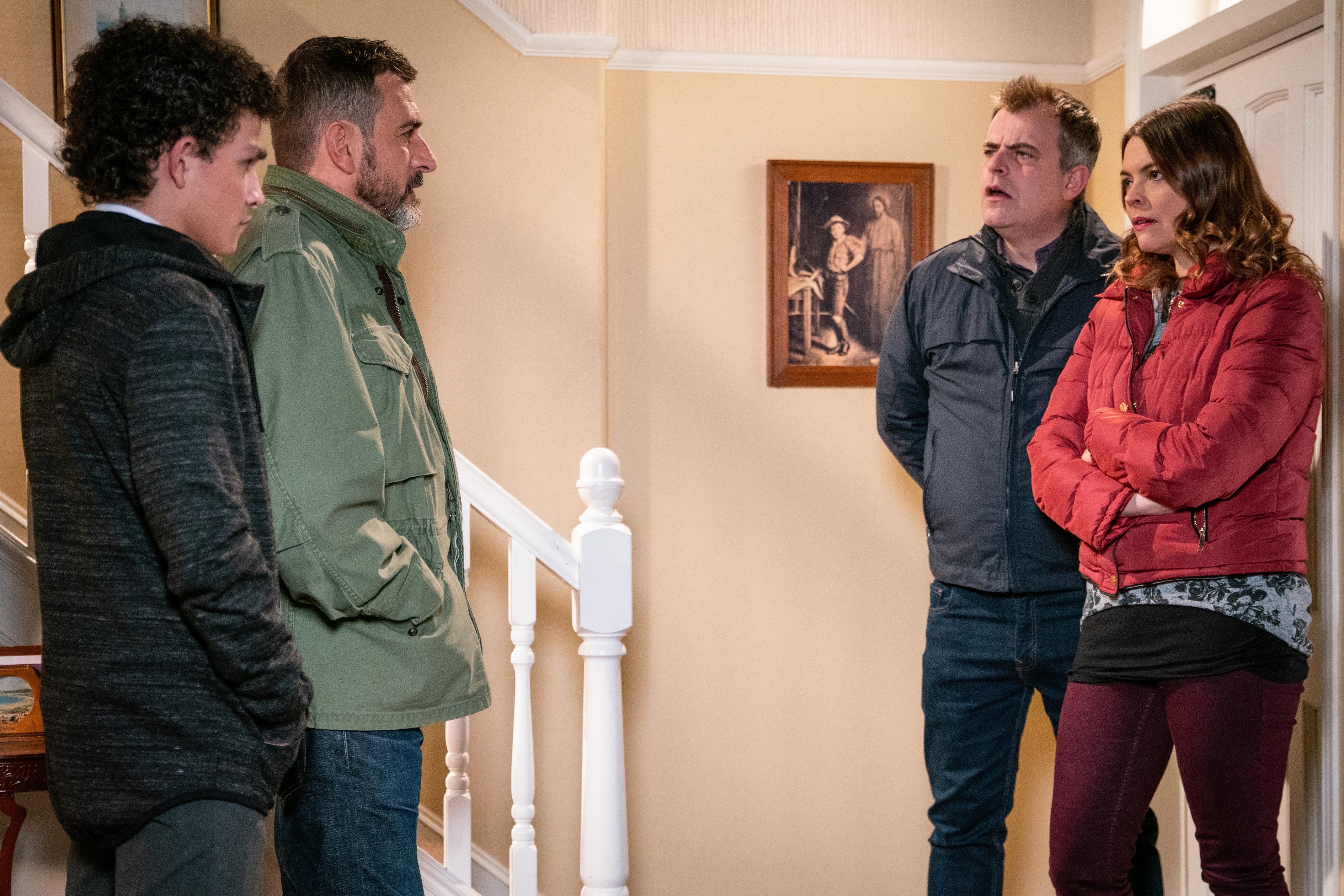 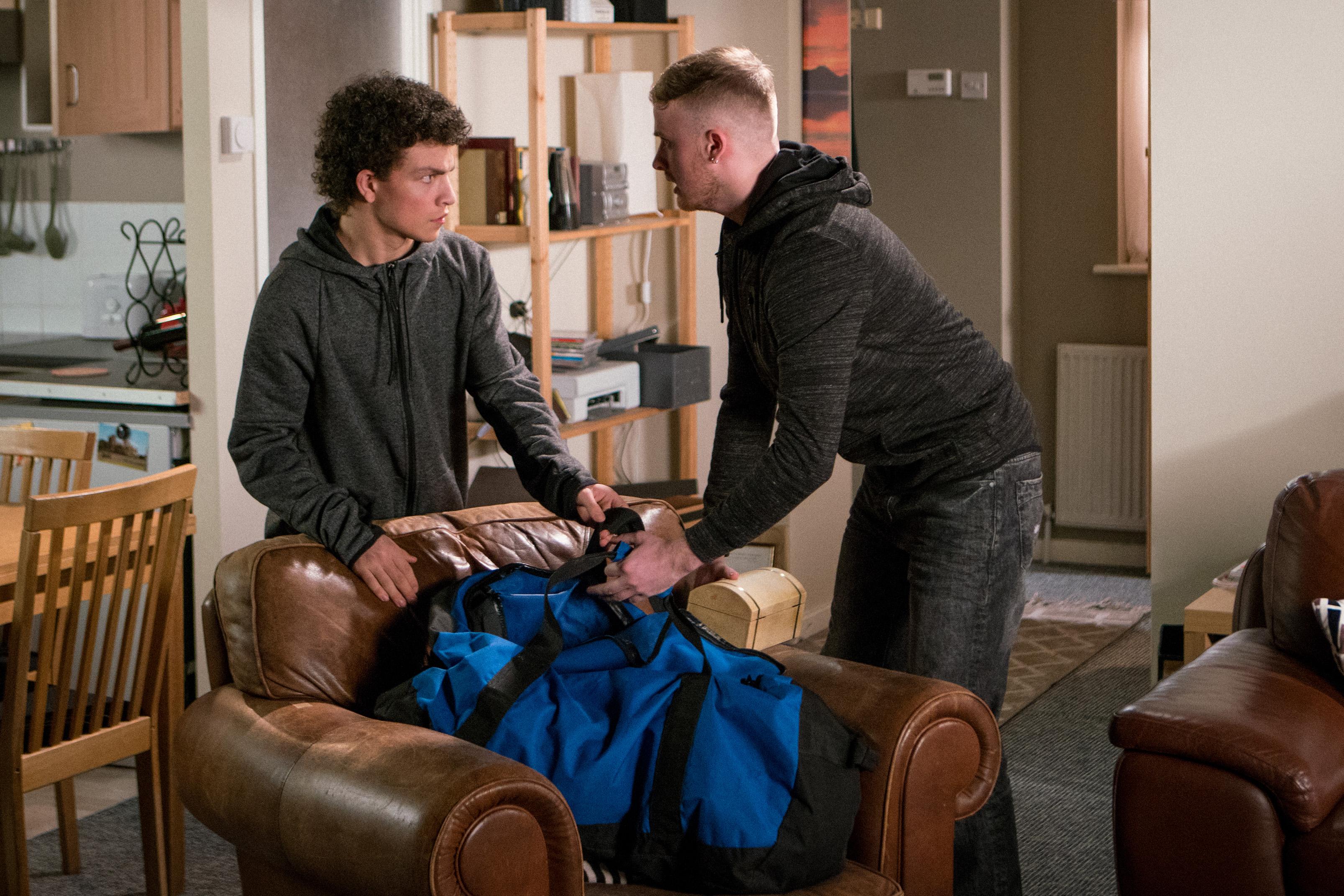 But now Amy is giving birth to his child, he'll be making a return to Weatherfield and wants to be a hands-on dad.

A TV source told The Sun Online: "It's not long after giving birth that Amy decides she doesn’t want to be responsible for the baby. It’s tougher than she ever thought it could be.

"Although it's hard she decides to put the tot up for adoption.

"When she talks to Tracy and Steve about it, they decide they should keep the baby in the family and bring her up as their own."

But just as it seems the family have it all planned out, Tyler comes back on the scene with his family and they won't let it be easy for the family.

Our insider added: "Tracy and Steve are left shattered when Tyler's family get involved and their lawyer tells them they should be prepared for a very messy battle. 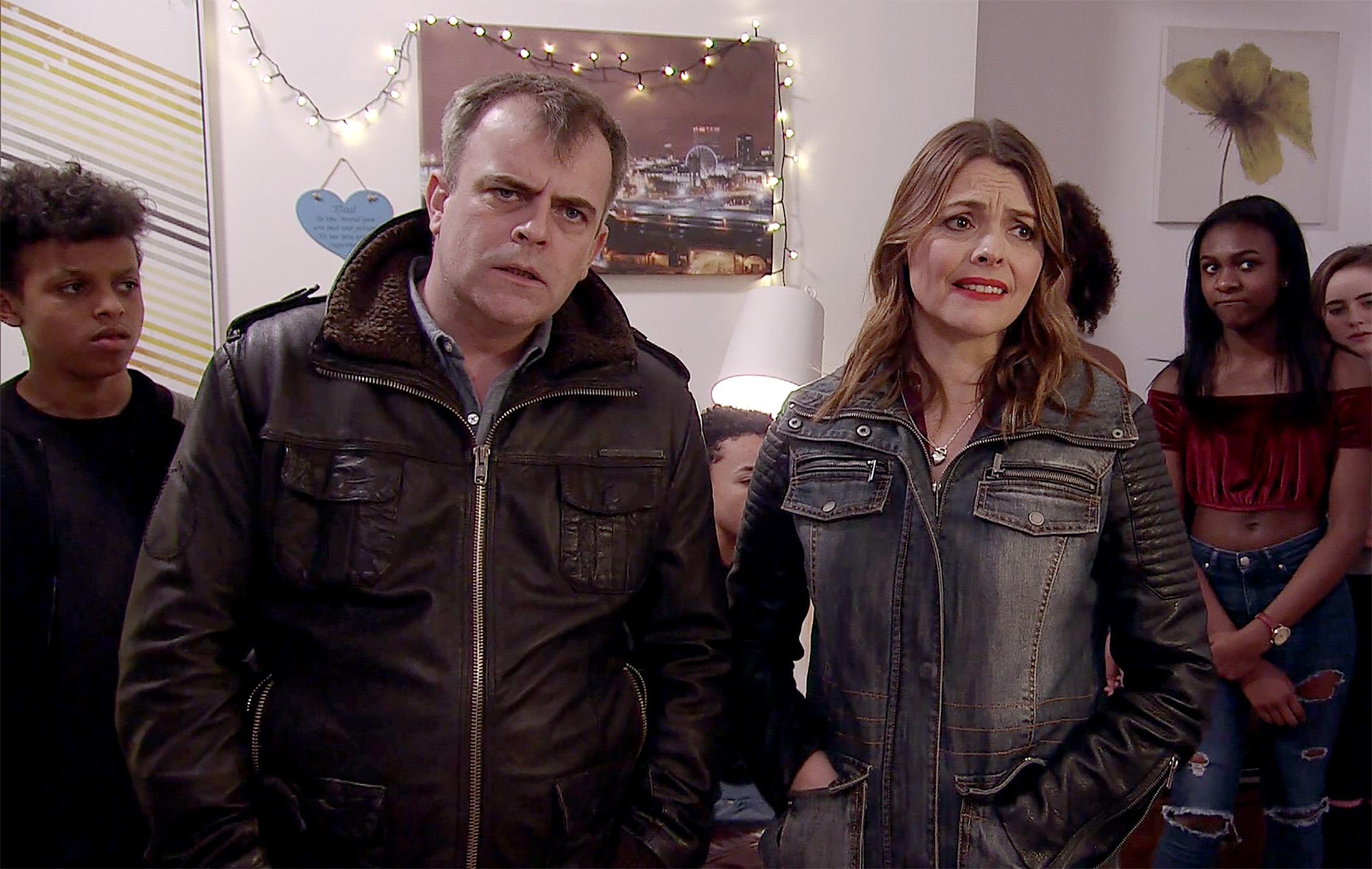 "It looks as though the McDonalds have a really rough road ahead of them but they'll do everything they can to keep the baby in their family.

"This storyline touches on massive legal and ethical issues and will show viewers a different side to teenage pregnancies."

A spokesperson for Coronation Street told The Sun Online they do "not comment on storylines".