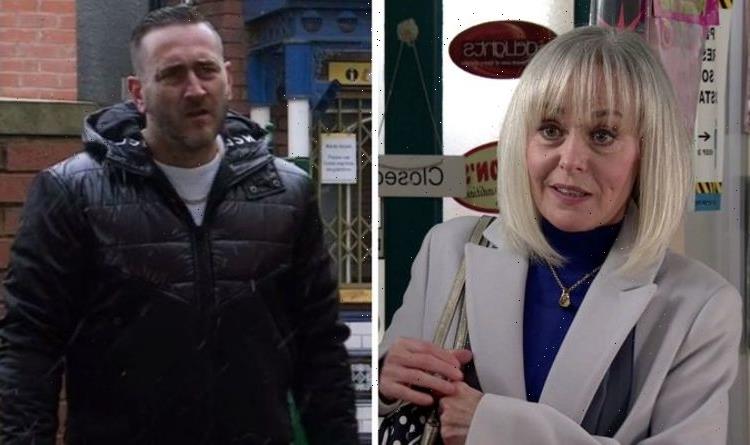 Sharon (played by Tracie Bennett), is the foster daughter of Weatherfield matriarch Rita Sullivan (Barbara Knox), but the two haven’t spoken in decades. She returned out of the blue in Wednesday’s episode of Coronation Street and has left several residents – and viewers – very suspicious with her story about being a different person and wanting to make amends. Many believe she has an ulterior motive. Friday’s episode showed a shifty-looking Sharon making secretive calls – could she be working with drug dealer Harvey (Will Mellor)?

Viewers last saw Harvey getting arrested after Leanne Battersby (Jane Danson) worked with the police to get him caught when she and Simon Barlow (Alex Bain) became embroiled in his drug dealing.

But he warned them they hadn’t seen the last of him, and that he had connections who could kill them.

Because of this, the mother and son fled with Nick Tilsley (Ben Price) and nobody knows where they are.

With Sharon’s suspiciously-timed return, it’s possible she could have some connection to the dangerous criminal. 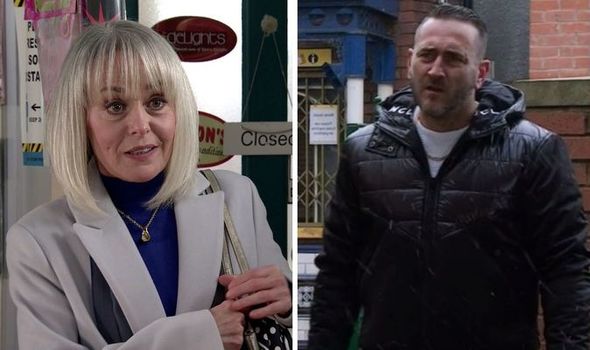 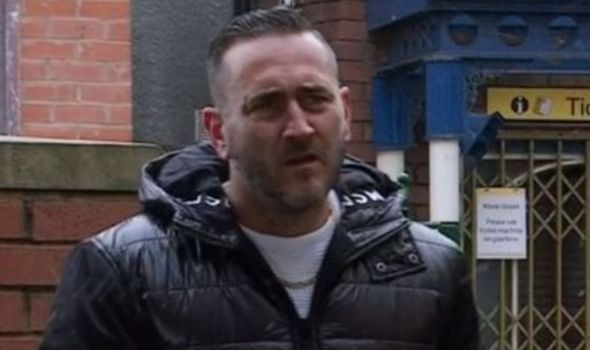 Friday’s episode saw Sharon winning over Jenny Connor (Sally Ann Matthews) and Gemma Winter (Dolly-Rose Campbell), who had expressed their distrust in her on Wednesday.

She claimed she wanted to have a relationship with them and Rita, and they seemed to believe her.

But when she left them, she made some strange calls. One saw her telling a mystery person: “Yeah, all good.

“You’ll get what you want soon enough.” Moments before, she had been eyeing up The Kabin. 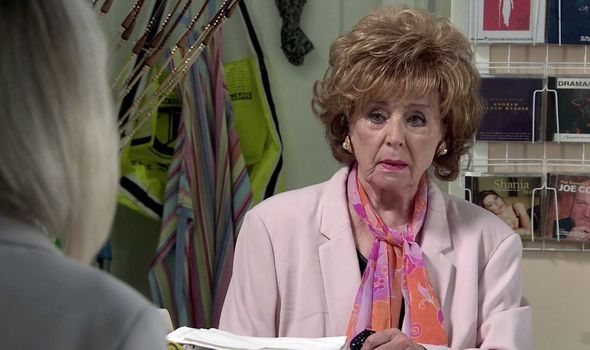 She used to own the newsagents but sold it back to Rita before the two became estranged.

Could she be hoping she can gain the business again with the money she’s making with Harvey?

Wednesday’s instalment saw her handing a £10,000 cheque to Rita, and viewers had been questioning where she got the money.

The drugs theory could explain this, and if she is working alongside Harvey and his gang, she will have already made a lot of cash.

Moments before the phone call, Sharon had been telling Jenny about how she misses her brother, Wayne, as she burst into tears.

“That’s no age,” Jenny said sympathetically. Rita added: “You don’t have to say anything more, darling.”

Sharon went on: “Well anyway, he left his entire business to me in his will. I mean don’t get me wrong, I was blown away by that but it doesn’t matter really does it?

“Not when all you want is them back.” But could this be another cover-up to account for her sudden financial gain?

Fans have also taken to Twitter to suggest Sharon’s involvement with drug dealing.

One said: “I don’t trust Sharon at all something tells me she’s working for Harvey Xx #Corrie.”

Another echoed this, writing: “Is Sharon working for Harvey or Ray? #Corrie.”

“Sharon is Harvey’s Mum and she wants to Kill Leanne. #Corrie,” another theorised.

One viewer asked: “We’re all agreed that Sharon has some connection to that Harvey one, then? #Corrie.”

If Sharon does have a connection to Harvey, she’ll certainly be after Leanne.

The desperate mother fled with her family to escape potential thugs out for revenge, but she would have no suspicions over seemingly innocent Sharon, so it would be a smart move on Harvey’s part to have her return to Weatherfield and win everyone’s trust.

But will anyone clock onto this before it’s too late? And could Leanne be in trouble?