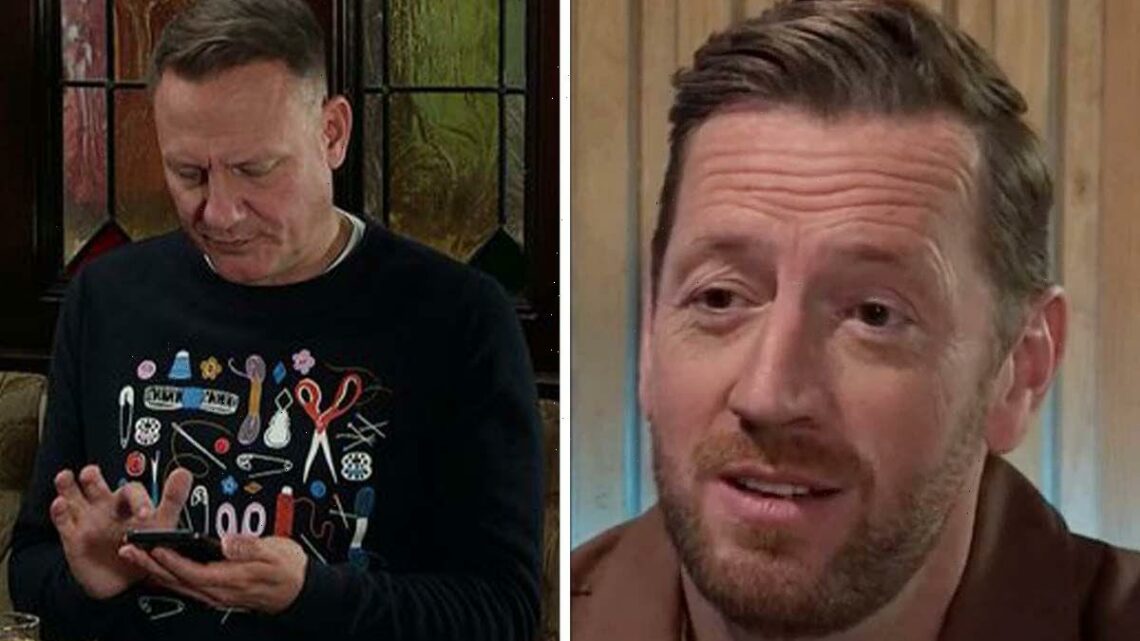 Sean Tully (played by Antony Cotton) is caught trying to unlock his new beau Laurence Reeves’ (Robert Shaw Cameron) phone this week as their relationship hits a rocky patch. The pair struggle to overcome their trust issues which come to the fore after an innocent attempt to take a photo goes wrong on Coronation Street.

Official spoilers  for the ITV soap show Antony is left on his own once again after spoiling the honeymoon period with his partner Laurence.

Their love story begins to unravel at the start of a night out in Weatherfield and a request by Antony to capture the early stages in a photo.

An excited Sean asks their friend Todd Grimshaw (Gareth Pierce) to do the honours before their big evening.

However, every partner’s nightmare happens when Todd sees a photo on Laurence’s screen he does not like the look of.

An image pops up on the phone and Todd is not sure what the right thing to do is.

Coincidentally, Sean is left in the Rovers’ Return with his new love’s phone and did the unthinkable act of trying to unlock it.

Unfortunately for Sean, Laurence catches him and grabs the phone from his hands.

Has Todd told Sean what he saw that shocked him earlier?

Or could Todd have jumped to the wrong conclusion and spoiled the relationship they have?

A fuming Laurence storms out of the local and leaves Sean inside, embarrassed at his breach of trust, but perhaps his intuition to check his phone was correct.

Later on in No.11 Glenda Shuttleworth (Jodie Prenger) sees a heartbroken and embarrassed Sean looking for advice.

The helpful friend tries to raise his spirits and offers him some kind words.

She also tells him to show his love and trust for his angry partner by committing to a grand gesture to capture his attention.

The hapless Sean decides to buy a huge bouquet of flowers and hand deliver them to Laurence’s place of work.

Thinking this was a sure-fire way of making amends, Sean is then left even lower when Laurence is not there.

Sean is feeling terrible after what looks like a betrayal of trust in the pub, but maybe he had a good reason to be concerned?

As is always the case with Sean, there is some reason to be cheerful with a touch of dark humour on the horizon.

When he returns home he sees Glenda in a spot of bother with her face all red and blotchy, which just about raises a smile for Sean.

The reason behind her dramatic change is blamed on a facial she decided to have with Mary’s ultra wand.

How long will Sean be down in the dumps for and will Todd compound his misery with his phone discovery?