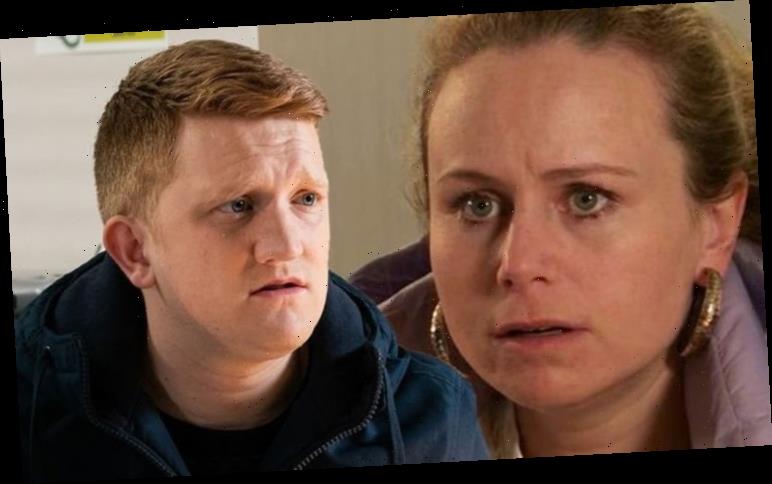 Gemma Winter (played by Dolly-Rose Campbell) struggled to cope after the birth of her and Chesney Brown’s (Sam Aston) quads. After finally reaching out for help, the young mum is on the road to recovery with her boyfriend firmly by her side. However, when Chesney makes a startling discovery, will he make a heartbreaking decision about the couple’s future on Coronation Street.

In tonight’s instalment, the couple realised they hardly spend any quality time together now they were parents.

As Chesney rushed out the door, Gemma begged him to stay but he explained: “I can’t, the delivery guy is already on his way, I promised Dev.”

“But what if I can’t manage on my own?” Gemma asked and he replied: “You’ll be fine besides we need the money, I’ll be a couple of hours you won’t even notice I’ve gone.”

Gemma argued the babies would miss him and Chesney brushed off feeling hurt at his girlfriend not missing him too. 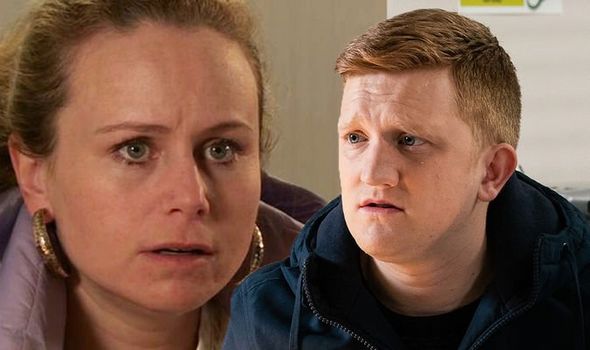 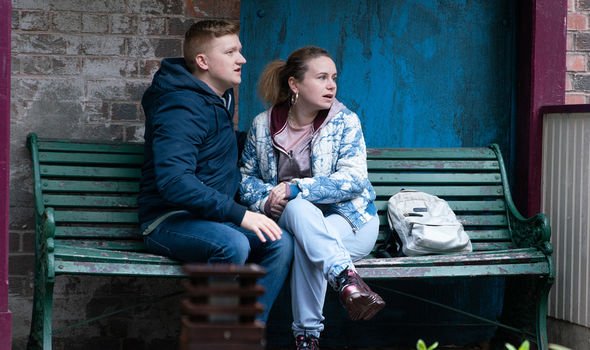 “We hardly even managed two words together yesterday,” she remarked.

“I had errands yesterday, I saw you at dinner,” Chesney argued.

“While I was feeding four screaming babies and you were doing something with Joseph and then by the time I’d put them to bed you were face down on a plate of spaghetti,” the exhausted mother said.

Chesney apologised as Gemma noted: “It’s fine you’re tired, I’m tired but Chesney this can’t be all there is.” 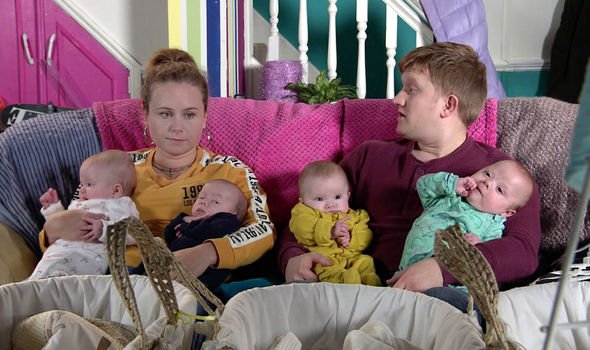 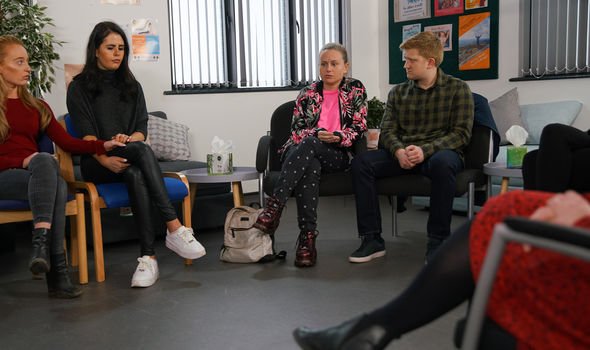 “How did we manage to have this conversation at this time in the morning?” Chesney asked but Gemma was pulled away by the sound of a crying baby.

Later, Fiz Stape (Jennie McAlpine) bumped into Chesney and encouraged him to spend some quality time with Gemma.

The father-of-five tracked down Paul Foreman (Peter Ash) in the Rovers and asked him to babysit.

“The thing is we’ve made plans as well, date night in town Billy’s idea,” Paul replied.

“Everyone’s at it,” a crushed Chesney remarked as Paul offered: “Another time, yeah?”

Paul could tell Chesney was worried but his concerns could lead to the end of his relationship with Gemma.

Chesney revealed: “A couple of girls in the kebab shop were reading this article out, ‘How to tell if your relationship is heading for trouble.’

“One of the signs is when you stop doing stuff together, all me and Gemma do together is sleep. I just thought, forget it, another time.”

Seeing how upset Chesney was, Paul changed his mind and offered to babysit.

In upcoming scenes, Chesney and Gemma will head to Fiz’s but will be devastated when they realise she had offered advice not an invitation.

The article Chesney overheard could lead him to analyse his relationship with Gemma and realise they might be better off as co-parents.

Will Chesney break Gemma’s heart or will the couple vow to make more of an effort with each other?

Death in Paradise: Shyko Amos’ confession on actor she wants back in show revealed