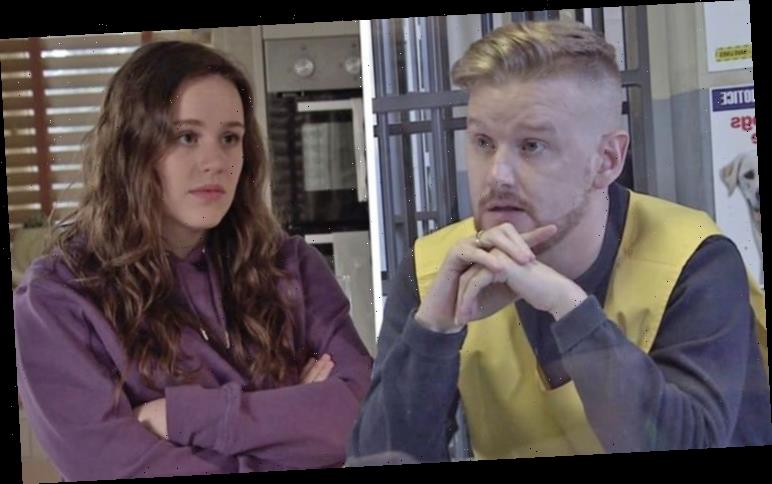 Faye Windass (played by Ellie Leach) confessed to attacking Adam Barlow (Sam Robertson) last week leaving Coronation Street fans stunned. The teenager said she had mistaken the solicitor for Ray Crosby (Mark Frost) and as a result of not knowing the truth, Adam was accusing Faye’s brother, Gary Windass (Mikey North) of assaulting him. There is one way this whole misunderstanding could be cleared up; Faye could tell the truth, but that would mean explaining why she wanted to hurt Ray, opening a can of worms she is not ready to discuss. Instead, viewers will see Gary take the blame – will he sacrifice his freedom to keep Faye’s secret?

In a turn of events, Maria explains how she got rid of all Gary’s stuff, as well as her husband.

While Faye is still living with Tim and Sally Metcalfe (Sally Dynevor), she pops round to see Maria and confides in her.

The former Bistro waitress reveals the guilt of hitting Adam is making her ill and she wants to confess to the crime. 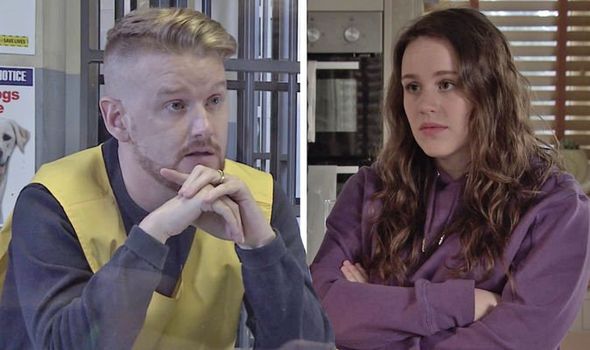 We will use your email address only for sending you newsletters. Please see our Privacy Notice for details of your data protection rights. Coronation Street spoilers: Weatherfield rocked by County Lines drugs?

Gary, however, is currently behind bars and calls Maria from prison.

During their conversation, Maria lets her estranged partner know how much his little sister is struggling and Gary wonders what is the best course of action to help her.

Meanwhile, a police officer pays visit to Tim, asking about the rucksack – his rucksack – found in Gary’s possession.

Tim is shocked to hear a weapon used in the attack on Adam was found inside the bag. 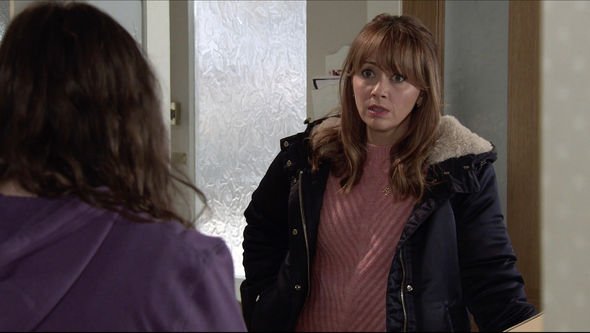 Confused as to who used the weapon, why it was in his bag and Maria lied about throwing the rucksack away, Tim turns his thoughts closer to home.

In scenes set to air later this month, Tim sits down with Sally and discusses Faye, they both agree she hasn’t been herself recently and Tim is worried his daughter may have had something to do with the weapon concealed in the rucksack.

Tim quizzes Faye about the bag and wonders whether she knows anything about Adam’s attack.

Struggling to keep a lid on her anxiety, Faye denies all knowledge. 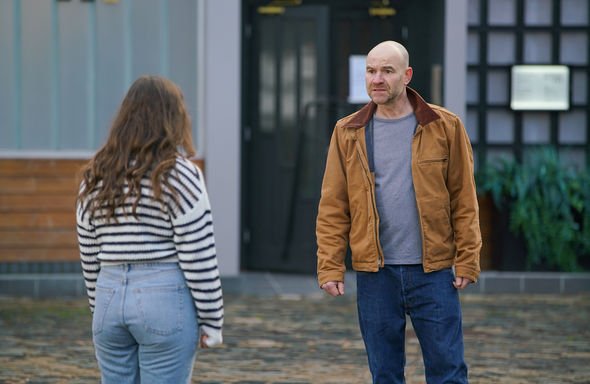 As for Gary, is he going to take the blame in order to save his little sister from time behind bars?

It comes after Corrie boss Iain MacLeod spoke to Express.co.uk and other press about Gary’s future on the cobbles and it seems like he is sticking around.

“I really like morally complicated Gary – he is still capable of being heroic – his efforts to save Faye is a great example,” he said.

“He is also capable of darker things – he has always had the fact he was a wrong‘un in his DNA.

“I am in no hurry to see the back of him – much of the stuff he did was justifiable in some ways… In a court of law, Rick would be murder but had he not done it, he would have killed his family.

“He is not a Hillman – not a dead eyed out and out murderer. He tries to claw his way back up the morally slippery slope.”

If you or anyone you know has been affected by Faye’s storyline, please see Rape Crisis’ website here for free, confidential advice.