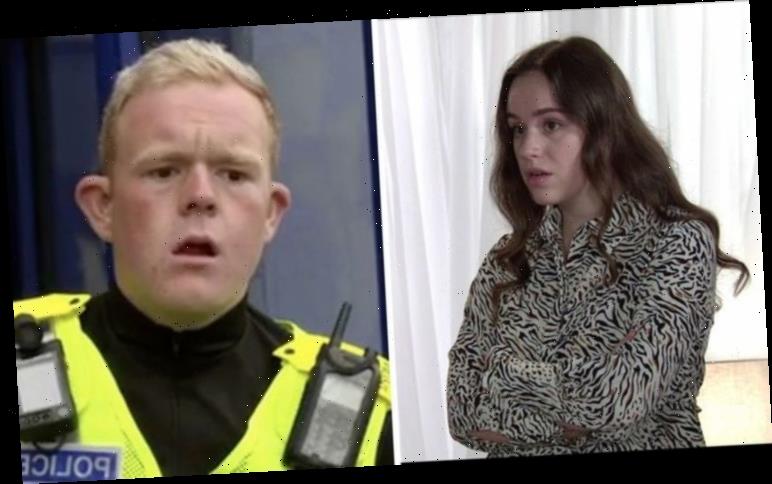 Coronation Street: Grace is locked in a security office by guard

Faye (played by Ellie Leach) will be back on the ITV soap next week, attempting to come to terms with what has happened as legal proceedings loom over her. But the troubled youngster will reconsider her relationship with Craig (Colson Smith) after she convinces herself she is going to prison for attacking Adam (Sam Robertson).

The teenager was attacked by Ray in December, but luckily her brother Gary Windass (Mikey North) managed to walk in just in time.

But the incident saw Faye seeking revenge on Ray, which caused her to attack Adam, believing him to be Ray.

Next week’s revisit to the storyline will see Faye finding out that Ray has been charged with sexual assault, but after her plea hearing, she believes she is going to end up in prison for the attack on Adam.

Faye has found happiness with Craig, who has been a pillar of support to her throughout her ordeal, but Faye will soon be questioning them as a couple. 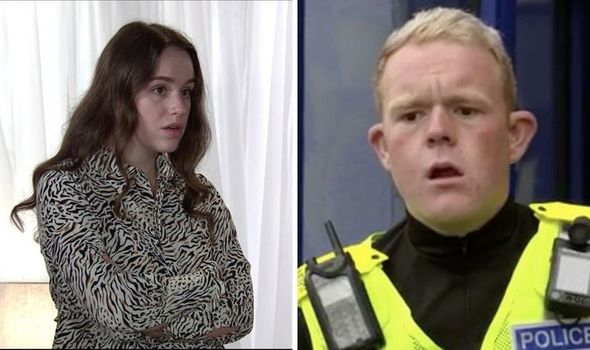 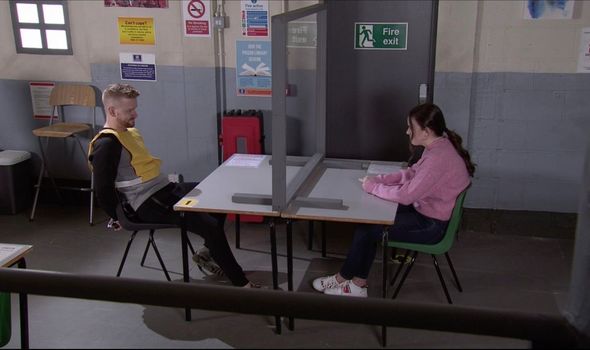 Upcoming scenes will see Craig trying to take Faye’s mind off the court case by suggesting a day out.

But when Faye later visits Gary in prison, she opens up to him about pushing Craig away out of fear that she’ll end up behind bars.

Since learning the truth about the attack, Adam has said he doesn’t want Faye getting into trouble for what happened, but will this make a difference for her?

Now that Ray has been charged, it is possible that authorities might be more understanding about Faye’s state of mind at the time of the attack, meaning she could avoid prison. 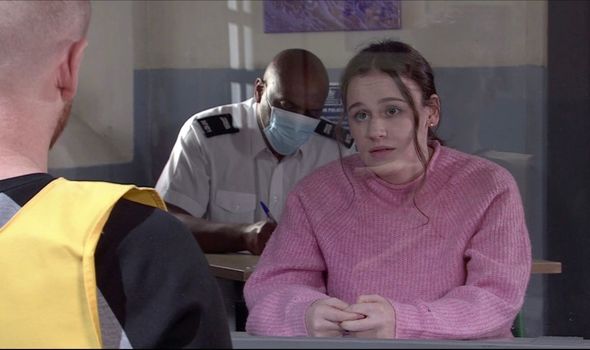 Coronation Street: Kelly says she’d ‘do anything’ to see her dad

But if she doesn’t, it seems she won’t want Craig waiting around for her, and the couple could face extra heartache.

Speaking to Express.co.uk and other publications last year, actress Ellie, 19, said: “I think she’s definitely at breaking point as she’s got such a huge weight on her shoulders.”

On whether this means her character will end up in jail, she added: “I think if she did go to the police and felt that was the right thing to do for her, it is a serious crime and you do time for that.

“If she does end up going to prison, I hope it’s not forever,” the soap star declared, so could this be a hint that fans will be bidding farewell to Faye?

The character has been at the centre of several hard-hitting storylines since she arrived on the cobbles back in 2011.

She arrived as the adopted daughter of Anna Windass (Debbie Rush) and her husband Eddie Windass (Steve Huison).

In 2014, Faye became pregnant at the age of 12 and the soap explored the dilemma the school-girl faced over whether she could bring up her baby.

The plot came to a head when the mother-of-one decided she would give up her child for adoption as she felt an older set of parents could give her daughter the life she deserved.

Could the youngster face further pain by being sentenced for the attack?

And if so, will her relationship with Craig be affected forever, or will the couple be able to work through it?

If you or anyone you know has been affected by this storyline, please see Rape Crisis’ website here for help and advice.

Dillian Whyte is ‘back on track’ and ready for ‘colossal fight’ with Deontay Wilder, says Eddie Hearn