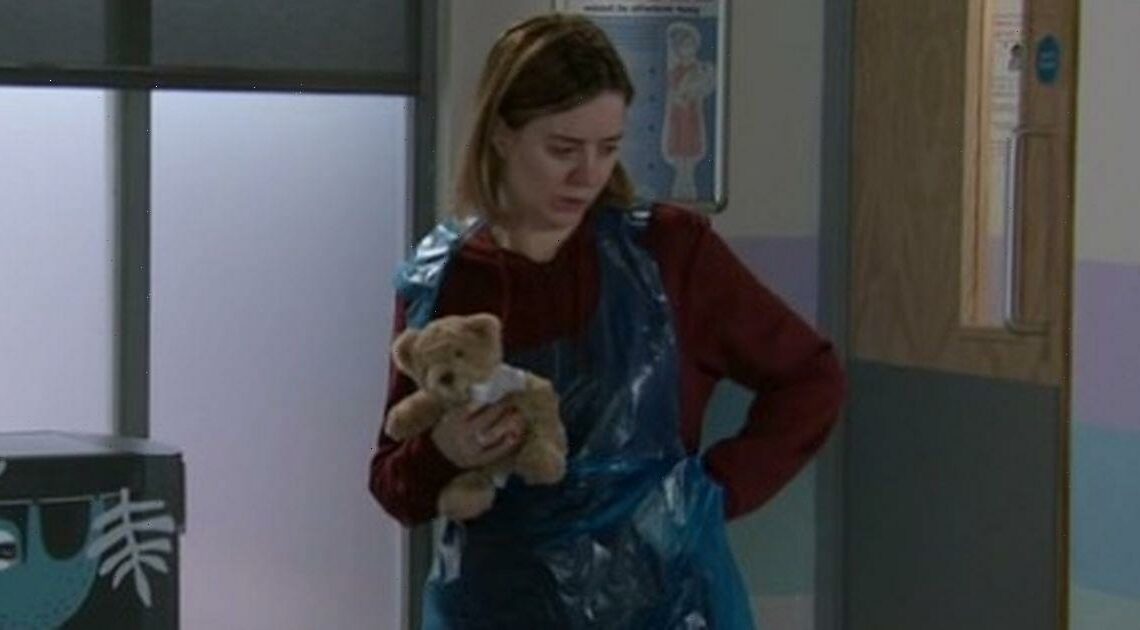 Last week, soap watchers were left in tears as Abi, who gave birth three months early after a surprise pregnancy, revealed she had called her baby Alfie as it was the name of her late son Seb's favourite teddy bear when he was little.

Soap fans will recall that Seb was tragically killed last year in a harrowing hate crime storyline and Abi has been mourning for her late son since his death.

During the latest instalment, Abi told Toyah Battersby, who doesn't know her partner Imran Habeeb is the father, that she had called her baby Alfie and that she still needed to buy him a teddy.

Later at the hospital, Abi brought Alfie a teddy and in following scenes it was sweetly seen in the newborn's incubator.

Soap fans have now questioned whether the teddy will be called Seb in a sweet nod at his older brother as his teddy had been called Alfie when he was younger.

To which Abi actress Sally Carman replied to the fan, writing: "Ooooh" with a thinking emoji.

Elsewhere, the latest instalment was full of drama as Imran discovered that he was the father of Alfie as he decided to keep it a secret from partner Toyah.

Imran also vowed to help Abi fight for custody over their son after she initially wanted to put the newborn up for adoption before bonding with him.

However, when Abi asked whether Toyah knew the truth, Imran vowed to tell her eventually but not at the moment as he comes to terms with having a son.

It comes after actress Sally revealed that the story has many more twists and turns to come, as the fallout affects Toyah, who has just got engaged to the baby’s father Imran, and Abi's on/off relationship with Kevin Webster.

Could a dream scenario be Kevin forgiving her and them taking care of Jack and the newborn Alfie together? And Abi finally getting the settled family life she always dreamed of?

"It’s too early for her to consider because she has to focus on Alfie. But she has to find happiness – have a breather," insists Sally.

"No human being can go through all of that, and not have happiness. It might not be forever. It might be a small window of happiness – which I'm happy with. I'm hopeful she will."

For all your updates on Coronation Street, sign up to our daily OK! newsletter.

From the Archives, 1877: MCG hosts the first international Test Match