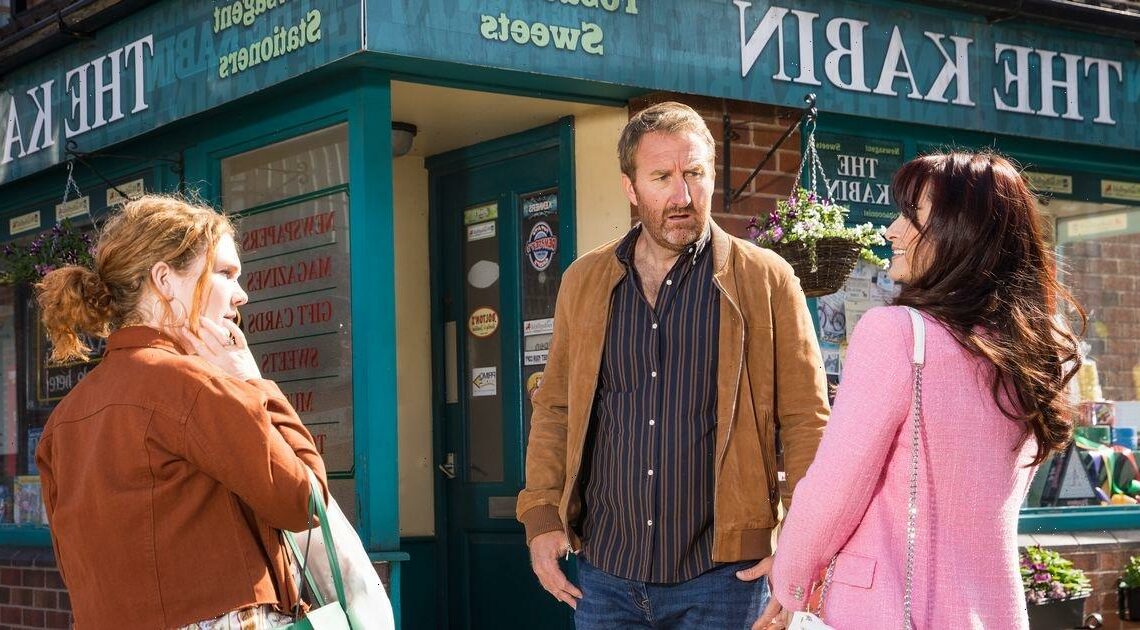 Soap fans have spotted a familiar face on the cobbles this week after Louise Marwood has appeared on Coronation Street as Phil's ex wife Camilla.

Her arrival could potentially derailed his and Fiz Stape's upcoming wedding.

There has been plenty of wedding drama already with Fiz being worked up by Phill's mum Mimi Halliday.

Mimi is staying with them after spraining her hip, saying that Evelyn Plummer's dog Cerberus had knocked her over.

While sharing a drink together the bridesmaids dresses ended up covered in red wine and Mimi blamed the dog again.

This caused an argument between Fiz and Phil her husband to be, who is annoyed that she isn't giving his mum the benefit of the doubt.

The jaws were dropped when the beautiful actress arrived and introduced herself to Fiz.

And a fifth said: "Chrissie White looks good after rising from the dead!"

Emmerdale fans were left devastated by her tragic death in 2018.

She died alongside her father Lawrence White in a car crash.

The White family ploughed head-on into oncoming traffic after Lachlan reached for the wheel and turned it towards a lorry after finding out that his mum interfered in his relationship with Belle Dingle.

The news of her appearance in Weatherfield was revealed earlier this month when Louise confirmed rumours she was joining the soap.

Camilla's appearance spurred on Fiz's ex Tyrone to face up to his feelings for the bride-to-be.

After she confided in him he decided he needed to tell Fiz how he feels before it is too late leaving fans on a cliff-hanger.

So will Camilla's arrival derail their marriage plan?

And could Tyrone's love confession stop the wedding?

Find out on the next episode of Coronation Street on ITV Wednesday at 8pm.

Royal Mail strikes: Post deliveries to be crippled this month – dates in full