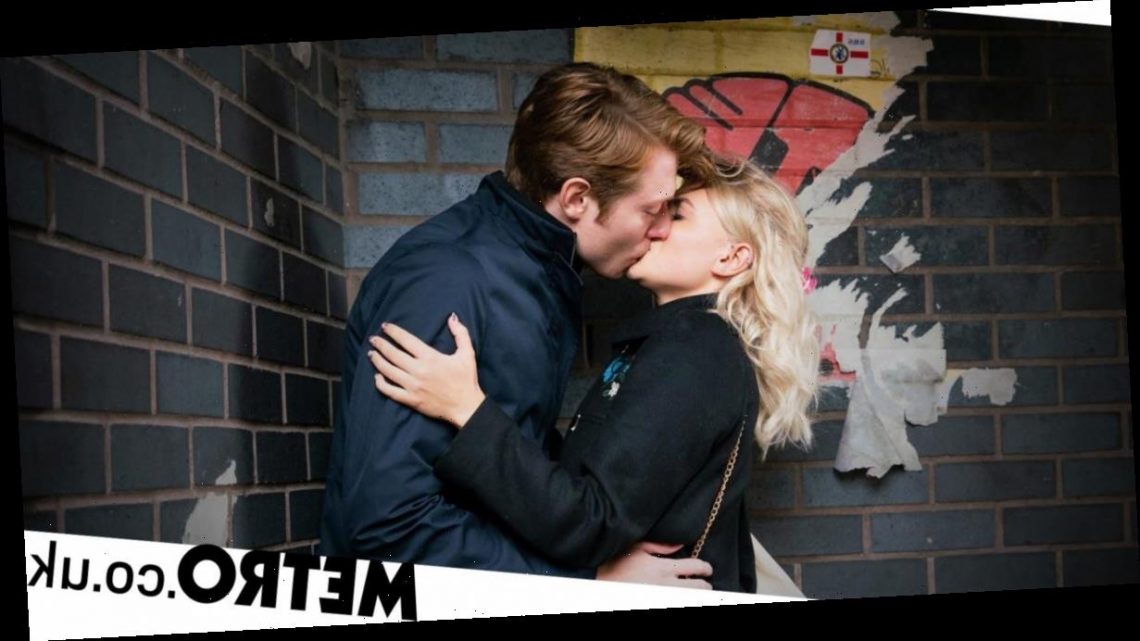 Coronation Street has banned its cast from all kissing scenes over the risk of contracting coronavirus.

Corrie bosses are desperate to keep the ITV soap in production despite most programmes and series grinding to a halt as Covid-19 cases continue to soar in the UK.

Writers are going through scripts to remove any kisses and limiting physical contact.

‘All of the soaps are desperate to keep running,’ a source told The Sun. ’If they disappear out of the schedules there’s huge gaps which is a major headache.

‘Coronation Street shoots about six to eight weeks in advance, so viewers might see some kissing in the next month or so, but the scenes they’re shooting right now will have nothing of the sort in.

‘They are taking no chances.’

The insider continued: ‘The longer they can keep cast and crew well, the better, and if a storyline has to suffer slightly by losing a kiss so be it.’

Coronation Street is hoping to use its platform to spread techniques to wash and hands and keep safe in these peculiar times.

EastEnders has already been forced to shut down during the pandemic ‘until further notice’.

Episodes will now air Mondays at 8pm and Tuesday at 7.30pm with immediate effect.

Coronation Street continues tonight at 7.30pm and 8.30pm on ITV.

Stripped back House of Commons meets for PMQs
World News