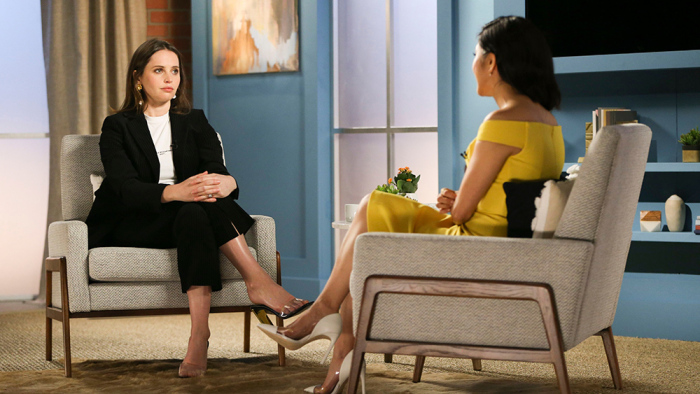 Constance Wu noticed a curious trend when she served as juror in a film festival: When it came to deciding the best actor award, the jury was split 2-2 by gender lines. She and the other woman fought passionately for one actor, while the male jurors vehemently stuck with another and maintained an “our rule is law” attitude, Wu says.

“I was like, ‘Maybe this is because the actor that you think should get it is this intense, deep dark masculine type of role,’” she says during Variety’s Actors on Actors series. “What I look for is an actor who has both depth and levity, because when you just have depth, it can be really indulgent and self-congratulatory.”

The “Crazy Rich Asians” star also notes that she finds it brave when a male actor can be vulnerable, but the same behavior is not “attractive to the male jurors.”

Felicity Jones points out that Wu’s experience shows there needs to be a “50-50” split in male and female critics, because too often the perspective of a film is decided only by male writers.

Wu also says that when she told the juror he was only looking through a male lens, he shot back, saying it was the first time he has been accused of being a male.

“Welcome to my world, every single day,” she replied, “where something that I value is taken a couple notches down because it’s from the female perspective, which has not been the critical perspective of the institutions, whether it’s movies or books.”

“The male view has always been the view,” Jones concurs. “And that is what is shifting.”

Surreal Canary Island beach where the sand looks like popcorn