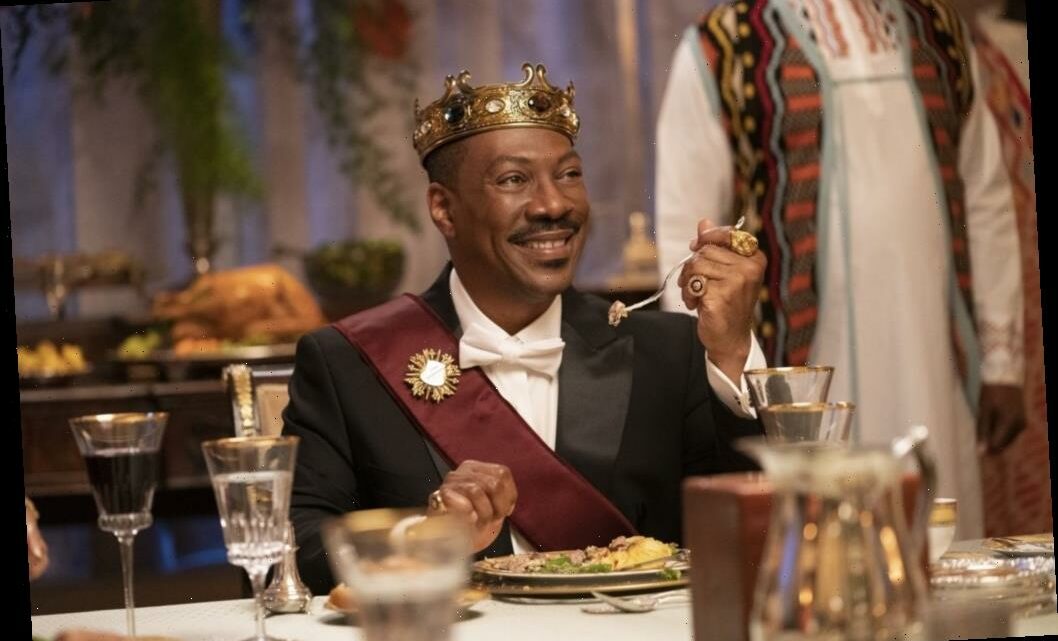 Coming 2 America is finally out on Amazon Prime Video, almost exactly 33 years since the original classic hit theaters. Audiences are clearly happy to see it, as, despite the mixed reviews, the sequel had the biggest weekend viewership for any streaming release since the pandemic began, according to Deadline.

As anyone who’s watched the film can attest to, Coming 2 America makes frequent reference to just about every joke from the original. One, however, is notably absent and the reason is down to one actor’s inability to return.

Rolling Stone recently interviewed David Sheffield, one of the co-writers of Coming to America alongside Barry W. Blaustein. The duo returned during the early stages of development on Coming 2 America to prepare the screenplay, with black-ish creator Kenya Barris stepping in later for a rewrite.

Sheffield told the outlet that the sequel was initially going to include a reference to the “Soul Glo” hair product gag from the original. In the background of one scene, a new commercial would play, with Eriq La Salle‘s character from the original appearing in it. La Salle played Darryl Jenks in Coming to America, the boyfriend of Lisa McDowell (Shari Headley), the woman who eventually marries Prince Akeem (Eddie Murphy).

“I’m sorry that Eriq didn’t want to take part in the sequel, because we had a plan for him,” Sheffield said. “We wanted to do a new commercial that would be seen in the background somewhere in a scene, and it was gonna be called ‘Soul Gro.’ The joke was going to be that Eriq is now selling a baldness cure and he was also a customer. The ad called for Eriq to be bald and for hair to sprout out of his head magically.”

Eriq La Salle is a busy man these days

For his part, La Salle told Rolling Stone in an earlier interview that his intense schedule prevented him from returning for the cameo in Coming 2 America. La Salle is currently serving as a director and executive producer on the NBC series, Chicago P.D. He’s also worked as a director for various other crime procedural series, including APB and Training Day.

“I’m doing the biggest job I’ve ever done as far as responsibility goes,” La Salle explained, in reference to Chicago P.D. “It was really important for me to do this show correctly. There are stories we do that you say, ‘We can’t fuck around, this has to be done right.’ When they came to me and said, ‘Can you do this [Coming to America sequel]?’ I said, ‘I don’t know where I’m going to create time.’”

Gareth Bale poses for pic with Tottenham wonderkid Dane Scarlett, 16, a decade after meeting him in first Spurs spell