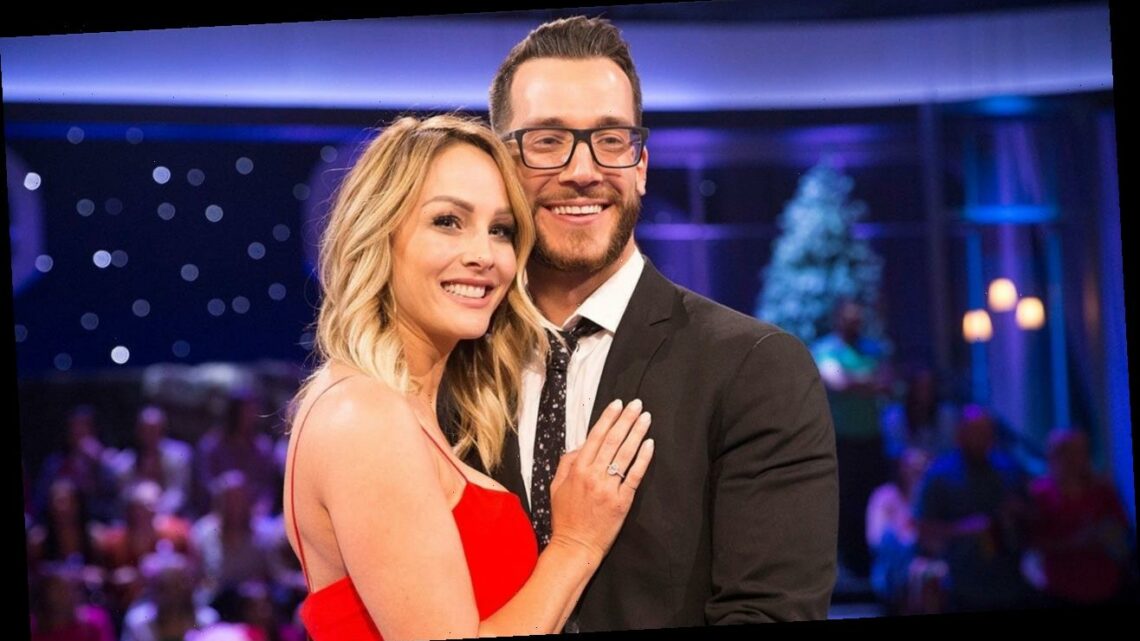 Clare Crawley’s recent social media “likes” hint that she believes she was “forced out” of The Bachelorette, and now her ex-fiance is saying he doesn’t think it was her decision to leave.

During his appearance on Ashley Iaconetti and Ben Higgins’ Almost Famous podcast, Benoit Beausejour-Savard speculated that Clare didn’t want to leave the show early. Benoit and Clare got engaged on The Bachelor: Winter Games in 2018, but broke up weeks later. The pair have remained on good terms since their split, and even shot a scene together for Clare’s Bachelorette intro, but it wasn’t included on the show.

Benoit, who also thinks Clare is being given an unfair edit on the ABC dating show, speculates that it was production’s decision to end her time as Bachelorette. The hairstylist’s connection with contestant Dale Moss has been evident since Night One, and on last week’s episode, she referred to him as her “fiancé,” and refused to give out a rose on a group date. Promos have shown that her Bachelorette journey comes to a close on the next episode, and ET learned in August that Tayshia Adams stepped in as a new lead.

“I think, like, ultimately it was production that came at her and said, ‘You know what, Clare, I feel like you’re not giving it a fair chance, you’re really into Dale, so we want you to be happy,’ and they had like, a common agreement on her maybe leaving the show,” Benoit said. “But I feel like it wasn’t her ultimate decision.”

Benoit also thinks Clare didn’t actually call Dale her “fiancé” in that much-talked about scene. In fact, he thinks Clare was talking about him, and said “ex-fiancé,” but assumes the “ex” was cut out.

“When she called him her fiancé, a lot of people were telling me, ‘Benoit, I feel like they just cut out the ex-fiancé part and maybe they made some jokes about you and that was not fair,’ so there’s no way she would have called him at that moment her fiancé,” Benoit shared. “I know Clare and I know how she is. Why would she have called him her fiancé at that moment, especially in that part because she’s, like, walking, you can see the back of her head so you can’t really read her lips, so it’s weird.”

The Clare fans are seeing on The Bachelorette isn’t the one Benoit feels he knows.

“Put yourself into her shoes, you’re doing quarantine in a resort. This show’s a bit [of a] mindf**k, you’re been there, it’s a lot to manage and I feel like at some point maybe she was overwhelmed by all of this,” he told Iaconetti and Higgins. “She felt super strong feelings with Dale and then this whole thing played out. … There’s a little difference in the Clare that is shown on TV than the Clare that I know in real life.”

“She has some good qualities… right now what we’ve seen it’s only [the] drama part,” he added. “Clare is a really deep person. She likes to get to know you on a really deeper level, which is not showing at all.”

In a recent interview with ET, Bachelor franchise host Chris Harrison said Clare was not forced out of The Bachelorette.

“I would just say she has complete control,” said Chris, who explained he hasn’t spoken with Clare “for a few weeks now.” “This season of The Bachelorette was completely about Clare. It’s all about Clare, and she will decide where we go from here. It’s totally, completely up to her.”

“I really put it in her court, it is completely up to her,” he added. “And while I’m saying that, it really is something that you’re all gonna need to see next week… I like for you to see everything and then you can judge, but in my humble opinion, I really feel like you’ll see next week, it’s her call where we go from here.”