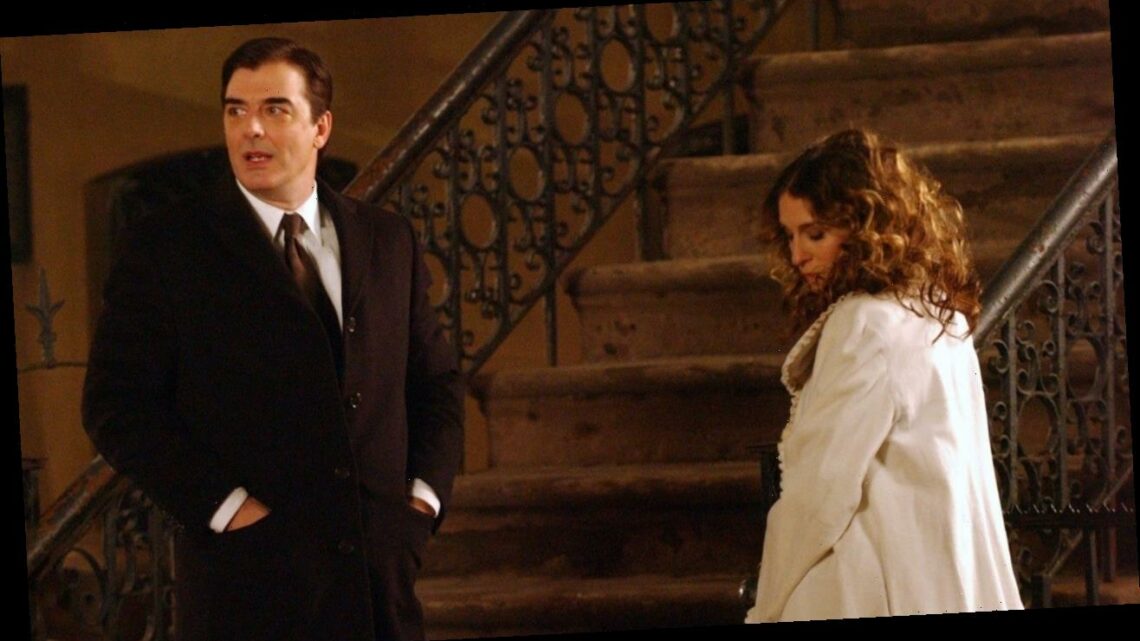 Chris Noth Is Reportedly Not Returning as Mr. Big in 'SATC' Revival

The women of Sex and the City  won’t be looking to their leading men when the beloved franchise returns for a 10-episode revival on HBO Max, according to one report.

Chris Noth will not be reprising his role as Mr. Big, Carrie Bradshaw’s (Sarah Jessica Parker) love interest in the TV series and husband in the two SATC films, Page Six is reporting. Additionally, David Eigenberg, who played Steve, Miranda Hobbes’ (Cynthia Nixon) husband and father of her children, will also reportedly not be appearing in the revival, which has been titled And Just Like That.

The report that both Noth and Eigenberg will not be reprising their beloved roles comes after it was revealed that Kim Cattrall will also not be playing Samantha Jones in the upcoming episodes.

David Eigenberg hugs Cynthia Nixon while filming a wedding scene for ‘Sex and the City’ Oct. 17 in New York City.

If Noth is out of the picture, we can’t help but wonder if John Corbett, who played Carrie’s other serious love interest, Aidan Shaw, on SATC, will be returning.

However, during an interview with The Bradshaw Boys last year, Parker was adamant that she’s always been Team Big.

“There is a very quick and simple answer. You have to be Team Big or Team John (Big’s real name). I guess, only because you can’t tell a story that long and not in the most conventional way kind of root for that ending. And I love Chris Noth so much, and it felt wonderfully and skillfully written by Michael Patrick [King],” she shared on the podcast.

That doesn’t mean that Parker doesn’t also have some love for her woodworker beau.

“But I love John Corbett so much and I loved Aidan. I loved his Aidan,” she added. “The best of both worlds is in fact having your cake and eating it too. So I feel like I got both teams. Ultimately, Carrie should have ended up with Big, but it was a delight to mess around before she arrived at that.”

Corbett later responded to Parker choosing Big over Aidan during an exclusive interview with ET. Check out his reaction in the video below.