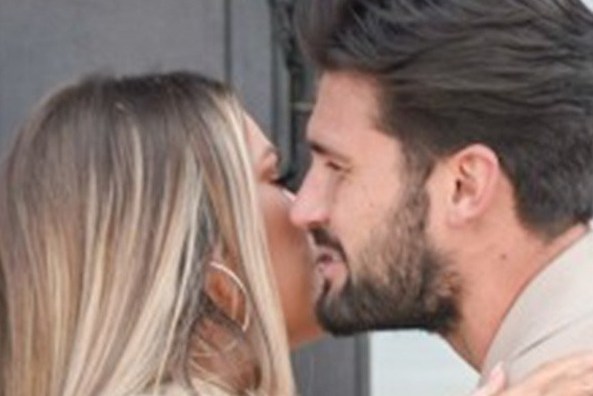 TOWIE'S Chloe Sims and Dan Edgar greeted each other with a kiss as they met up in Essex this afternoon, shortly after returning from their trip to Thailand.

Mum-of-one Chloe, 36, and newly-single Dan, 28, hugged and kissed on the cheek as they reunited to film a scene for the reality TV show in Brentwood. The new lovebirds even appeared to have coordinated their outfits.

While Chloe made sure she dressed to impress in a figure hugging, cream catsuit – minus a bra – and designer Balenciaga trainers, Dan wore similar white trainers and a camel trench coat.

They seemed to be happy in each other’s company as they chatted outside a coffee shop before being joined by their co-star, Georgia Kousoulou.

The new romance came to light following the Essex crew’s recent trip to Thailand, and the fallout will be aired on this Sunday’s episode. 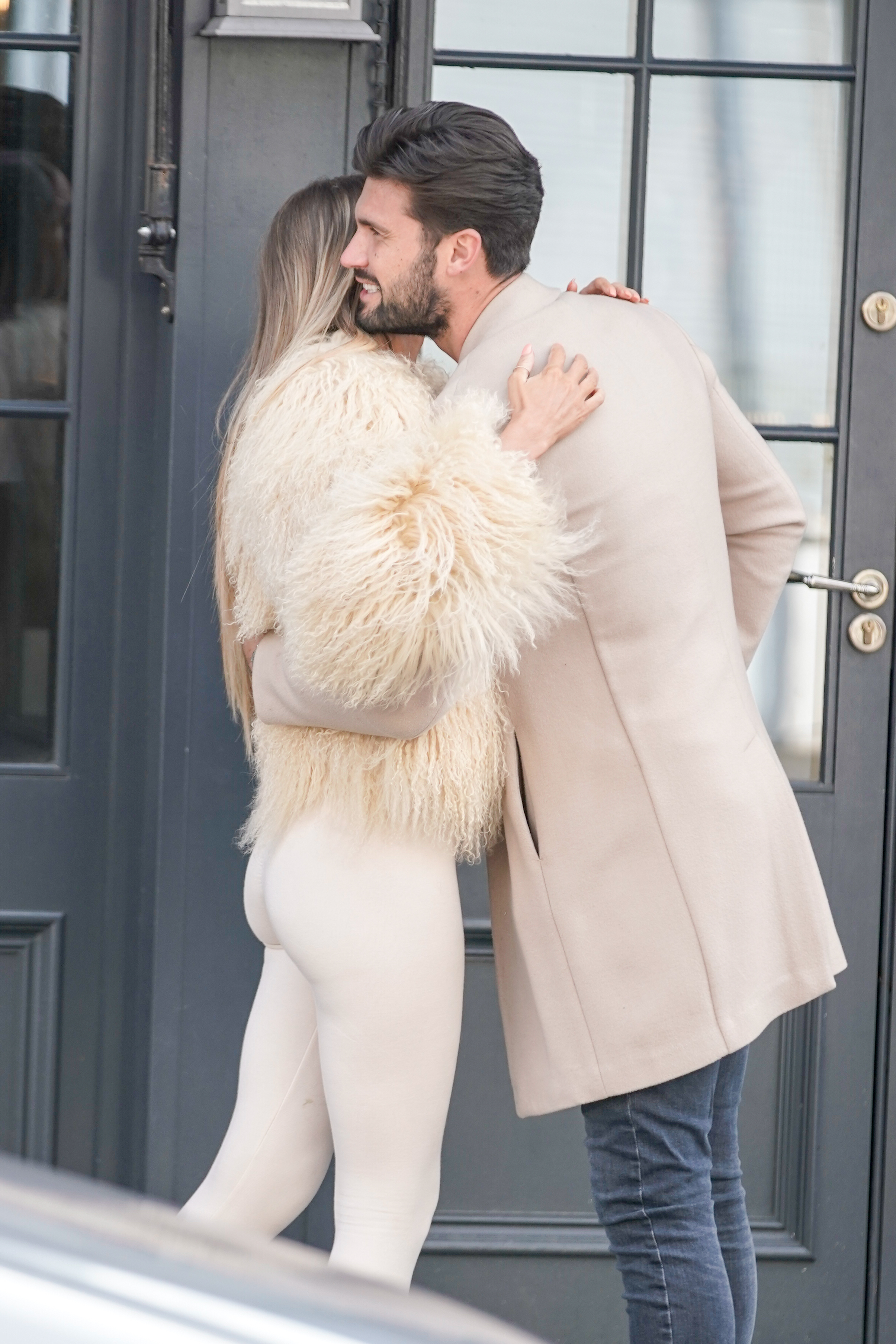 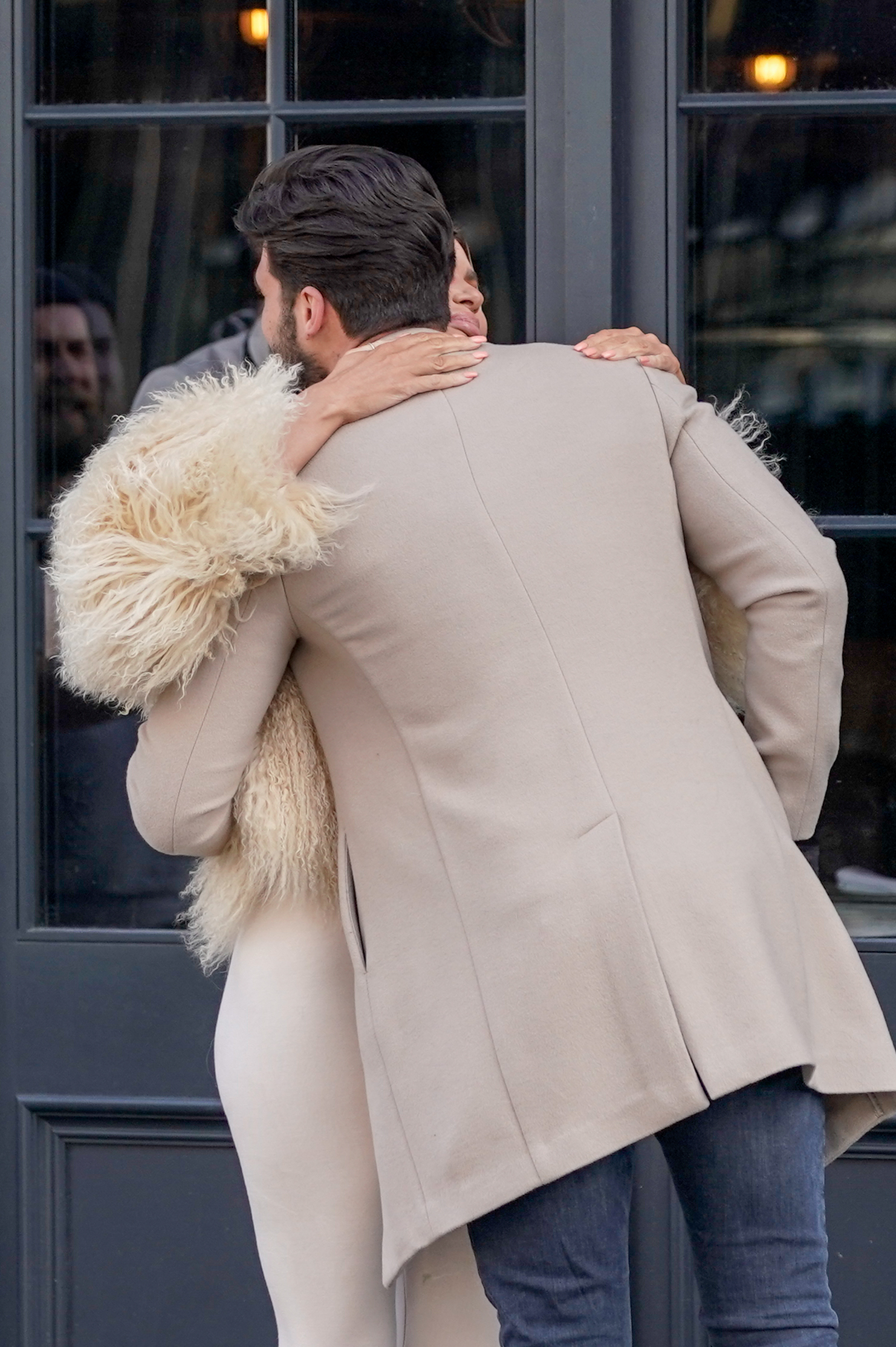 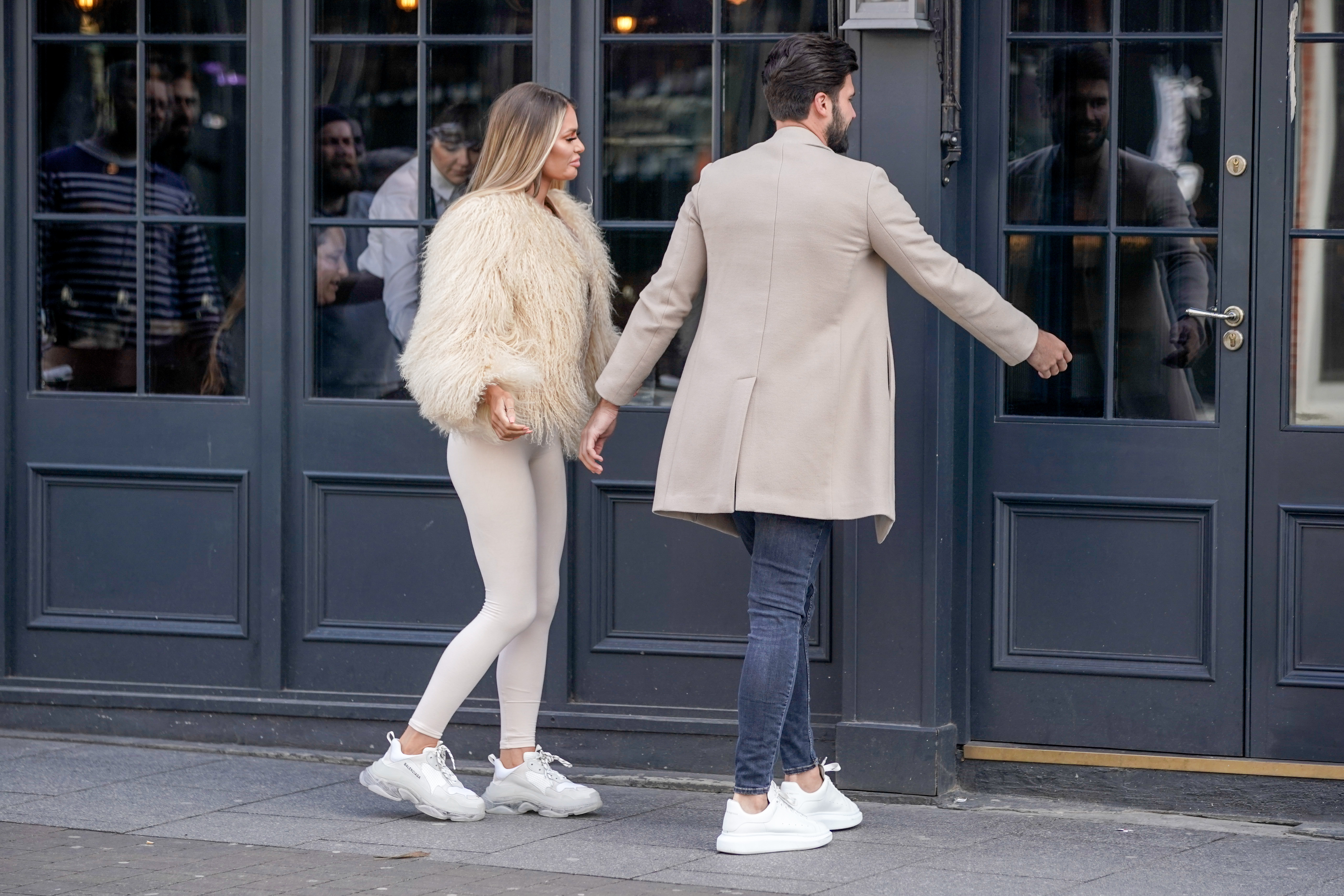 After all, Dan has not long split from his girlfriend, Amber Turner, 24, who has been axed from the show as a result of the breakup.

A source told The Sun: “[Dan] rang Amber and told her [of his feelings for Chloe] and she’s gone ballistic. It’s all going to come out on the show. Amber reckons she knew all along.”

Not only that, but Dan is best friends with Chloe’s younger cousin, Joey Essex, who is "more like a little brother to her".

Despite Chloe and Dan's eight year age gap, they have the same friendship group and are said to be scared to take things further for fear of making things awkward within the group. 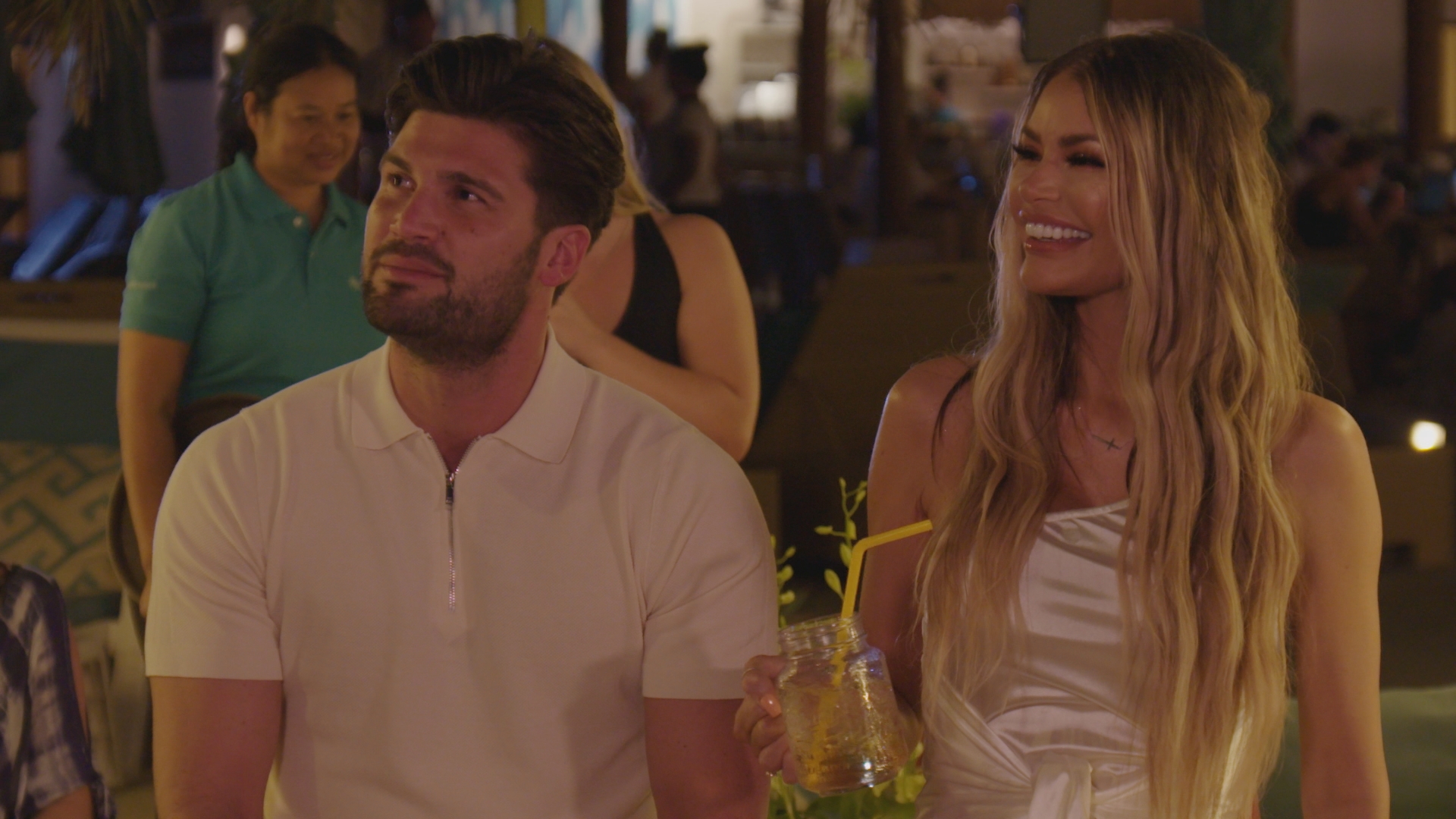 However, they’re also struggling to ignore their “strong feelings” for each other

An insider said: “Dan cleary has a lot of feelings for Chloe but he hasn’t had the best history when it comes to ex-girlfriends and he really doesn’t want to mess Chloe about or risk hurting her.”

The pair had a notoriously turbulent on/off relationship before they went official last May.

Dan confirmed their relationship status last week, saying: “We aren't together anymore. We got to Christmas and it wasn't working out, so I had to walk away from it and I think that's for the best for both of us.”

Damon Jones Reveals That The Soup J.R. Smith Threw At Him Was Indeed "Hot As Hell"