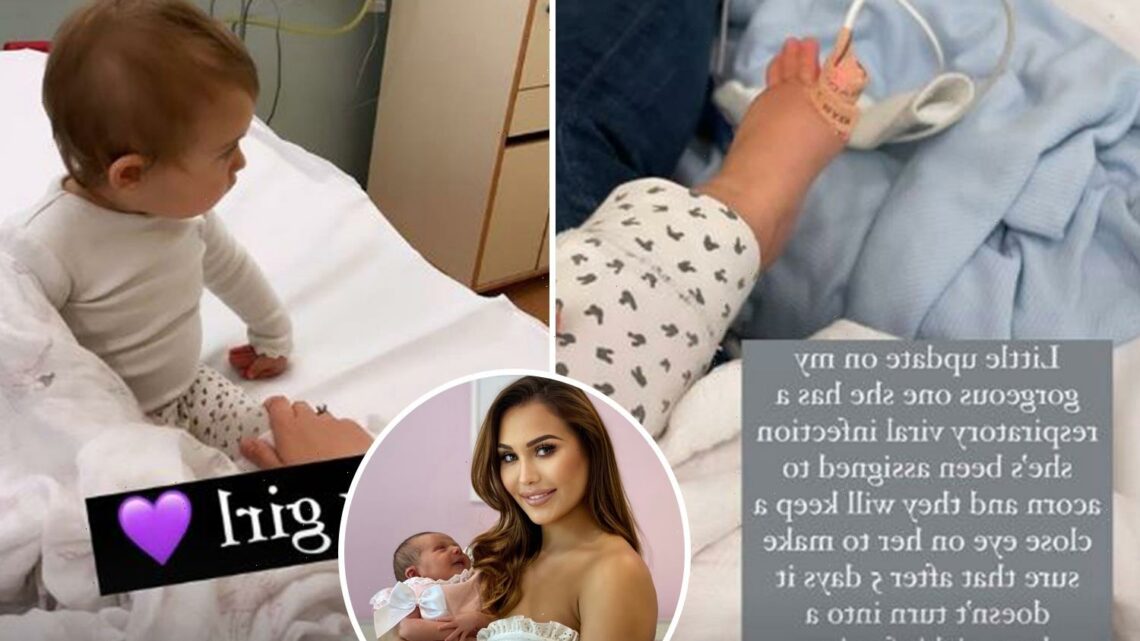 CHLOE Goodman has revealed she rushed her baby daughter Isla to hospital yesterday after finding blood in her urine.

The 27-year-old took to Instagram to document their sudden visit to A&E and share her worry over the 11-month-old's declining health. 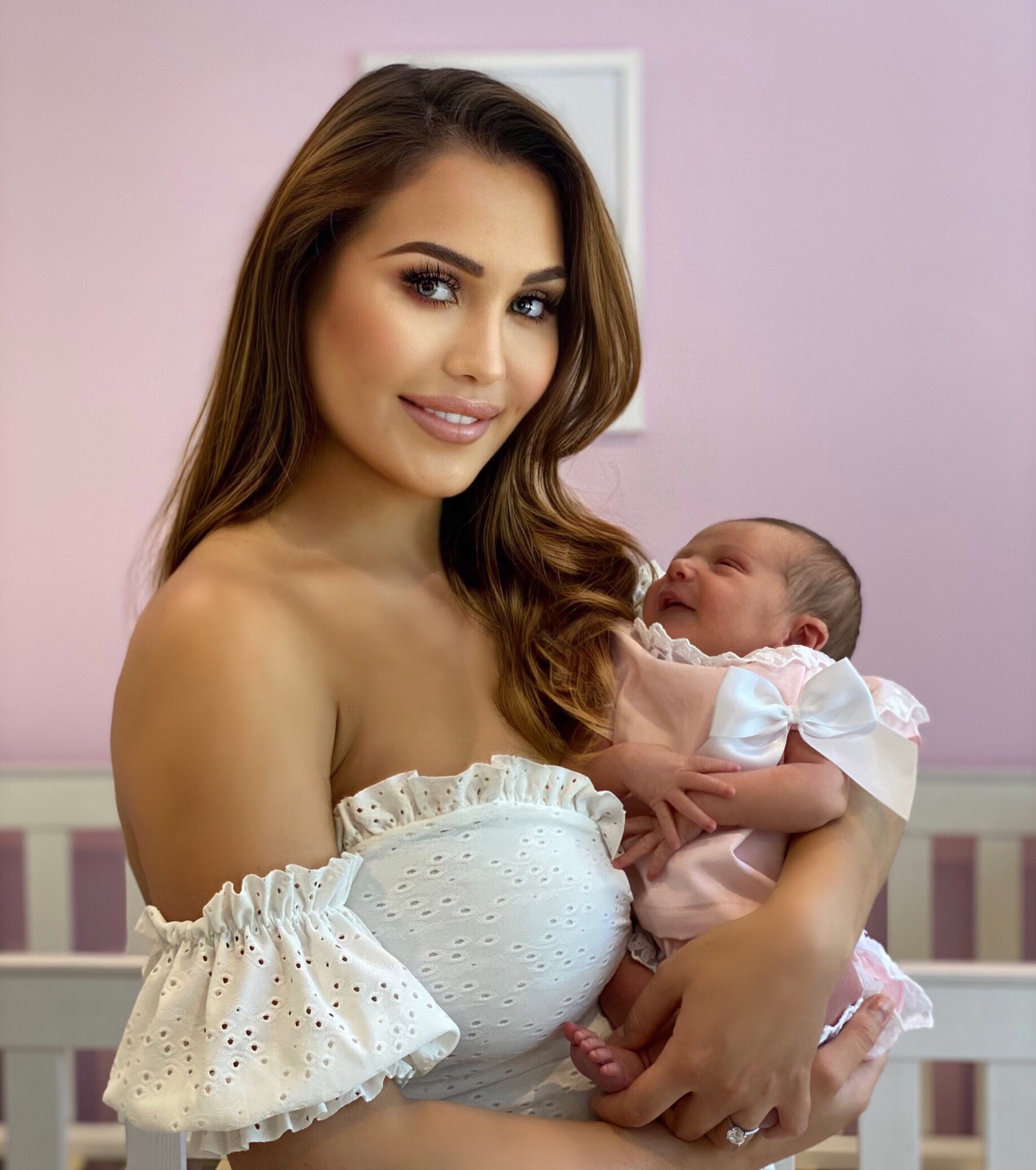 Taking to her Stories, Chloe showed her daughter sitting in her lap waiting to be seen by medical staff.

Although her little one initially appeared in OK spirits in the first clip, the EOTB star then showed Isla lying in a hospital bed holding onto her hand an hour later.

Chloe continued to update fans on her daughter's diagnosis and wrote across the boomerang; "Docs think Isla has some sort of infection due to her having blood in her wee x just waiting to hear back they are running more tests".

After five hours, the MTV star announced that Isla had been diagnosed with a "respiratory viral infection" and was assigned a community nurse to keep a close eye on her health over the coming days. 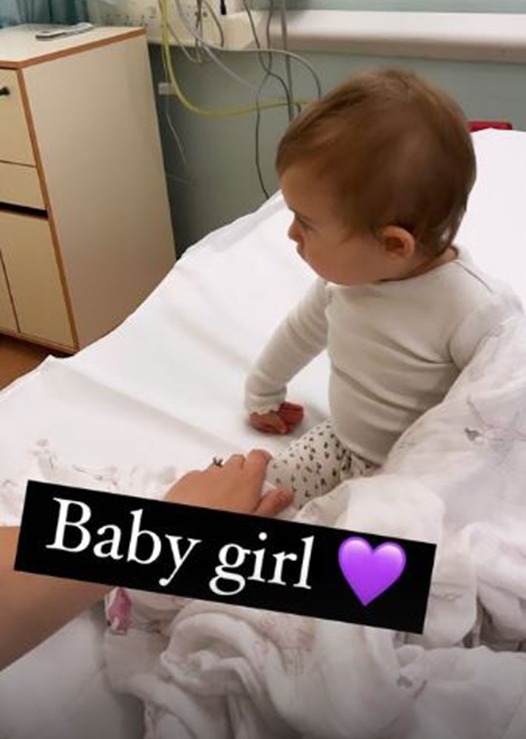 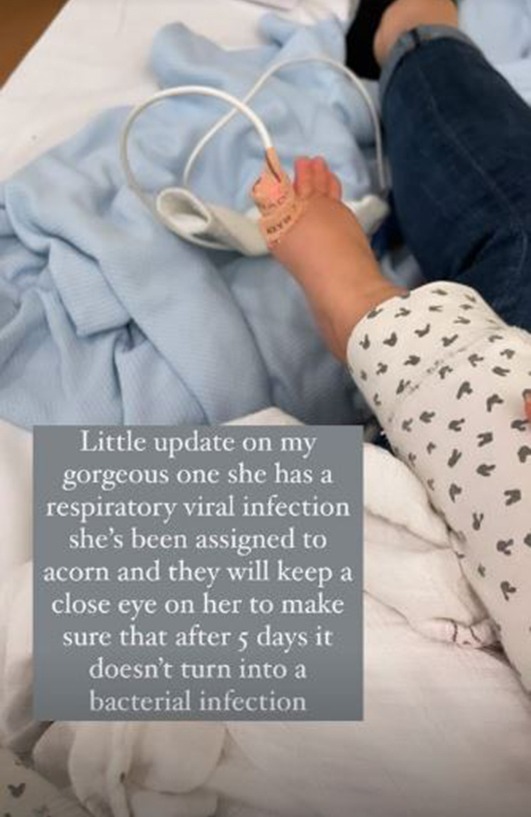 Sharing a photo of her daughter's foot heartbreakingly hooked to an IV drip, she penned: "Little update on my gorgeous one she has a respiratory viral infection…

"She's been assigned to acorn [a community nurse] and they will keep a close eye on her to make sure that after 5 days it doesn't turn into a bacterial infection".

Chloe gave birth to her firstborn in May, just days after her sister Lauryn, 30, celebrated her own baby news month, welcoming a “miracle baby” with England footballer Kyle Walker.

Both new mums have been very open about their pregnancy struggles and life after giving birth. 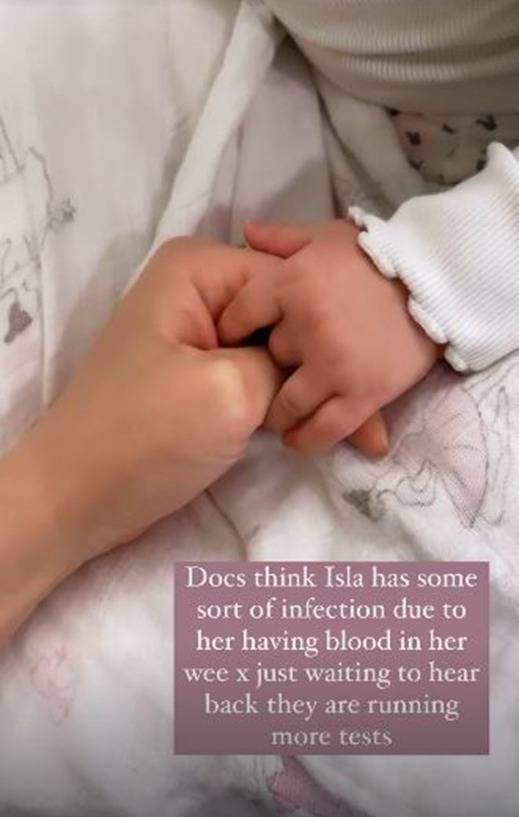 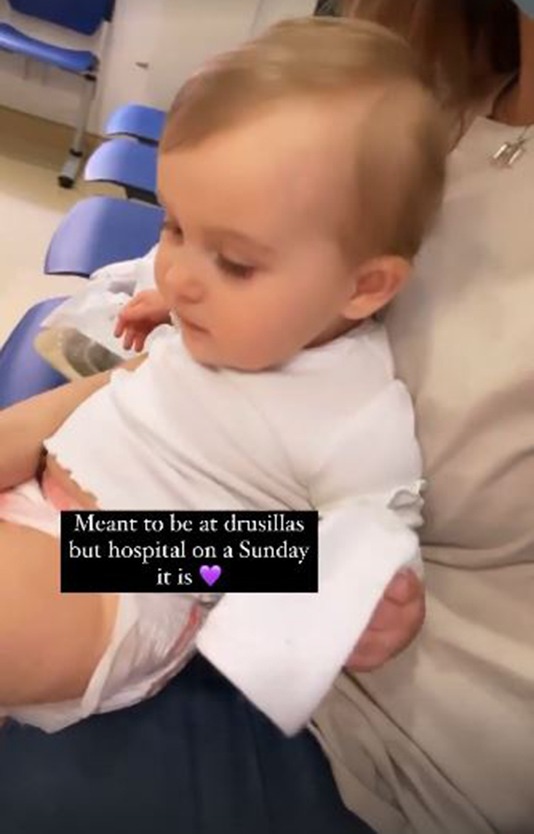 Chloe told Closer: ''My boobs went from a C to an F in pregnancy and now they’re even bigger. I dread to think what they will look like when she’s done with them! But that’s what they’re there for."

Discussing her post-baby figure at the time, she added: "I’m the biggest I’ve ever been and I have had a couple of cries about it. My stomach is still super squishy."

But her other half Grant Hall had no complaints, telling his model fiancée to give herself  "40 weeks to feel more normal again". 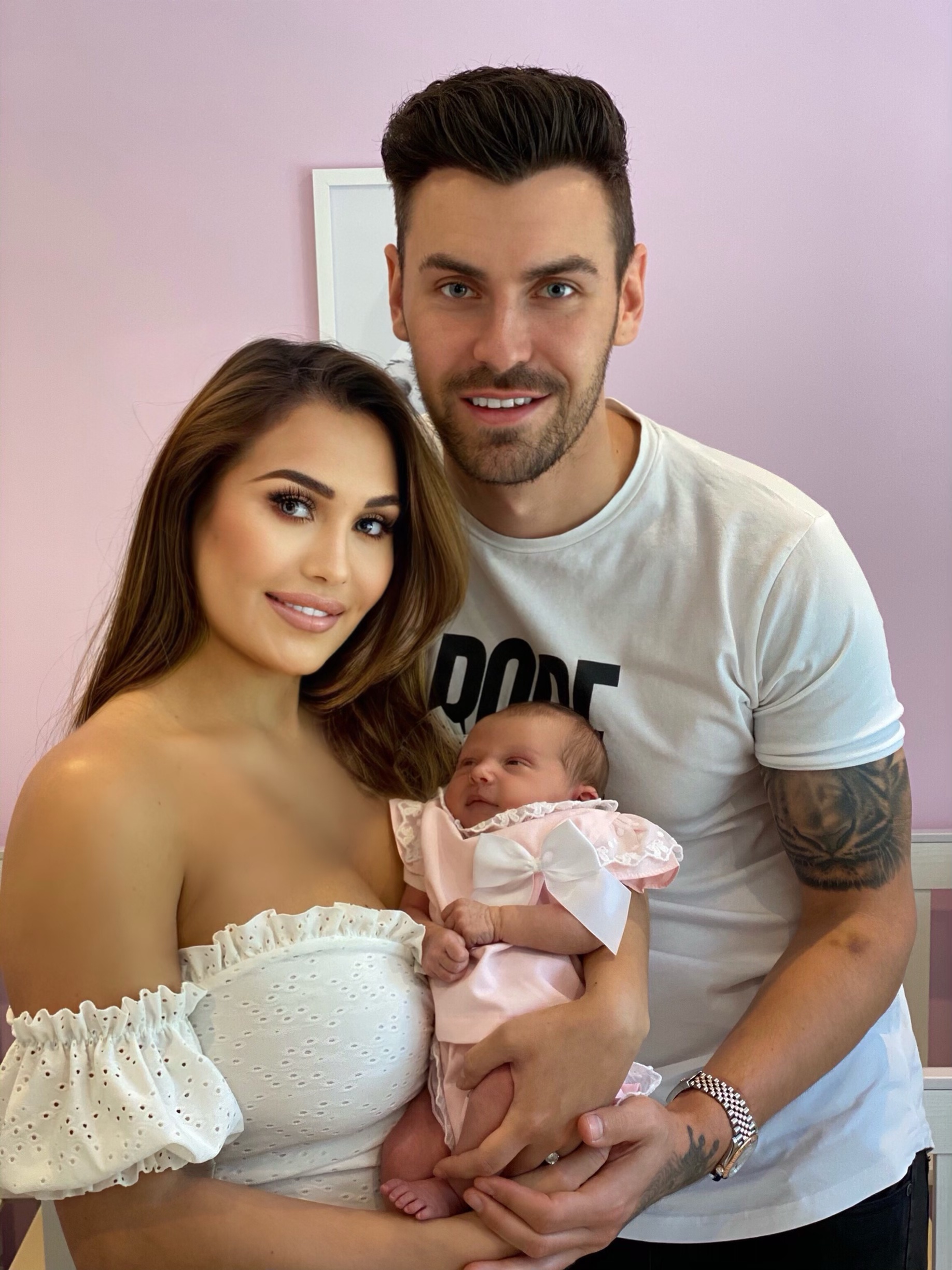 She said: "My partner chose Isla and I thought it was beautiful and a lovely classy name.

"We chose Elizabeth as that's my middle name and it was my great-grandmother's."

Chloe struggled with her pregnancy, needing to have a cervical stitch and battling severe anxiety as a result of lockdown.

A cervical stitch is a common treatment for pregnant woman. The procedure keeps the cervix closed if it starts getting shorter in early pregnancy.

The Celebrity Big Brother star, who had half of her cervix removed in 2018, had the stitch at 40 weeks pregnant.

Chloe and Grant Hall got engaged after the footballer popped the question during the gender reveal at their swanky pad In January 2020.