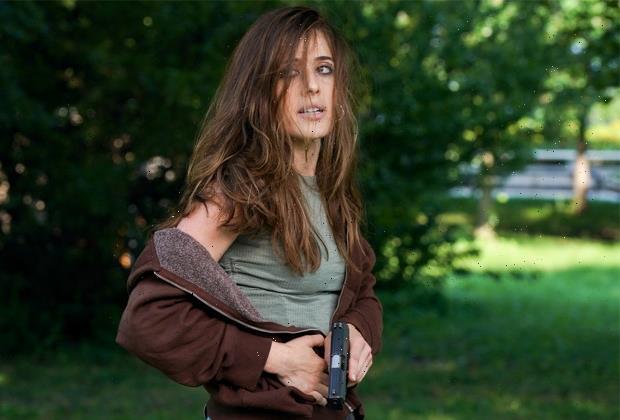 This week on Chicago P.D., Burgess continues to recover after surviving a brutal attack that landed her in critical condition at Chicago Med. With her wounds still fresh, questions about Burgess’ future with Intelligence loom.

“I don’t think she really knows yet what she is going to do,” Marina Squerciati, who plays Burgess, tells TVLine.

Wednesday’s episode, titled “Rage” (NBC, 10/9c), takes place about two weeks after the kidnapping. Burgess’ colleagues, including Ruzek (who floats the possibility of her taking a desk job), are eager to have her back, but she isn’t quite ready to jump back into the action.

“I feel like people get the flu and are out of work longer than that, and she was brutally assaulted and shot twice,” Squerciati says of Burgess’ journey in the upcoming episode. “I think it’s a matter of Ruzek trying to give her the space she needs, but ultimately not giving her the time she needs to heal.”

It doesn’t help that she hasn’t received proper closure from the kidnapping. Although Upton and Voight know that Roy, the man who abducted her, is dead and no longer a threat, she still believes he’s very much alive and hiding out somewhere. This week’s episode will delve into Burgess’ mental state after physically surviving the traumatic experience.

“I love that in this episode, they let me carry out that pain, that mental anguish and that physical anguish and really work through it… that I wasn’t Wonder Woman the next episode,” Squerciati adds.