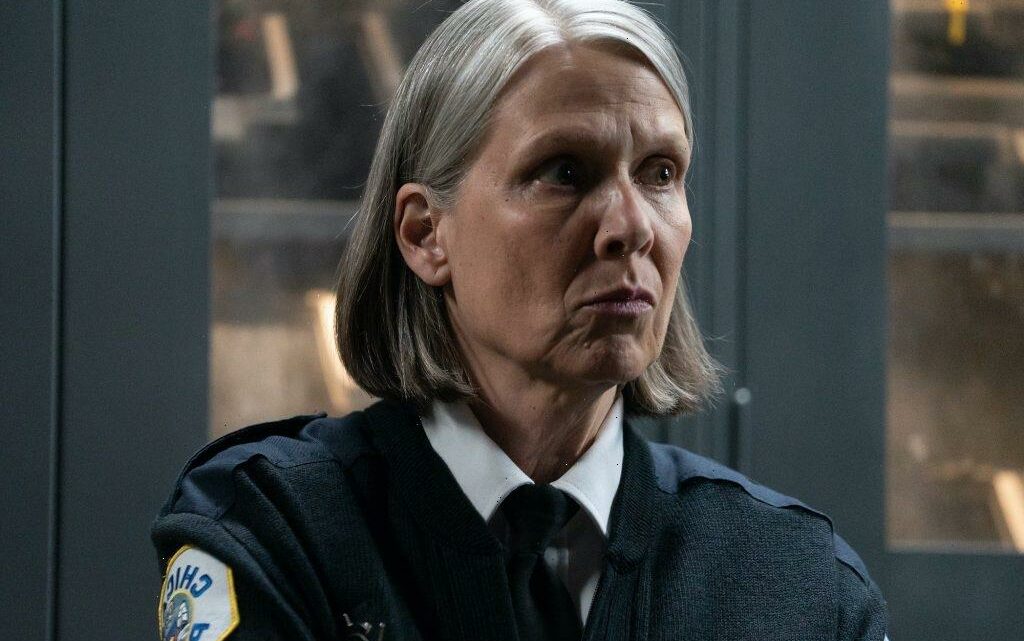 Amy Morton has been a part of Chicago P.D. since the first episode aired in 2014. Playing the role of desk sergeant Trudy Platt, the fan-favorite character has attracted a loyal fan base. Viewers love her connection with Chicago Fire and can’t seem to get enough of the sarcastic police officer.

While Platt used to see much more screen time when the show first started, it seems her role has dwindled in recent years, and fans want to see more of her character next season on the long-running NBC television series.

Platt used to get a lot more air time

Despite being a series regular, Morton’s character seems to be getting a lot less screen time. When the show first started, Platt was at the front desk in almost every episode. Her appearances in recent seasons have been more sporadic, leaving fans to wonder what’s going on.

A lot of Morton’s recent credits for Chicago P.D. are listed as “credit only.” According to the IMDb guidelines, that means “Someone is credited but did not appear in the title.” They explain, “this is common in TV shows where regular performers sometimes do not appear in a particular episode but retain a screen credit.”

Is Platt leaving the series?

Fans will be happy to hear that, despite the lack of screen time, Platt doesn’t seem to be going anywhere. According to FanSided, Morton is expected to return for the upcoming ninth season of Chicago P.D. That’s not to say a “surprise twist” couldn’t take her out mid-season, as her contract with NBC has not yet been confirmed.

FanSided pointed out, “Morton’s cynical desk sergeant is a fan favorite, but she continues to be the show’s most underused character.” They explained, “The eighth season didn’t give One Chicago fans a Trudy-centric episode, and it sometimes felt like she had more to do on Chicago Fire than she did on PD.“

It is yet to be seen if writers will bring Platt back into the fold. Many hope her long history with Hank Voight (Jason Beghe) will play out. Others are looking for more scenes at the desk that is the heart of the precinct. No matter where the storyline goes in the upcoming seasons, fans hope Platt will have a more prevalent role.

Morton got her start in the entertainment industry as an ensemble member of the Steppenwolf Theatre Company. She landed her first television role in 1983, going on to work in various television series. The feisty desk sergeant has also appeared in mainstream movies such as Rookie of the Year, 8MM, and Up in the Air.

She has also had several recurring roles on television series. Morton played Catherine Walsh on Boss from 2011 to 2012. The following year she portrayed Amanda Harris on the CBS crime drama Blue Bloods.

According to IMDb, Sergeant Trudy Platt made her first appearance in the Dick Wolf trilogy in 2014 on Chicago Fire. The fan-favorite officer then crossed over to Chicago P.D., where she has manned the front desk of the 21st precinct for the past seven years.

Fans of the popular crime drama recently took to Twitter to discuss the need for Platt to get more air time. They suggested the show needs to get back to the “patrol aspect” and see her interact more with Burgess (Marina Squerciati). Some fans claims she is “the best character on the show,” calling her “criminally underrated.” Most agreed that Chicago P.D. needs to make better use of Platt next season.