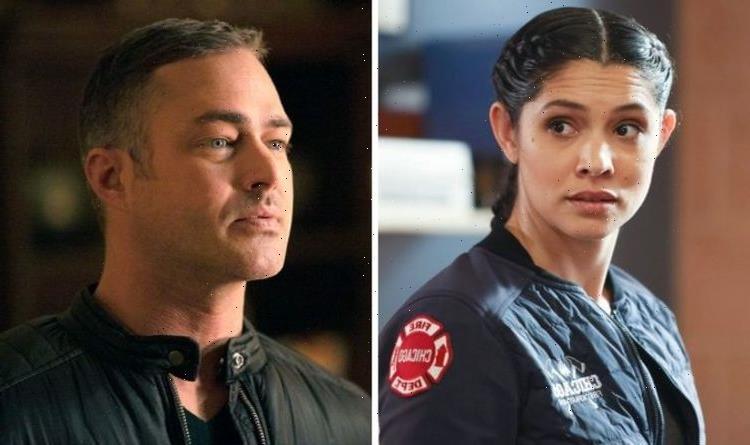 Chicago Fire: Matt tells Sylvie that he loves her

The popular NBC series follows the lives of the brave firefighters and first responders of the Chicago Fire Department. After the sad departure of Lieutenant Matthew Casey (played by Jesse Spencer) earlier this year, Chicago Fire still has the rest of the Christmas hiatus to go before fans find out what happens next.

Season ten of the action-packed drama came to a dramatic halt earlier this month.

Chicago Fire unfortunately won’t be back on screens now until Wednesday, January 5 in the new year.

Thankfully, the midseason premiere will also be joined by spin-offs Chicago Med and Chicago PD, so there’s still plenty of Chicago-verse content to look forward to.

Even so, fans have taken to social media in frustration when they realised they’d have to wait almost a month until new episodes surface.

Twitter user Niamh said: “I watched 42 minutes of that Christmas episode for that ending.

“We’ve been waiting for it since [Stella] left at the beginning of the season for the show not to be back until January are you KIDDing me?”

Madeline Colman exclaimed: “Stella is BACK!!! But we gotta wait til January 5th. Awe Fooey!!”

And Noonie complained: “All we get is a “Hi Kelly” and we gotta wait til January!? THAT SUCKS!”

When we last left off, Battalion Chief Wallace Boden (Eamonn Walker) was forced to make a tough decision whilst Stella Kidd (Miranda Rae Mayo) continued her leave of absence.

However, all eyes will be on Stella’s return in the second half of season ten, coming January 2022.

Fans are expecting a difficult conversation with her fiancé Kelly Severide (Taylor Kinney) after she left to help the Girls on Fire program in Boston.

Stella’s all too brief appearance at the end of episode ten confirmed she’s back in the series, but why has she still not responded to Kelly’s attempts to get in touch?

During the wait, series showrunner Derek Haas has confirmed what fans should expect from Stella’s return to Chicago Fire when it returns.

Speaking to TVLine, he revealed: “Yes, she’s back for good, but she has a lot of explaining to do.

“It’s not just explaining to Boden why she didn’t immediately come back when she heard that Casey was leaving and more or less planted a flag on Truck 81.”

“But also why she went dark on Kelly when he was obviously trying to reach her and had her best interest in mind.”

Stella’s exit has had huge ramifications for both her work and personal life.

Firehouse 51 hasn’t been the same since her sudden departure, but Haas has assured fans the next crop of episodes will directly address the fallout from her disappearance.

Urban Meyer's daughter vows 'war' after Jaguars fire coach: 'I think you just released the kraken in me'
World News