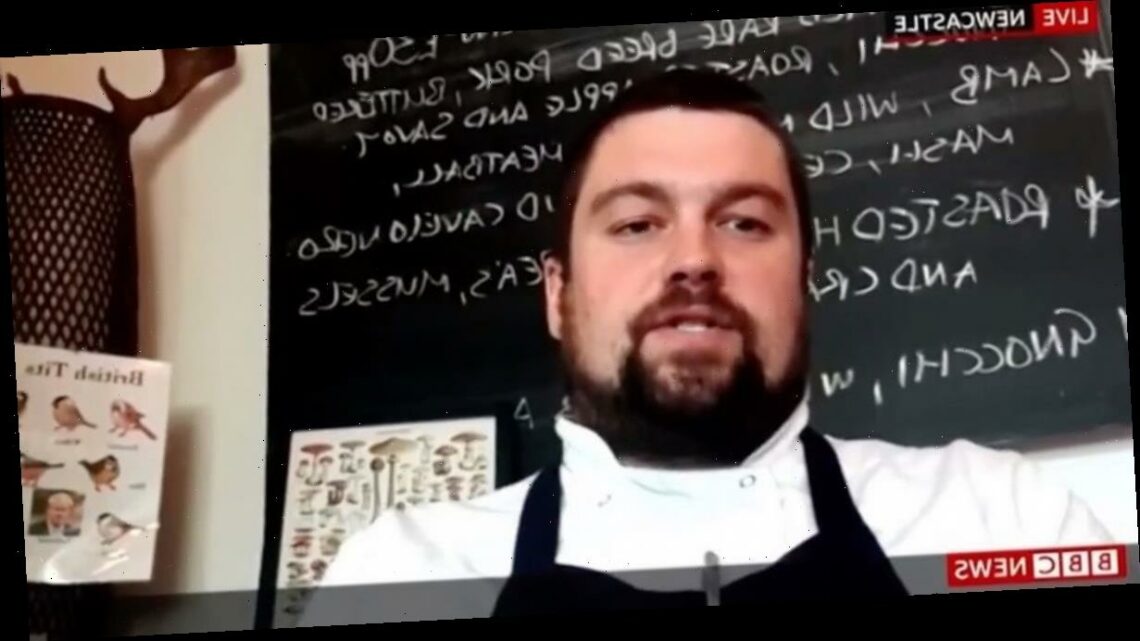 A chef being interviewed for BBC News managed to troll Boris Johnson live on-air – and completely get away with it.

In the footage, Max Gott, owner of Bistro Forty-Six in Newcastle, is giving his opinion about new lockdown restrictions in the north-east of England.

In the background, a poster of "British tits" is hanging behind him – with illustrations of native birds including blue tit, bearded tit, long-tailed tit, and great tit.

But the business owner appeared to have made a subtle tweak and added a picture of the Prime Minister to the collection of birds.

"Tit", of course, is British slang for idiot.

Mr Gott made his feelings about the new rules pretty clear in his interview too.

He told BBC News: "Every week just gets harder so we can't take on more staff at the moment.

"We're having to diversify – we are opening as a takeaway as well with a slightly different concept of what we currently do and I think that's the only way we can go forward.

"It makes it so hard to operate, we constantly feel that if we do something wrong it's our licence and it's our livelihood that's going to come under fire.

In another dig at the government, he wrote on Twitter: "Dear Boris Johnson. We are running at 40% capacity.

"Even if we are full 7 days a week we will not break even.

"It's physically not possible for us to make money under current guidance.

"We need help! You absolute weapon.

"Much love, Every independent restaurant."

EXCLUSIVE: Rita Ora Collaborates on Footwear Line With ShoeDazzle, Opens Up About Struggles as a Woman in Music