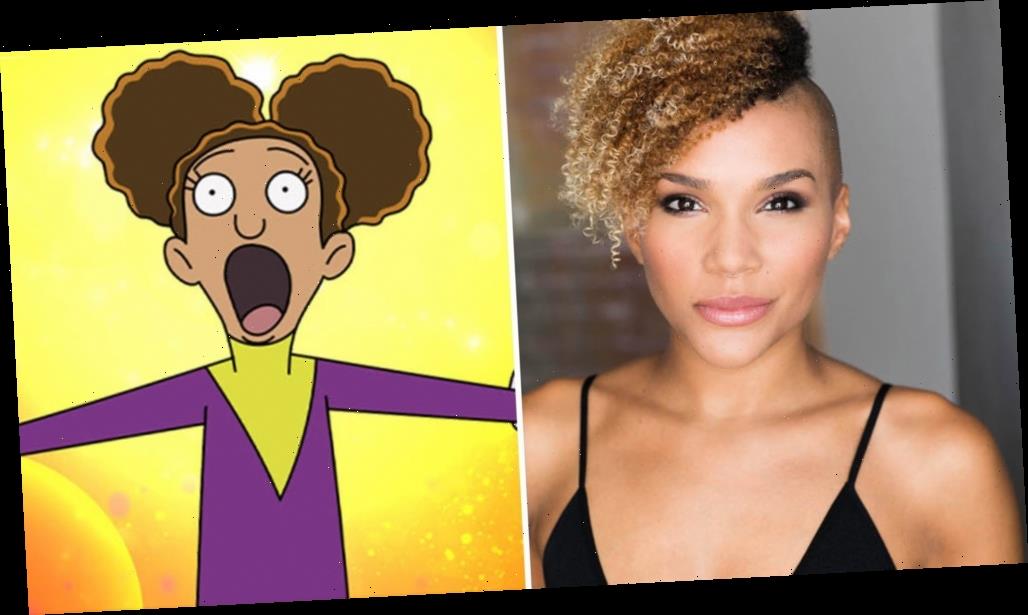 The Umbrella Academy star Emmy Raver-Lampman has joined Apple’s animated series Central Park in a recasting for the role of Molly Tillerman, the mixed-race character originally voiced by Kristen Bell. The announcement comes ahead of tonight’s Central Park season one finale.

In June, Bell and the show’s creative team mutually decided that Bell would step back from the role, releasing a statement which said that “casting of the character of Molly is an opportunity to get representation right – to cast a Black or mixed race actress and give Molly a voice that resonates with all of the nuance and experiences of the character as we’ve drawn her.”

Bell’s exit from the role came amid the racial reckoning occurring in Hollywood and around the world following the death of George Floyd at the hands of Minneapolis police.

Bell also released her own statement at the time, saying that her voicing the character “shows a lack of awareness of my pervasive privilege.”

“After an extensive casting process that brought a number of incredible contenders to the forefront of our Molly search, we could not be more thrilled, honored, and certain that we have found the perfect marriage of character to voice in the amazing Emmy Raver-Lampman, said Central Park’s creative team of Loren Bouchard, Josh Gad, Nora Smith, Halsted Sullivan and Sanjay Shah in a joint statement. “From the moment we heard her Molly, we knew she was the right choice. Her comedic chops, endearing spirit and other-worldly singing prowess have us jumping with joy at the possibilities of this already wonderful character moving forward.”

When Bell’s departure was announced, creators said she would remain with the show in a new role, which has yet to be determined.

“Our gratitude for and thanks to Kristen Bell and the fantastic work she did in Season 1 can never be overstated,” the creators said. “And as we look for new ways to utilize Kristen’s brilliant vocal talents moving forward, we are forever grateful for her support, her camaraderie, and most importantly her beautiful performance as Molly Tillerman in Season 1. We consider ourselves lucky to have both of these women as part of our “Central Park Family” with so many more stories ready to be told.”

Central Park, which has a two-season order at Apple TV+, hails from Bob’s Burgers creator/EP Loren Bouchard, who co-created it with Bob’s Burgers executive producer Nora Smith and Josh Gad.

Because of the lengthy production cycle for an animated series, Season 2 already had been recorded and the intent was for the Molly role to be recast as soon as season 2, with her dialogue rerecorded.

Central Park follows the Tillermans, a family that lives in Central Park. Owen, the park manager, and Paige, his journalist wife, raise their kids Molly and Cole in the world’s most famous park, while fending off hotel heiress Bitsy Brandenham and her long suffering assistant Helen, who would love nothing more than to turn the park into condos.

Hamilton alumna Raver-Lampman is best known for her starring role as Allison Hargreeves in The Umbrella Academy, opposite Ellen Page and Tom Hopper, which will release its second season on July 31. On the film side, she can currently be seen in the independent feature, Wednesdays, opposite J.Lee and Seth Green, and will next be seen in Nick Simon’s Untitled Horror Movie.