Home » TV & Movies » Casualty spoilers: Iain refuses to give up and Ethan struggles to move on 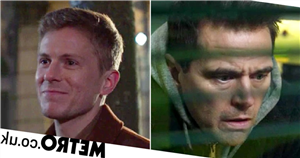 Casualty spoilers: Iain refuses to give up and Ethan struggles to move on 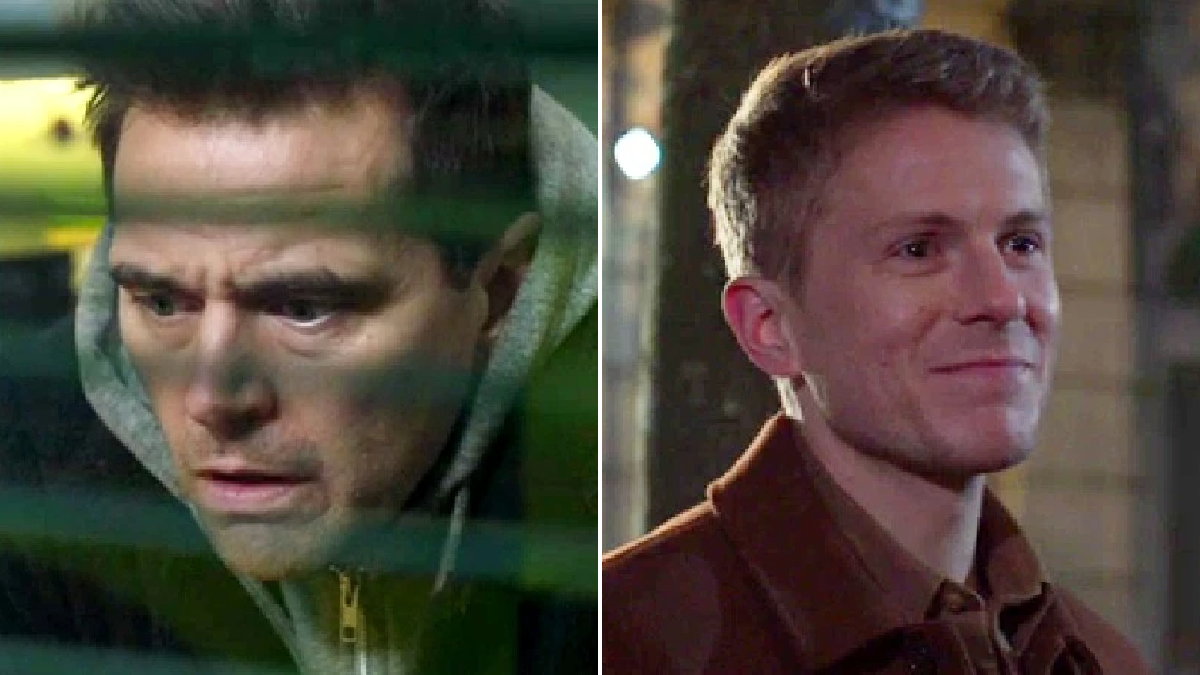 The start of the first episode in tonight’s Casualty double bill opened with Iain (Michael Stevenson) once again lurking around the farm where he suspects people trafficking is going on.

Not put off by the fact that the last time he went there he ended up trapped in a grain silo, he was determined to track down Elvira, the sister of a former patient. It wasn’t long before he got caught by the farm boss, Pat (Nathan Sussex), who threatened Iain and then set a dog on him. Iain was only saved from a worse fate when Pat got hit by a lorry.

As Jan (Di Botcher), Sah (Arin Smethurst) and Ffion (Stirling Gallacher) sorted out Pat, Iain looked in the lorry – but found it empty.

Elsewhere there was another lorry, though, full of women who’d been brought into the country from Albania. One of them, Sara (Kristi Bardi), was pregnant and started to go into labour, while another was having trouble breathing. The container from the lorry was left at the farm and the driver texted Pat to say that it had arrived.

Luckily Iain had grabbed Pat’s phone and when he saw the text he rushed back to the farm. When he eventually found the container he rescued the women, and Sara later delivered her baby in hospital.

She had to do it without the help of any gas and air in the ambulance, because it had earlier been stolen by some classmates of Ollie Hide (Harry Collett). They were in the ED for a careers trip, and Ollie had reluctantly got involved with Dan (Adam Abbou) and Louise (Jennifer Brown), who were bored and ready to cause trouble. Poor Ollie is a bit of an outcast among his peers and tried to impress Dan and Louise, but ended up bashing his head after collapsing while trying the stolen nitrous oxide gas. When he told David (Jason Durr) what had happened, Dan took revenge by putting embarrassing footage of Ollie online.

Ollie laid the blame for all his firmly at David’s door, saying he pushed people away, including him and Rosa (Jacey Salles).

Meanwhile Iain wasn’t content with rescuing the women from the farm, because Elvira wasn’t among them. Ffion tried to convince him of the scale of his search and begged him to leave it alone. Jan once again told him, ‘You can’t save everyone.’ But Iain made a promise to save Elvira, and it looks like he won’t give up.

The second episode saw Ethan (George Rainsford) going for a date with Amy (Catrin Stewart), a police officer he’s met at work. As their date progressed we saw flashbacks to two earlier time frames, the first when Ethan met Amy two weeks earlier when dealing with a troublesome patient called Lee (Damian Lynch), and the second to even earlier than that, which marked the start of Lee’s troubles when his son Harry (Jahmai Jeremie) was stabbed in an attack and died.

The disintegration of Lee’s life after Harry died mirrored the trauma that Ethan was still trying to process following Fenisha (Olivia D’Lima)’s death. Fenisha herself appeared in the flashback scenes, a touching reminder of the bond between her and Ethan.

It all made him realise that he wasn’t yet ready to move on and start seeing other women, though when he is he could do a lot worse than Amy who was a really nice character.

Jan told him that one day it’ll feel right for him to start dating again. ‘Just not today,’ he told her.