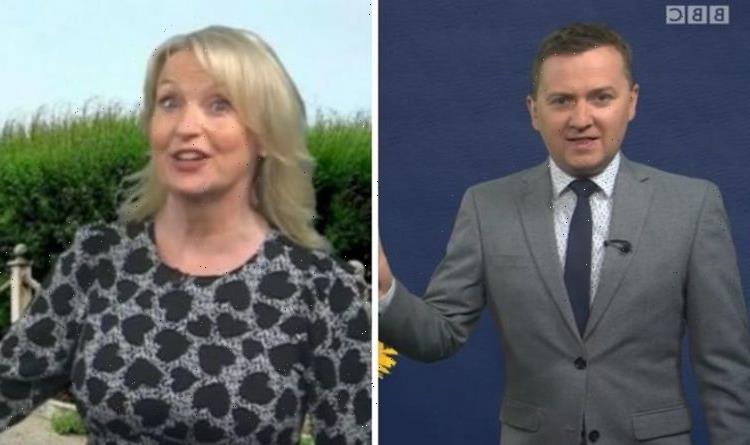 Meteorologist Carol Kirkwood has spent more than 20 years at the BBC and usually presents the weather forecast on BBC Breakfast. If Carol is unable to host at the weekend, newcomer Owain Wyn Evans often steps in to give the latest weather news. In recent weeks, there has been a shake-up of the weather presenters during the weekend instalments, as Louise Lear has also recently stepped in to host the weather. However, on Saturday, Matt Taylor gave BBC viewers the latest weather forecast.

Matt, who joined the BBC team in 2004, also stepped in to host on Thursday’s BBC Breakfast when Carol was absent from the programme.

However, Carol made a return to her usual slot on Friday’s programme.

Taking to Twitter on Friday, Matt shared an insight into this weekend’s weather forecast.

He penned: “Hotter and more humid conditions by Sunday for many as returns more widely over the #weekend.”(sic) 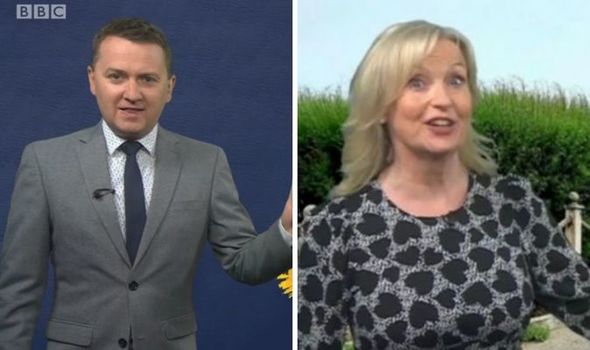 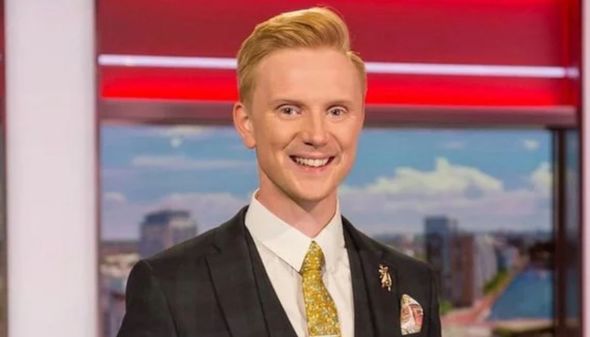 Since Owain made his debut on the breakfast chat show, it was rumoured that he could get Carol’s job if she ever decided to leave.

One fan branded Owain as Carol’s “heir” after watching his broadcasts during the weekend.

While BBC Breakfast nor the BBC have announced any plans to replace current weekday host Carol, some viewers have requested to see “more of” Owain on the show.

Carol first joined the BBC as part of their secretarial reserve in the nineties before working in different sections and falling in love with meteorology. 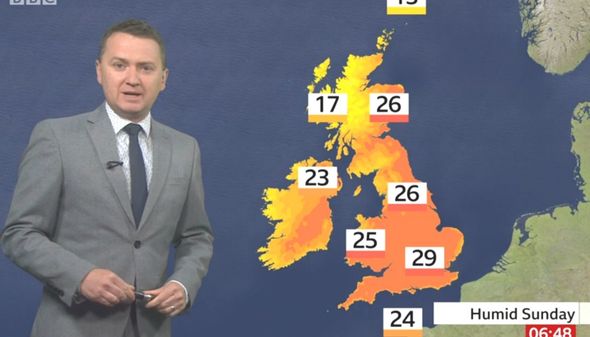 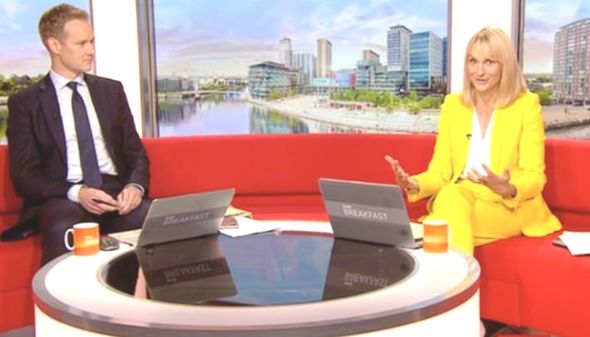 She trained with The Met Office and presented forecasts on The Weather Channel before returning to the corporation.

The 58-year-old who rose up through the BBC’s ranks said she considered BBC Breakfast to be her “dream job”.

Previously, Carol has discussed her concerns about stepping down and how she would “never give up” her “dream job”.

She said that the “clock is ticking down for me”.

Elsewhere, earlier this week, Louise Minchin announced she had decided it was time for her to leave BBC Breakfast.

During Tuesday’s programme with Dan Walker, Louise confirmed the news in a tearful statement.

Dan began: “We have some rather significant breakfast news coming your way. I say we but Louise…”

“Just going to take a little bit of a deep breath,” Louise replied. “So, everybody, it’s something I just wanted to tell you about.”

She continued: “It will be this year 20 years since I first presented this programme and since then I have felt part of a huge, enormous BBC Breakfast family who includes everyone who works here everyone on the team, and every one of you who watches the programme.

“I have loved being part of it but there is a but. You know about the but. I have decided it is time that I stop setting my alarm for 3.40am, sometimes when I’m feeling really rebellious, 3.46am in the morning, and I am going to be leaving programme.

“It’s not going to be for a while but just before anything else I just wanted to thank everybody who is watching for your loyalty, your support over all those years, I have loved being part of it, I really will miss it but it is time now to stop that alarm in the morning.

“Thank you for watching all of those years as well.”