Home » TV & Movies » ‘Capernaum’ Is Not Just a Film, but a Rallying Cry 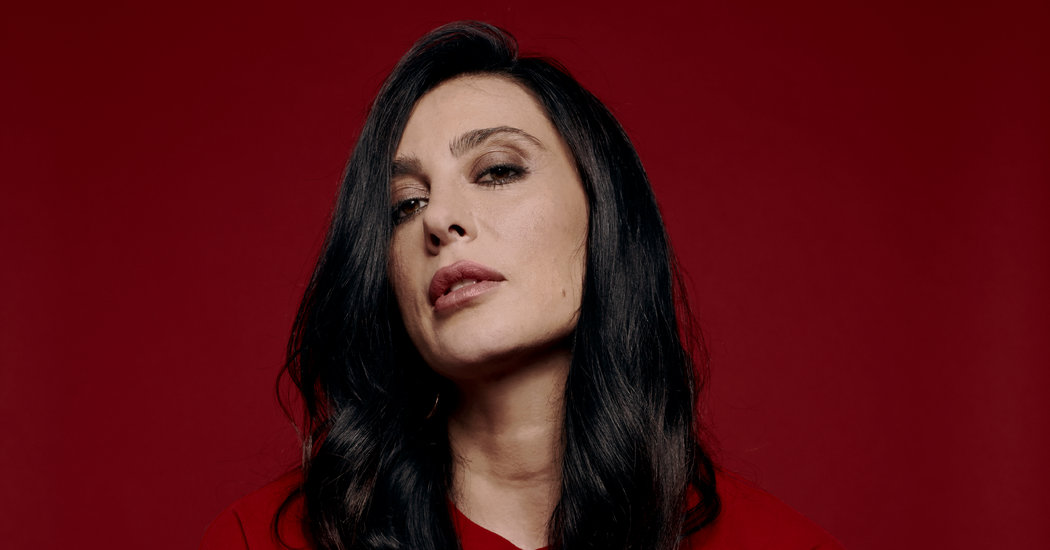 ‘Capernaum’ Is Not Just a Film, but a Rallying Cry

If audiences outside the Middle East have never heard of the Lebanese director Nadine Labaki, her latest feature might change that.

That poignant drama, “Capernaum,” follows a boy who runs away and winds up roaming the slums of Beirut shouldering a distressing responsibility.

At its premiere at Cannes in May, the film received a 15-minute standing ovation and went on to win the Jury Prize, one of many honors on the festival circuit. This month it secured a Golden Globe nomination for best foreign-language film, paving the way for a potential Oscar nomination in the same category. And the critic A.O. Scott of The Times named it one of the 10 best movies of the year, writing that “Labaki refuses to lose sight of the exuberance, grit and humor that people hold onto even in moments of the greatest desperation.”

Much like Labaki’s past movies, “Caramel” and “Where Do We Go Now?,” “Capernaum” features a cast of mostly nonprofessional actors, and tackles societal ills. But it stands out as a cautionary tale. And critics have been in awe of its young stars: Zain al Rafeea, a 12-year-old Syrian refugee, and Boluwatife Treasure Bankole, an impressive baby girl cast as a boy.

During a recent trip to New York, Labaki, 44, talked about her role as a filmmaker and what she hopes you take away from “Capernaum.” These are edited excerpts from the conversation.

The movie addresses so many different themes. Can you wrap it up in 50 words or less?

It’s about a boy that sues his parents for giving him life in such a chaotic world. He’s actually not only suing his parents, he’s suing the whole system because his parents are also victims of that system — one that is failing on so many levels and that completely ends up excluding people.

Why did you choose that title?

Capernaum is a biblical village that was doomed by Jesus. Later on, the word started being used to signify chaos. When we started writing the script, I was all over the place, and my husband said, “You need to organize your thoughts.” So I started talking and he started writing all the themes I was talking about on a board. At one point I looked at the board and I went, “C’est un Capernaum”: It’s hell. It’s chaos. And so we started with a title before starting the script.

How did you get such phenomenal performances out of a 12-year-old, who was illiterate when you started shooting, and an infant?

It was a very organic way of working — there was really no recipe. It was impossible for Zain or for Treasure to memorize a line. And usually an actor is at the service of a certain text, of a certain camera movement. This time it was the other way. We had to be at their service. We had to be observant. There are takes that lasted hours and hours. And really, I never asked them to act. I just wanted them to be who they were, and it was up to me to know how to capture that nature and not alter it.

Zain and his family have since been resettled in Norway. How did that happen?

During the shoot, we got help from the [United Nations High Commissioner for Refugees] because when [the organization] sees there’s a family that’s in a problematic situation in a host country, it applies for resettlement on their behalf. So the U.N.H.C.R. interviewed Zain and his family and after we came back from Cannes, we were told Zain is going to be resettled with his whole family. Now he’s [in Norway] and he’s already learned how to read and write. He’s living in a two-story house overlooking the sea — Zain had never slept on a bed before. They used to all sleep in one room on the floor. So it’s a completely different life and he’s very happy. 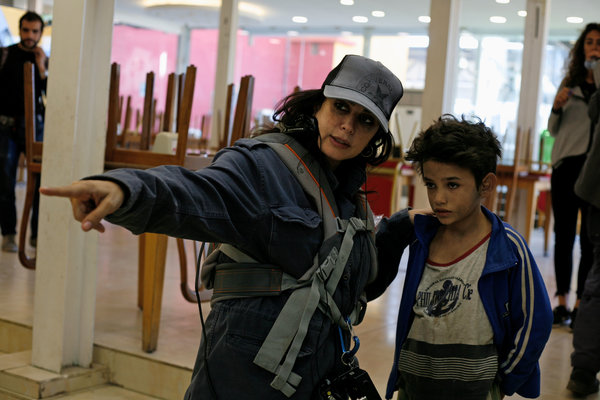 “Capernaum” is fiction, but its portrayal of Lebanon’s rampant poverty and treatment of undocumented populations is very realistic. Is that context important?

It is a universal story for me because we’re not only talking about kids in Lebanon. We’re talking about kids not receiving their most fundamental rights. Kids on the Mexican border, when they’re separated from their mothers. Kids in Brazil that live in favelas. We’re talking about children in general. Of course, when you know the situation in Lebanon, it’s much more palpable. And that’s the problem outside Lebanon. Some critics are very cynical of the film and say this is not really happening because they don’t see it around them.

All I can tell them is: “Get real. Get out of your cafe where you’re writing your critique and go out into the world and see what’s happening around you.” What you see in the film is nothing compared to reality. We should wake up to how many children are suffering in the world. It’s unbearable suffering; I didn’t put rape scenes in the film, I didn’t put real abuse in the film — because I couldn’t.

The tone of the movie is very different from your other two features. What does it say about where you are as a filmmaker?

I don’t know what it says about me as a filmmaker but I’m slowly understanding the power that cinema can have on people. The more you understand that, the more you feel responsible. And for me, politics and art are intertwined. As an artist, it’s my responsibility to be involved in what’s happening around us. It’s a duty. It’s not really a choice.

Does that responsibility extend to representing Lebanon on the world stage when other narratives come up? For example, the film “Beirut” was heavily criticized for its portrayal of the Middle East earlier this year.

Of course it’s my responsibility. Even if I’m showing things that are not that great, I know what I’m talking about. It’s my culture; I’m not changing the image. I’m just showing it the way it is. That’s the problem with films that concern a certain culture but don’t really know that culture, and you really feel that and people get upset and annoyed.

“The Insult” became the first Oscar-nominated film from Lebanon this year. And “Capernaum” has been a hit so far. What do you think that says about the country’s film scene?

It’s definitely getting bigger, and it’s definitely getting more and more interesting. When you’re living in this part of the world, it’s not just about making another film. Every film is like a cry for help in a way. It’s like you’re shouting out a certain position or point of view. It’s really mixed up with your sweat and blood when you’re trying to express yourself and trying to change things. And we can’t really talk about an industry yet, in the real sense of the term, but Lebanon is on the map.

Your last feature, “Where Do We Go Now?,” was released in 2012. Were you working on anything between that and the making of “Capernaum”?

I had a baby. [Laughs]. I was a candidate in the municipal elections in Lebanon. And I worked on a short film for “Rio, I Love You.” But apart from that, [“Capernaum”] was my only obsession for the past four or five years.

Are there any new obsessions in your life?

I want this film to go beyond the borders of just being a film. This is what I want to work on for the next year — not only promoting the film but also trying to work with the government, at least in Lebanon, to work on the structure that deals with [neglected] children. I want to try to change things. I might never get anywhere, but at least I want to try.

Disabled woman, 49, died after having all her teeth removed at dentist