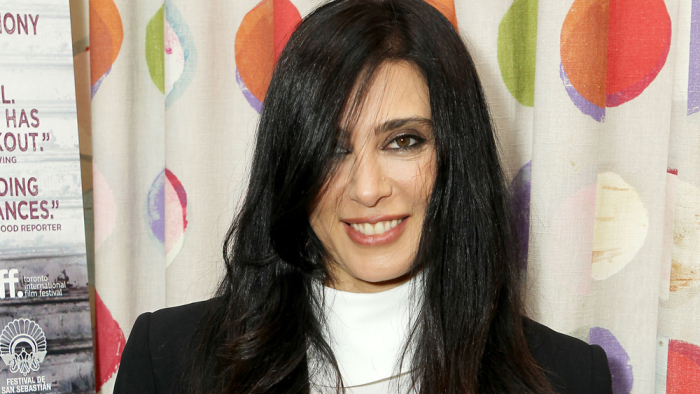 Marking the first-ever nod for the Lebanese filmmaker and only the second for her home country, “Capernaum” director Nadine Labaki didn’t have much time to celebrate when she learned of her film’s Golden Globe nomination for foreign-language picture on Thursday.

“I haven’t been able to talk with a lot people because we had interviews all day,” she said from the Marrakech Film Festival, where she is on-hand to present her Cannes award-winning film.

“It’s almost too good to be true,” she told Variety. “At the end of the day it’s a small film that we made ourselves. It’s really homemade, so it’s a big achievement for everyone who worked on the film, and for every actor who was in it.”

“Each one of the actors in the film is not a professional actor; they’re almost playing themselves and giving voice to the voiceless, in a way,” she continued. “They’re representing these invisible communities. The film is trying to convey their voice, to be a vehicle for their voice, so that it resonates louder and louder. Nominations allow this to happen; they allow the problem to be more out there and helps shed the light on this issue, specifically on children’s rights. I hope that issue will have an even larger exposure now.”

Though gratified with her film’s success, Labaki was shocked and troubled to learn that hers was one of only two female-directed films to be nominated in any non-acting category.

“It’s a little bit strange,” she said. “It makes me proud, in a way, but at the same time that’s a big surprise. I mean, how come? There were a lot of amazing films done by women this year.”

From its Cannes berth — where it competed for the Palme d’Or alongside only two other films from female directors, and won the jury prize – onward, “Capernaum” has been released in a year where concerns about the film industry’s gender imbalance have reached a fever pitch.

“It’s very frustrating to see that women are not well-represented,” said Labaki. “But I’m very positive at the same time. Movements like Time’s Up and #MeToo are putting the problems out there and creating conversations about the issues, and that’s really how the healing process starts. Because women are speaking up now, I think we won’t be talking about these issues in a few years. It’s no longer a taboo subject, we’re no longer settling for just being frustrated.”

The filmmaker forcefully responded to her film’s critics, specifically those who contend that the neo-realist tearjerker overemphasizes the hardships facing its young characters.

“Critics’ points of view can be one thing today and be very different in a few years,” she said. “Today, the trend is detachment. Cool reserve is almost the fashion of the day. What does reserve really mean? It means to restrain our emotions, to deprive ourselves of our bodies’ natural responses. For me it’s important to stir the audiences’ emotions, because I want the viewers to want to help these kids. Afterwards, people are perfectly right to criticize the film for what it is and tries to do.”

A popular actress as well, Labaki will soon topline the film “1982.” Set during the 1982 Siege of Beirut, the film will mark the feature directing debut of Lebanese producer Oualid Mouaness, who developed the project at the Sundance Institute.

Though she remains a box-office draw in her native country, the Golden Globe nominee knows where her true passions lie. “I think of myself more as a director than as an actress,” concluded Labaki. “But I do like to perform and express myself in different ways, and I’ll keep on doing so, provided I can find interesting roles.”