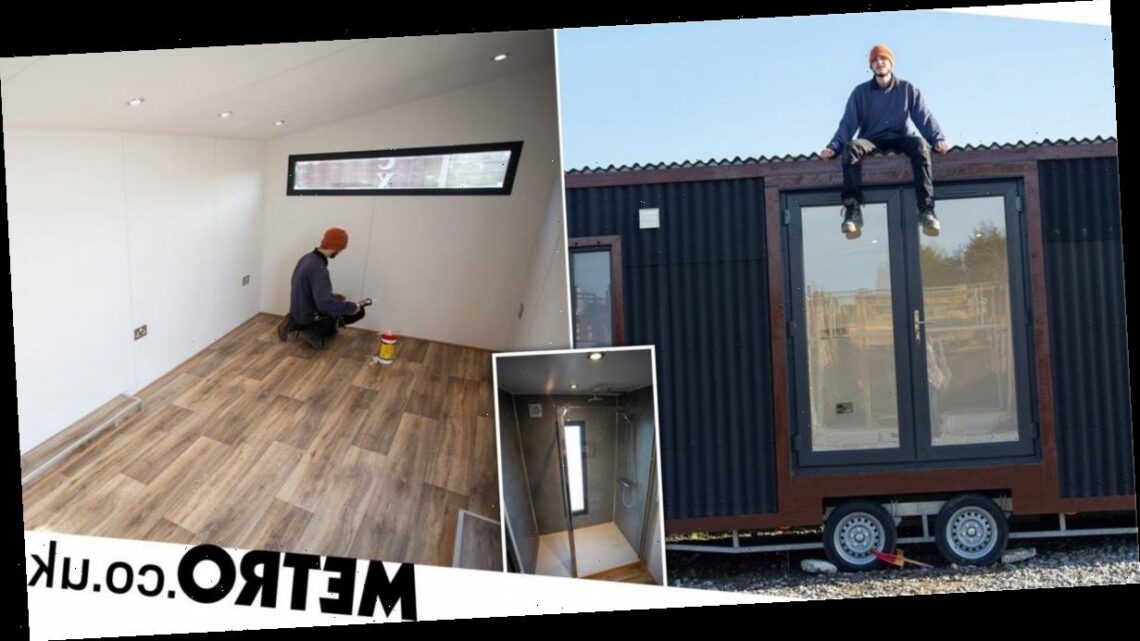 A man who built Britain’s smallest home is raffling it for just £3 a ticket – and it comes on wheels so it can be moved anywhere.

George Rose was forced to find somewhere else to live during lockdowny, so decided to undertake this £20,000 project, and build himself a tiny home.

He used his skills as a qualified builder to refurbish a trailer he had bought, which measures just 6.6m by 2.55m.

George, 29, has now found somewhere else to live, so he has decided to sell the tiny home – which is so small is does not need planning permission.

It has been left as a blank canvass so the new owner can convert it as they please, but it does have a bathroom, solar panels and French windows.

The generous builder, who’s from from Bristol, has even pledged to deliver the movable residence to the winner – providing they live within 200 miles of the city.

‘It kept me sane during lockdown – although there were moments I questioned what I was doing,’ says George.

‘I had no help whatsoever. If I did it again I would get some helping hands.. But it’s been a success story.

‘It doesn’t need planning permission. That was quite important – I wanted to be able to stick it anywhere and not have to ask the council.

‘People can just put it at the end of their garden, or use it as an office. I’ve left it as a blank template.

‘There’s a solar inverter, gas boiler and compostable toilet, with a full size soft-close lid to retain the feel of a conventional loo.

‘The bathroom is really luxurious. There’s a ceramic sink and walk-in shower.’

George, who said the home was inspired by a US television show, has now hit his target of 5,000 tickets, but you can still enter the raffle online.

This means his building costs are covered and there will be a guaranteed winner, with a portion of any money he raises going to the homelessness charity Centrepoint.

George added: ‘I have just hit the £15,000 target. That guarantees it will be won by someone now. The idea is that it’s for people who otherwise couldn’t get a home.

‘Homelessness is something I’ve definitely seeing growing in Bristol, more and more – it’s a problem,

‘It’s fitting that some of the proceeds go to those who can’t afford a ticket while making the prize open to as many people as possible – regardless of how much they earn.’

The winner will be selected randomly, using a digital prize draw system which will be verified by an independent third party.

The raffle closes on November 30 at 12pm.

Do you have a story to share? We want to hear from you.

Get in touch: [email protected]

MORE : Black mothers five times more likely to die in childbirth: ‘We are ignored when we scream’

Holly Willoughby vs Phillip Schofield: How This Morning presenters made their fortune
World News