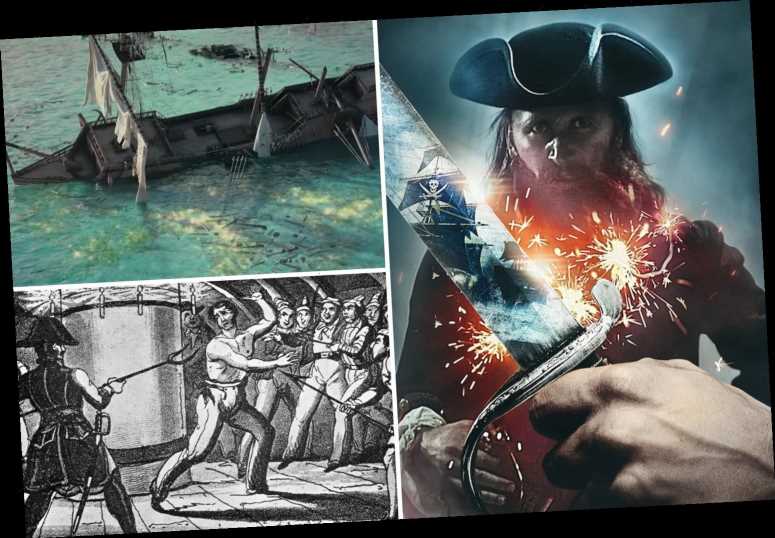 WIELDING a long sabre, a wild-eyed Charles Vane cuts a deep gash in his own nose before threatening to sever the manhood of the Spanish hostage tied up in front of him.

The shocking scene, from the new Netflix series The Lost Pirate Kingdom, shows the brutality of life on the high seas in the golden age of piracy.

The eight part documentary series with dramatic reenactments, reveals how the 18th century privateers – seamen paid by the state to raid enemy ships in the war between England and Spain – became lawless pirates in peacetime.

They even set up their own kingdom in Nassau, in the Bahamas, to escape the law.

Jessica Cale, author of Dirty, Sexy History, tells the show: “This is a culture of horrendous violence. Men could be beaten, sometimes to death, for minor indiscretions.”

The real pirates of the Caribbean were far more bloodthirsty than Jack Sparrow in the movies.

From crew members routinely lashed with whips, beaten and kicked to hostages being disembowelled alive, we look at the grisly life and crimes of real pirates. 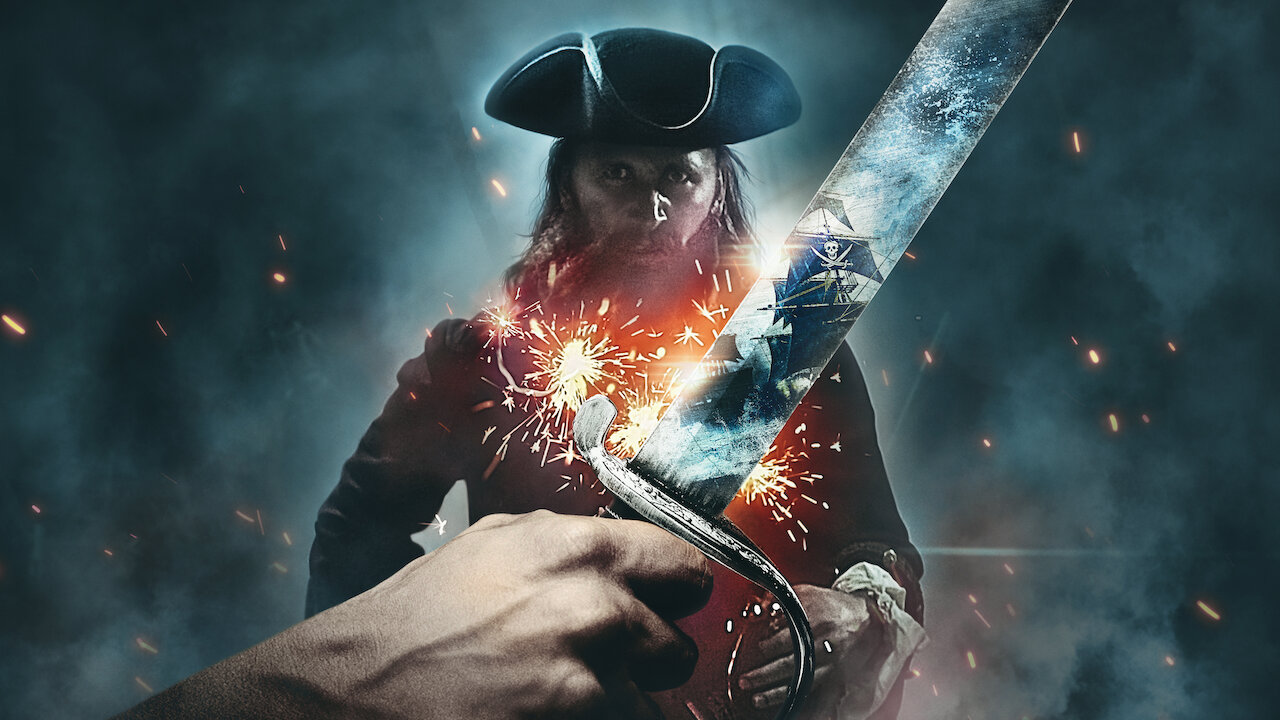 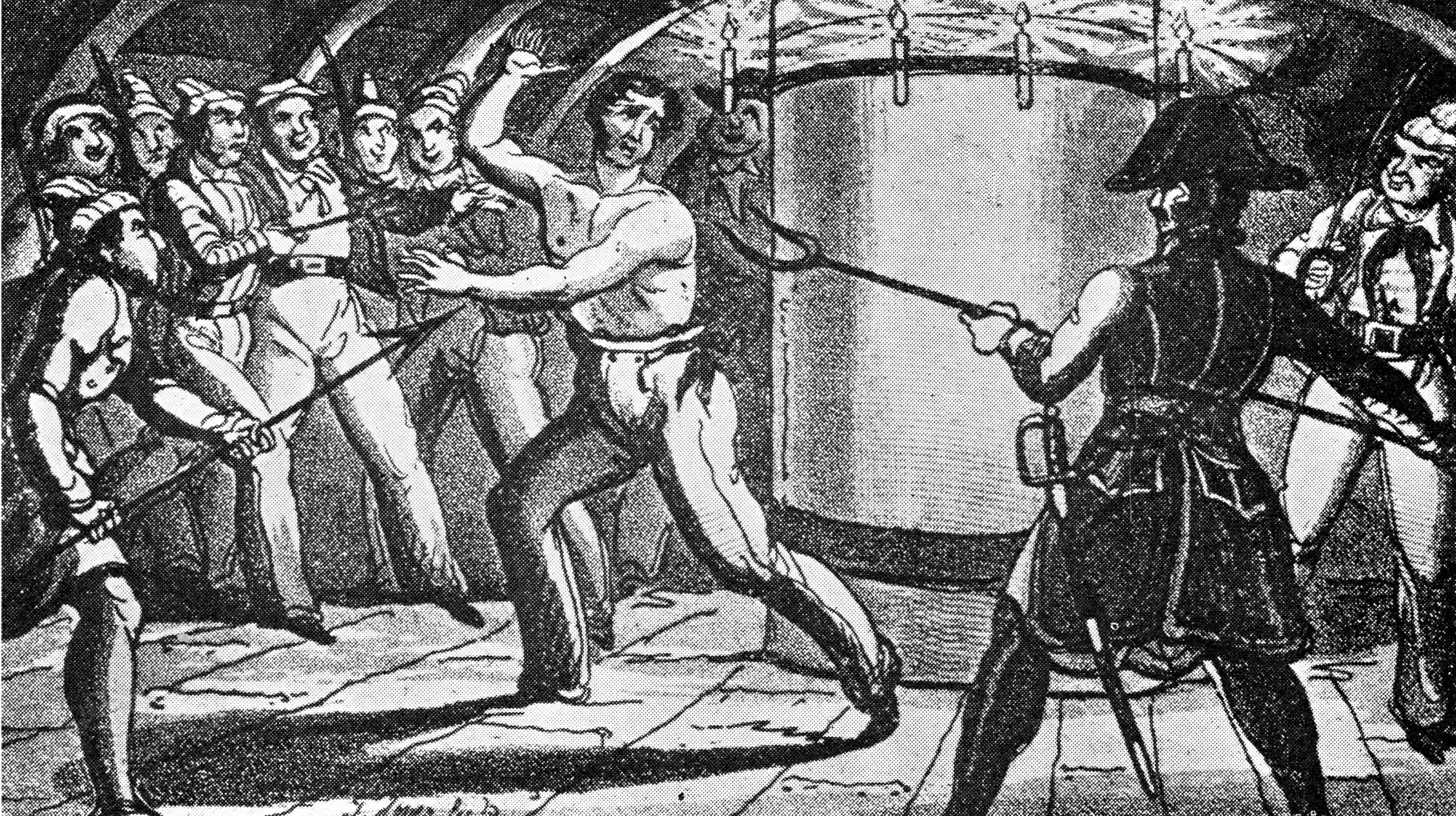 Sadist who revelled in gruesome murders

Thought to have grown up in the East End of London, Charles Vane was known for his sadistic streak towards crew and enemy alike.

In one notorious incident, in 1718, Vane and his crew looted the Bermuda sloop Diamond and viciously beat the captain and crew.

Vane then singled out one crew member, Nathaniel Catling, to be hung. 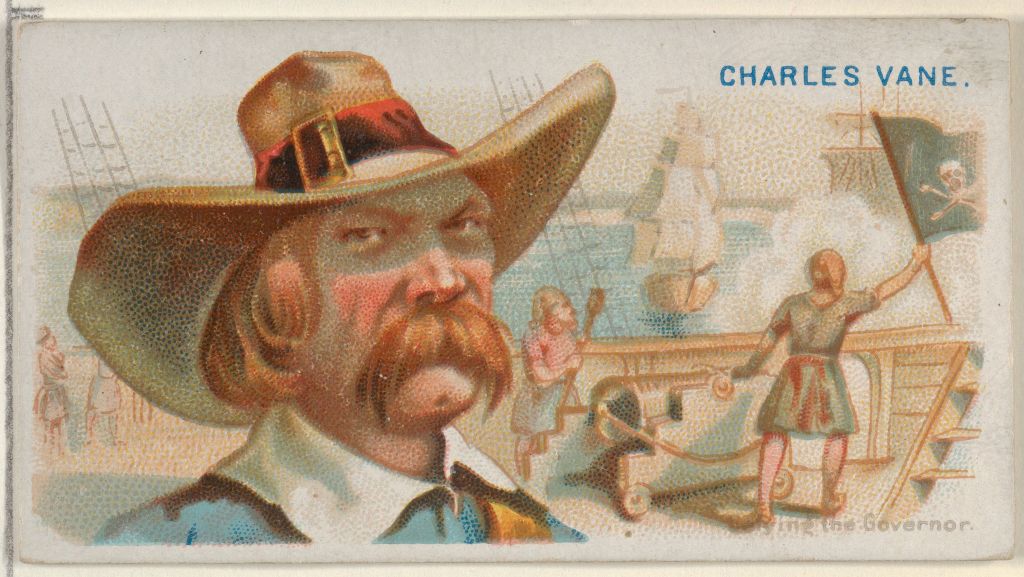 Thinking he was dead, they pulled him from the noose but he revived "whereupon one of the pirates hacked him across the collarbone with his cutlass and would have continued until he had murdered him had not one of the other pirates persuaded him it 'was too great a cruelty.'"

His brutality towards his crew, who he also cheated of the spoils of their raids, meant frequent mutinies and eventually led to his downfall.

After being shipwrecked on an inhabited island in the Bay of Honduras, Vane was rescued by a ship – only for a former member of his own crew to recognise him and hand him over the authorities.

Vane was hanged and gibbeted – dipped in tar and hung in a steel cage as a warning to others. 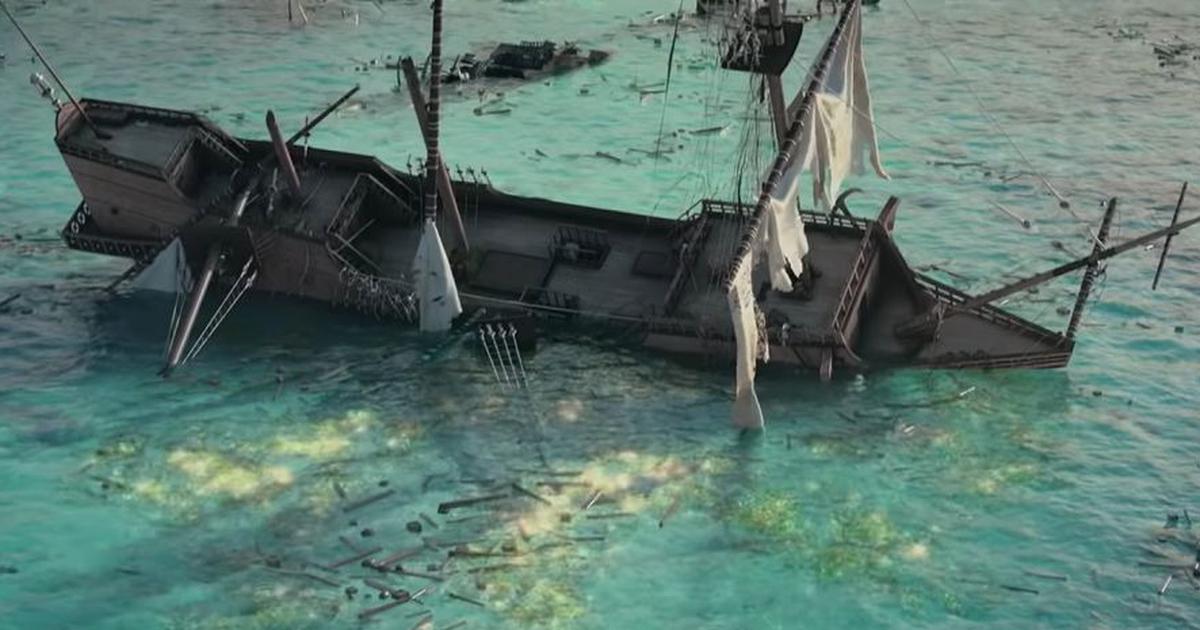 A close friend and colleague of Vane, Edward Thatch – better known as Blackbeard – revelled in his reputation for brutality.

A former privateer, who learned his trade aboard the pirate ships of Nassau founder Benjamin Hornigold, Thatch branched out on his own by commandeering a huge French vessel and equipping her with 40 guns. He named her 'Queen Anne's Revenge'.

Blackbeard instilled fear in crews and captives alike and, while many think his violent reputation was exaggerated, he lived up to the legend with random acts of violence.

According to contemporary writer Daniel Defoe, he once shot his second-in-command, Israel Hands in the knee under the table during a game of cards, leaving with a limp for life. 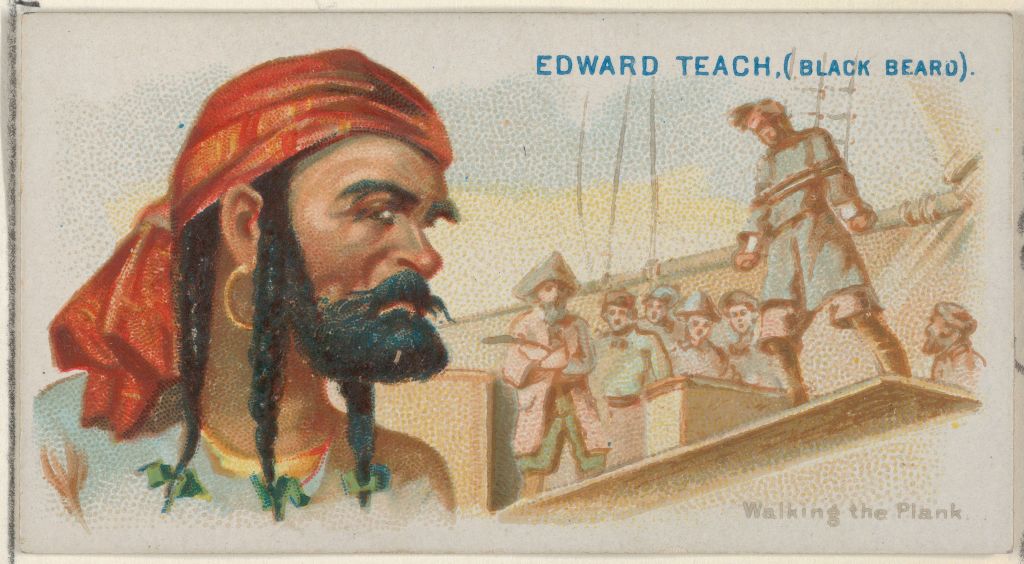 When asked why, he answered that, “if he did not now and then kill one of them, they would forget who he was."

After obtaining a pardon from the governor of North Carolina, Blackbeard married 16-year-old Mary Ormond, the daughter of a local landowner, in 1718.

Defoe wrote: “After he had lain all night, it was his custom to invite five or six of his brutal companions to come ashore, and he would force her to prostitute herself to them all, one after another, before his face."

Blackbeard was decapitated by naval officer Robert Maynard during the capture of his ship, in 1718. 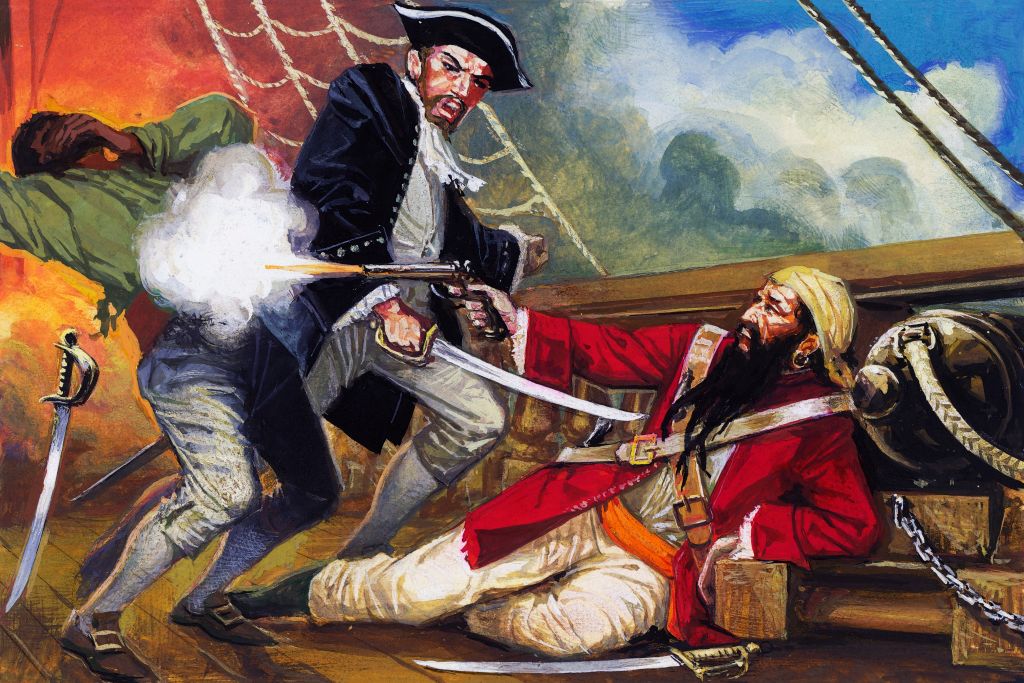 Captain's lips cut off and boiled

Brought up in a family of criminals, London-born Edward Low moved to Boston and married Eliza Marble, in 1714.

When Eliza died in childbirth, Low turned to piracy and became known for his brutality, capturing over 100 ships gleefully torturing their crew.

Victims were cut, whipped, burned and starved to death in an effort to glean information about sunken treasures and ship schedules.

One of his favourite torture techniques involved tying a victim's hands with rope between their fingers and setting it alight, burning their flesh down to the bones.

A letter describing one raid on a Portuguese ship claimed Low: "Cut off the said Master's lips and broiled them before his face, and afterwards murdered the whole crew, being thirty-two persons."

Low was thought to have been caught and hanged by the French. 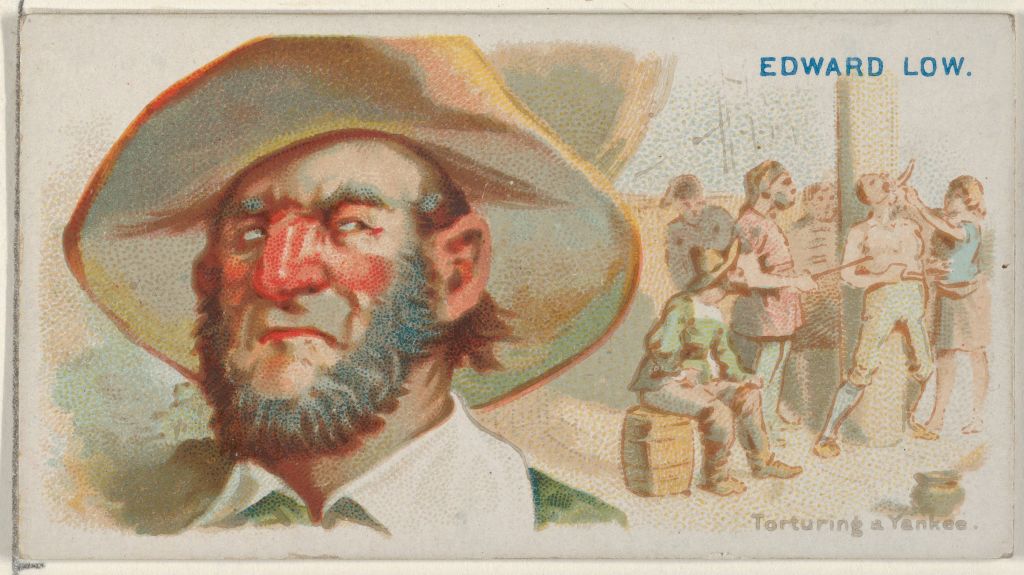 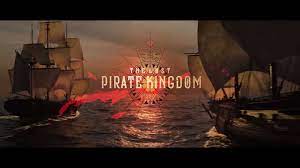 Known as ‘the exterminator’ for his love of slaughtering the enemy, French buccaneer Daniel Montbars came from a wealthy family but his hatred of the Spanish led him to a life on the high seas.

After one raid on a Spanish galleon, one witness said he slaughtered numerous crew members, adding: “His only pleasure seemed to be to contemplate, not the treasures of the vessel, but the number of dead and dying Spaniards."

One particularly gruesome method of murder was cutting open the stomach of his victim, extracting one end of his intestines and nailing it to a post.

He would then force the man to dance to his death by beating his behind with a burning log. 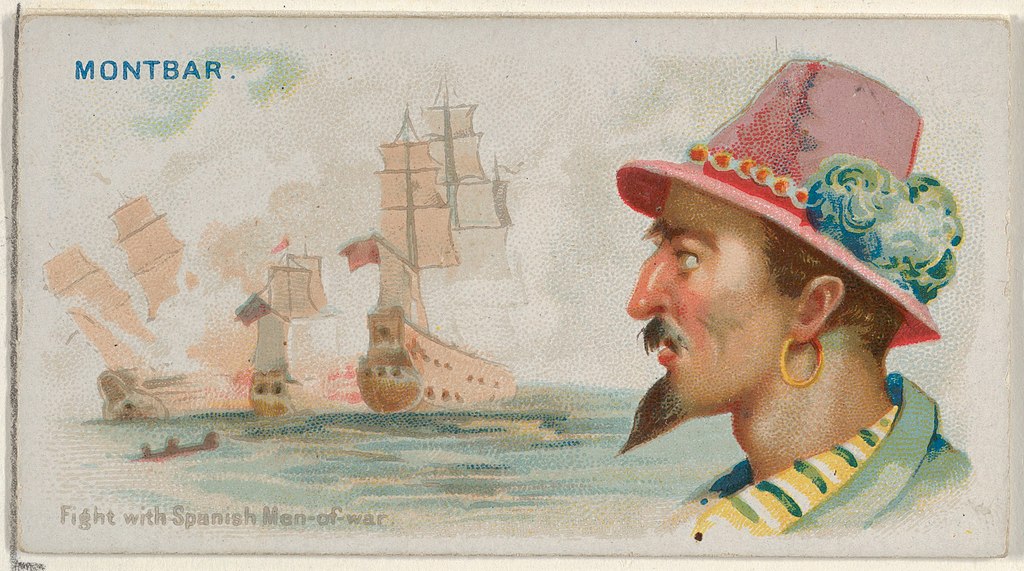 Irish pirate Anne Bonny, the daughter of a lawyer and one of his servants, was dressed as a boy when she was growing up on a Carolina plantation.

Anne’s mother died when she was 12 and she began to spiral out of control – reportedly stabbing a servant when she was just 13 and setting fire to her father’s plantation.

She married sailor, James Bonny, and moved to Nassau, quickly abandoning her husband and turning to piracy when she met infamous buccaneer Calico Jack.

The pair had a child together before taking to the seas – where Anne earned a reputation of being fierce and brave.

Anne was captured after fighting Navy soldiers on deck, while her husband and crew were drunk below, and escaped hanging because she was pregnant.

Her last words to her husband, before he was executed were: "Had you fought like a man, you need not have been hang'd like a dog." 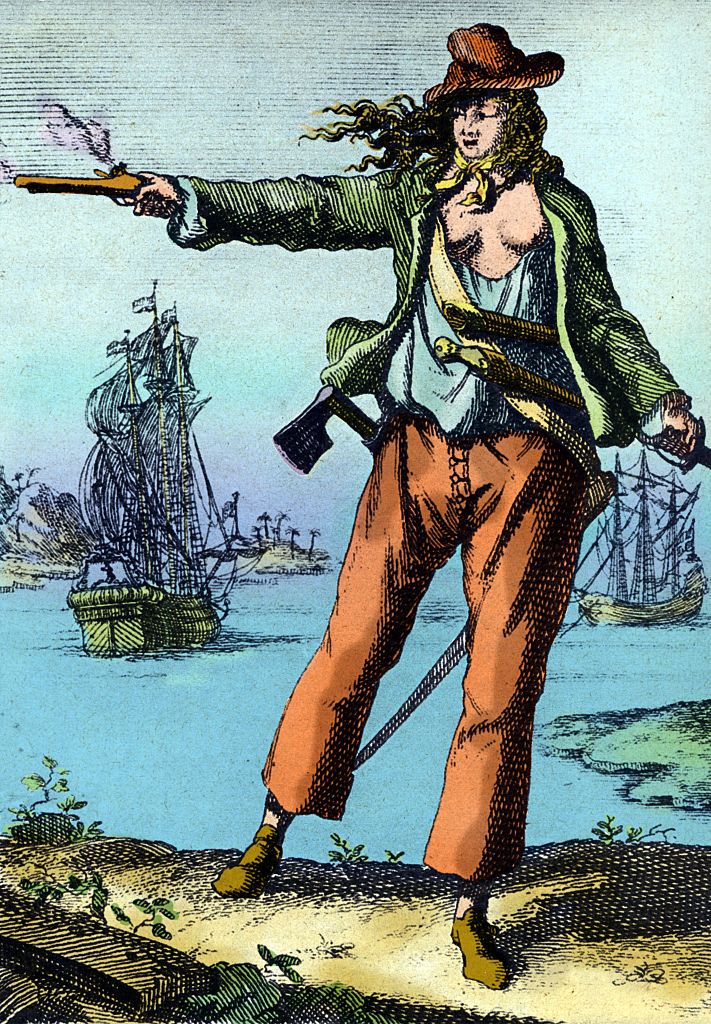 Sir Henry Morgan is a celebrated figure in privacy legend and was lauded as a hero for his attacks against Spanish ships and territories during the 17th century war with England.

But some contemporary accounts accused him of torturing the citizens of Portobello, Spain, which he captured 1668. 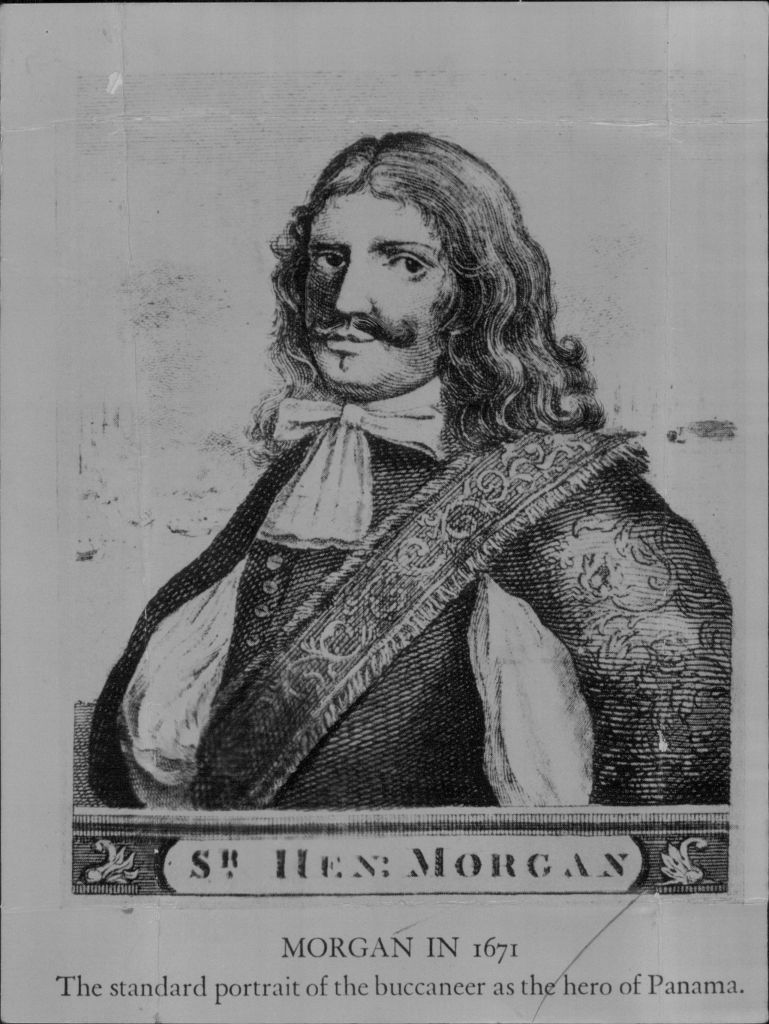 One report claimed a woman was stripped naked and “set bare upon a baking stove and roasted” because she refused to reveal where her money was hidden.

In another battle, in the Spanish port of San Geronimo. He used "several women and old men, and some friars and nuns dragged from the church" as human shields for his advancing men.

The Lost Pirate Kingdom is available on Netflix now.

Bill Burr in hot water with feminists over Grammys joke, as he predicted