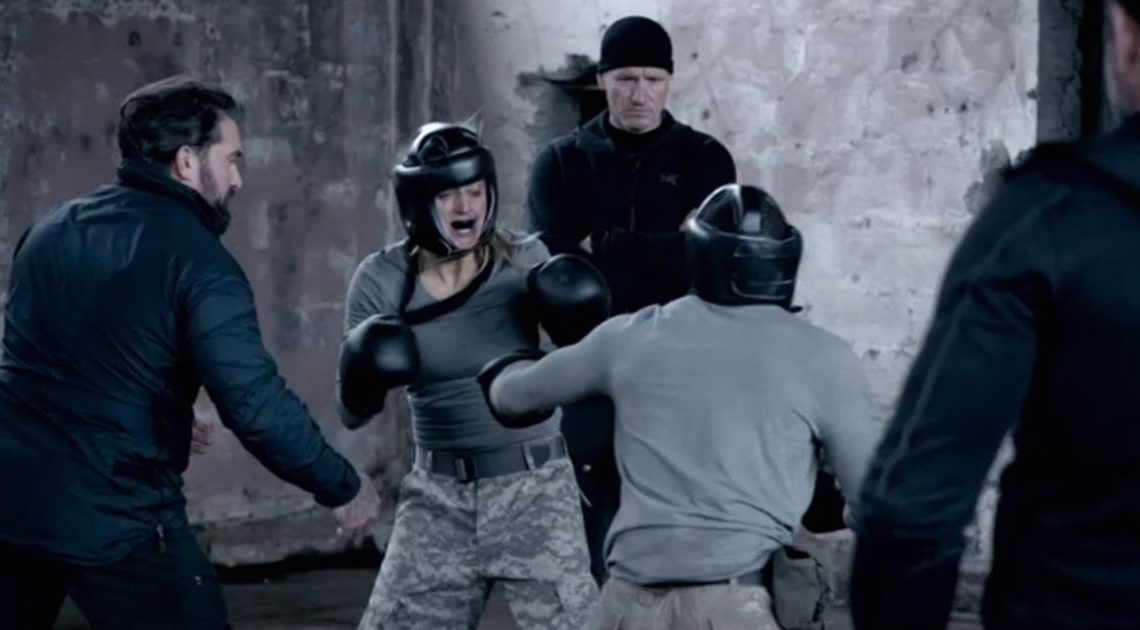 SAS: Who Dares Wins viewers were shocked by brutal scenes this evening that saw a male recruit punching a female recruit for the very first time on the programme.

The midwife is one of the first women to appear on the Channel 4 show, in which contestants are given training in the style of the SAS.

Tonight’s installment featured a boxing challenge, and Louise chose to fight a man rather than another woman.

Former soldier Ant Middleton told the contestants: "The best form of defence is attack. Is that understood?"

She was seen taking a number of punches to the face before Nathaniel delivered several hard blows to her head.

Louise then dropped to the ground and is seen looking bruised and teary-eyed as Middleton tells the contestants: "The enemy doesn’t care what gender, race or religion you are."

Nathaniel looked devastated as he told her: "I was trying to not go too aggressive.

"It was the hardest thing to do."

But viewers were still left stunned by the tough scenes.

One tweeted: "#SASWhoDaresWin that was difficult to watch! A man beating a woman! Do they really do that?"

While another commented: "This is brutal #SASWhoDaresWin."

A third remarked: "F***. This is brutal. #SASWhoDaresWin."

"Ref needs to step in here… #SASWhoDaresWin," another commented.

But others ‘took their hats off’ to the recruits.

A fan remarked: " Brutal this SAS like hats of to every single one of them. #SASWhoDaresWin."

"Louise is a Don #SASWhoDaresWin," another remarked.

SAS: Who Dares Wins continues next Sunday at 9pm on Channel 4

While You Were Sleeping: 5 stories you might have missed, Jan 14