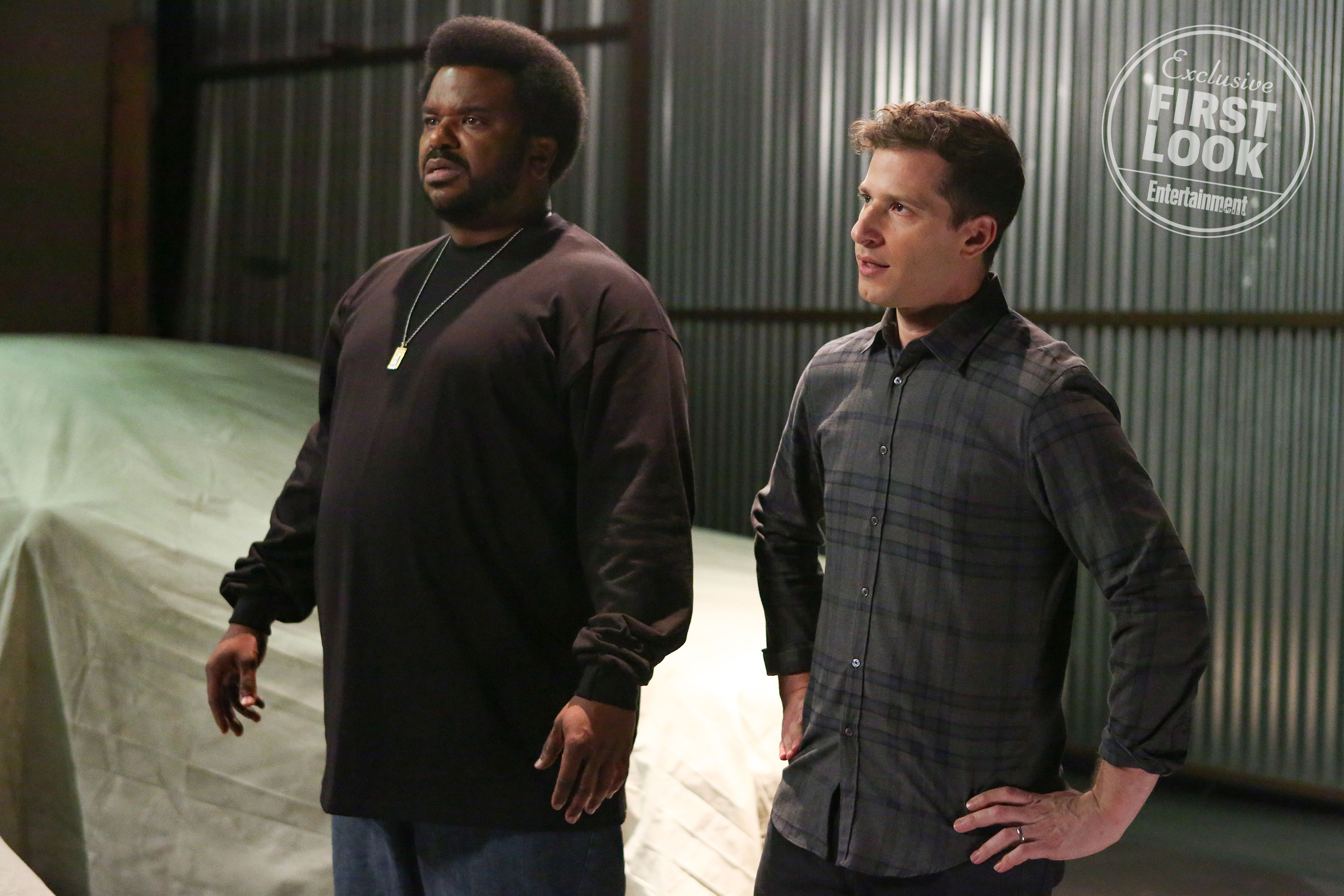 It would be downright criminal if the new season of Brooklyn Nine-Nine didn’t feature the Pontiac Bandit, so guess what? It will.

“The Pontiac Bandit is back for more high jinks and songs about smushing,” executive producer Dan Goor tells EW. He says that Doug and Jake will see their friendship “tested to the limit,” and that there is a “most shocking twist” to the proceedings.

What brings him back into the picture? Answers Goor: “The question is: is the Pontiac Bandit back to his car-stealing ways, or is there a copy cat out there who’s stealing his moves?”

Jake’s arch nemesis has appeared in all five seasons of the show. In his first episode, Doug Judy pretended to be an informant who could lead the detective to the Pontiac Bandit (so he was only half-lying); he has also since helped Jake bust up a drug ring, enlisted Jake and Amy (Melissa Fumero) to protect him from a hit man and then escape by boat, been enlisted by Jake to help him catch Judy’s adopted brother, and faked a hostage situation.

Brooklyn Nine-Nine kicks off season 6 on Jan. 10 at 9 p.m. ET on NBC. Fox canceled the comedy in May and the Peacock picked it up almost immediately. The initial 13-episode order was recently increased to 18 episodes.

Bruno Tonioli makes big Strictly Come Dancing error on The One Show, and viewers call him out

'The House That Jack Built' Spoiler Review: A Deep Dive Into 2018's Most Polarizing and Controversial Film
World News