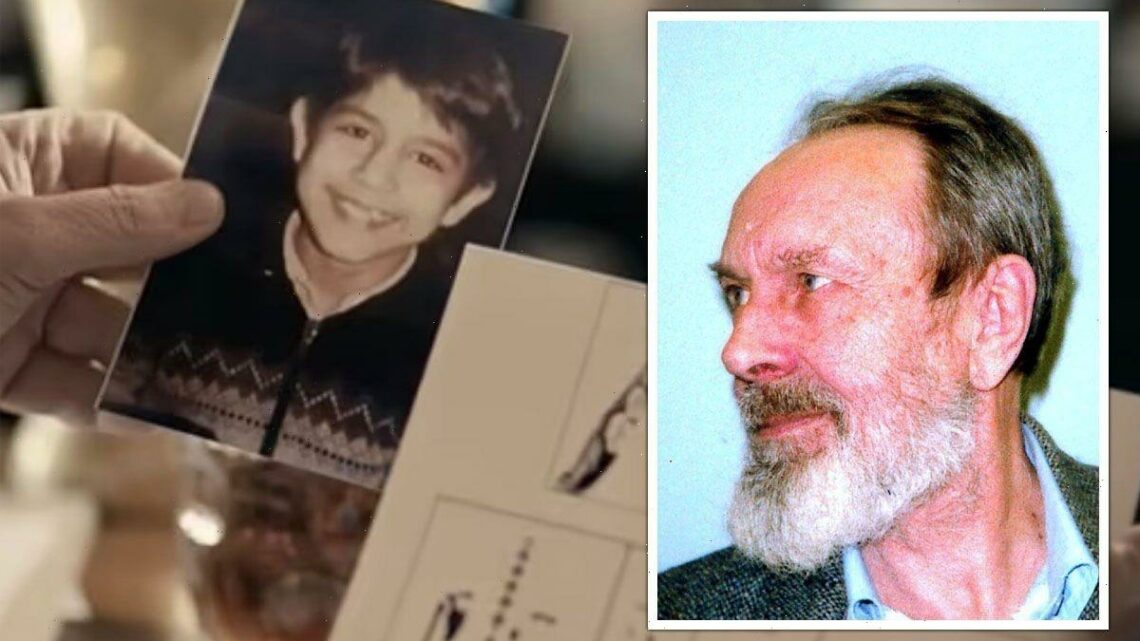 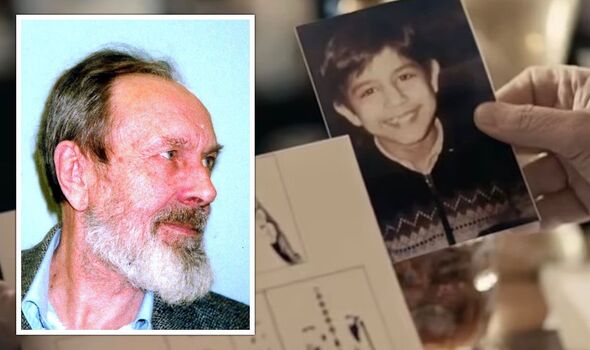 Cooke, now 95 and serving two life sentences, was made a “prime suspect” by a team of investigators in the Channel 4 show, In The Footsteps of Killers. Cooke, and his paedophile ring, are suspected of murdering up to 20 young boys in the Seventies and Eighties. He was convicted of three killings.

The victim, Vishal Mehrotra, aged eight, had been in central London watching the Royal Wedding parade of Charles and Diana with his family.

The family left central London and returned home to Putney, but on their way back Vishal vanished from a suburban street near his home.

It wasn’t until seven months later that his partial remains were discovered on an isolated farm — at Alder Copse —  in West Sussex.

In the show, Hill reveals that Cooke’s movements cannot be accounted for on the day Vishal goes missing and that he had access to a van.

Hill also makes an explosive revelation that Cooke was living with a man called Dennis Moran, now dead, in the early 1980s and that there is a diary entry from 1982, the year after Vishal goes missing, which indicates that Moran and Sidney Cooke attended Goodwood races.. but very likely they were going there because there was a fairground nearby in which they could procure children for sex.

The team conclude this is a “highly significant finding” because Goodwood races take place at the same time every single year, only 13 miles away from where Vishal’s body is found.

Hill told the Sunday Express that he had interviewed Cooke several times and thinks Sussex Police should investigate further.

“He’s in prison for the rest of your life, and is very manipulative.

“The best way to sum him up is that the worst day of his life was when Harold Shipman came on the wing because he went from being number one to being number two, and the best day was when Shipman killed himself and Cooke went back to number one.”

“I think it’s unlikely that Cooke will confess to it. He’s been around far too long. The way he works is that he rarely admits to anything.

“But it’s not beyond the realms of possibility that Sidney Cooke is responsible for that crime.”

“Sidney Cooke delights in being the biggest, baddest, meanest person on the planet. I don’t think it will bother him one jot that a programme has been made about him.

“He’s not a very pleasant man — that’s the bottom line.”

He adds: “I do think the show raises some questions and Sussex police should potentially take another look and see what they can find. Will they do that? I don’t think there’s much of an appetite for opening up an investigation based on a TV programme.”

Hill now teaches detectives how to interview sex offenders. The secret, he says, is not to “judge” them — although Cooke is an exception.

“You have to park your preconceptions of all the offenders and what you think about them up because they’re all different. They all commit crimes for different reasons. They’re people that have done bad things, they’re not necessarily inherently bad people.

“Having said that, someone like Sidney Cooke would probably fall into the category of someone who is a very bad person. Can’t excuse his kind of crimes in any way, shape, or form.”

Criminologist David Wilson told the show: “I hope we’ve done enough to demonstrate to Sussex Police that they should regard Sidney Cooke as a prime suspect in the case.”

The Mike Tyson Story: The Rise, Fall, And Resurrection Of The Legendary Boxer
World News