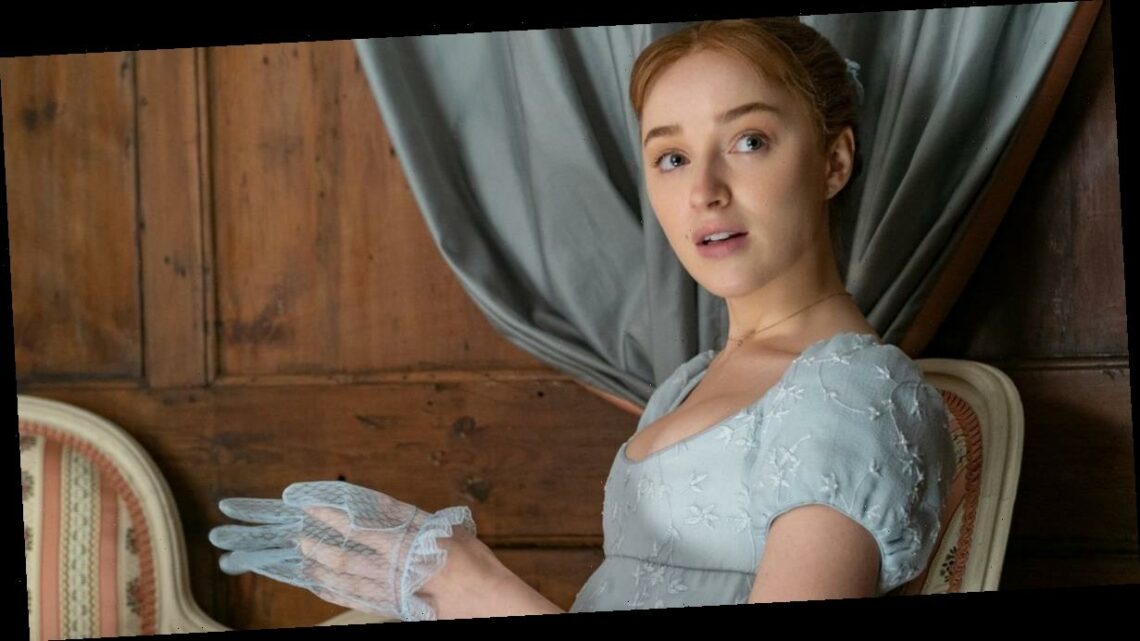 Phoebe Dynevor has shot to fame following her latest project on Netflix, the saucy period drama Bridgerton, but the actress has now revealed she suffered from a “full-blown panic attack” during filming for one particular scene

Dynevor, who has a famous mother in Sally Dynevor who plays Sally Metcalfe on Coronation Street, had to come to terms with all manner of racy sex scenes in the sumptuous historical romance Bridgerton.

But strangely, the star actually struggled most with a scene that involved being the centre of attention in the middle of a room.

Sharing the behind-the-scenes secrets on the critically-acclaimed Shondaland show, Dynevor revealed: “There is a scene in one episode where Daphne walks down the stairs and everyone is staring at her.

“That was one of the hardest scenes to shoot. Everyone has days where they wake up and feel like poo and don’t want to see people, let alone be on camera.

"It just so happened I was having one of those days then, and felt so out of my comfort zone. Basically, I had a full-blown panic attack,” the star said.

Despite the scary hiccup, Dynevor admitted she found filming the many sex scenes with her co-star Rege-Jean Page, who plays Duke Simon Basset, really “fun”.

Speaking to Grazia magazine, the actress went on: “I love her coming-of-age story and her sexual awakening. I love seeing the female gaze and watching her figure it out for herself.

"She’s a late bloomer, but it’s not like she can Google it!"

Part of the TV show’s success in portraying a romance story came from the inclusion of an intimacy coordinator to ensure the sex scenes were as realistic and watchable as possible.

"My first-ever scene was in episode six, where Simon is going down on Daphne,” Dynevor noted. "And it was so great, because it felt safe and fun: you choreograph it like a stunt, or a dance.

“It’s crazy to me that that hasn’t been there in the past. I’ve done sex scenes before that I can’t believe I did.

“It was only five or six years ago, but it would not be allowed now."

Bridgerton follows the lives of the elite as they navigate the tumultuous romances and matches during one social season in 1813 London.

While the Duke and Duchess’s initial match is born out of mutual understanding the pair quickly realise their desire for each other is no ruse and drama ensues.

Bridgerton is available to stream on Netflix now

Rodgers passes Mahomes as favorite to be MVP