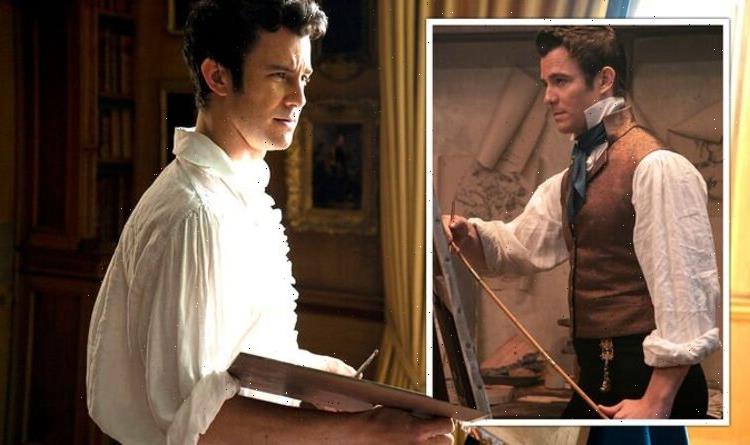 Bridgerton season three is in the making for Netflix and the series will continue to follow the Julia Quinn novels. Each TV series focuses on a different Bridgerton sibling in their pursuit of love. Benedict (played by Luke Thompson) is still waiting to find the partner of his dreams, but who will it be?

WARNING: This story contains spoilers from the Bridgerton books

Who does Benedict Bridgerton marry?

Benedict Bridgerton has piqued the interest of viewers since the very first season as he has explored his sexuality.

The Bridgerton sibling, who is close to older brother Anthony (Jonathan Bailey), has opened up about his relationship aspirations in the past.

The artistic family member was involved in a raunchy sex scene in the latest season.

He caught the eye of model Tessa (Emily Barber) and their sexual chemistry was clear.

Showrunner Chris Van Dusen has seen a lot of discussion about Benedict’s sexuality.

Speaking to TV Line he said: “Benedict is very much someone who is trying to figure out where he fits in with this huge family as a second son.

“He’s been afforded some privileges because of that, and he doesn’t have to carry on the family mantle.

“Being the second son allows him more freedom to do the things that he loves as a creative pursuit.”

In Julia Quinn’s third novel, An Offer from a Gentleman, Benedict marries Sophie.

Two years pass before the couple meet again and marry after a Cinderella-esque romance.

She was the illegitimate daughter of Earl Richard Gunningworth, who sadly died.

Following his death, Sophie was forced to serve his wife and two daughters.

Benedict is her knight in shining armour in the books, but actor Thompson says his character could still explore his sexuality.

Speaking to Entertainment Weekly he said ahead of the second season: “Benedict has such a lovely openness and fluidity about him generally, and that’s really, really fun to play because it could go anywhere.

“Obviously, there’s a way to go, so we’ll see what happens with Benedict, but we’re only on season two, so there’s lots of space for him to explore all sorts of things.”

This led fans to question whether Benedict was gay, with Twitter user Kate saying: “Falling down the Benedict having a gay love story in season three rabbit hole…like that would actually be so excellent.”

Van Dusen said viewers would have to wait and see whether Benedict’s sexuality becomes fluid in season three.

In Quinn’s books, Benedict gets Sophie a job at the Bridgerton household.

He does not recognise her from the masquerade ball from two years earlier.

Yet she does not tell him they have met before, and he starts to develop feelings for her.

This may well be the path the TV adaptation takes, but fans will have to be patient.

Bridgerton season 2 is on Netflix now. The series has already been commissioned for a third and fourth season.