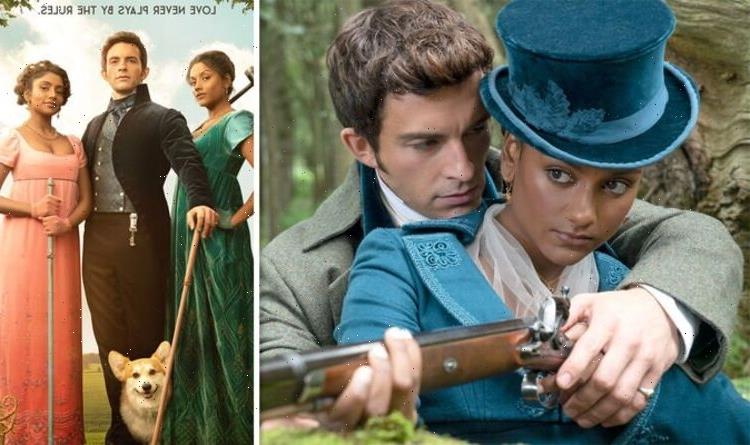 Bridgerton Pall Mall explained: Is Pall Mall a real game? Why is game so important?

Netflix dropped Bridgerton season two on March 25 with all six episodes available to binge at once. The new season focused on Anthony Bridgerton (played by Jonathan Bailey) and his pursuit of a suitable wife to become the Viscountess Bridgerton. Series two also features a scene where the Bridgerton clan plus Kate Sharma (Simone Ashley) and her sister Edwina (Charithra Chandran) partook in a Pall Mall game – Express.co.uk takes a look at the game and the importance of the scene.

Is Pall Mall a real game?

Bridgerton season two saw a raucous Pall Mall game playing out as each of the siblings battled for victory and played a corrupted version of the game whereby they tried to thwart each other’s chances of winning by hitting an opponent’s ball far away from the pitch.

The game saw the Bridgerton siblings trying to out-do each other with Kate getting fully involved in the game and trying to make sure her nemesis Anthony loses.

Her sister Edwina, on the other hand, appeared to be trying to play the game without resorting to sabotage but ends up showing her lack of skill on the Pall Mall pitch.

Daphne Bridgerton (Phoebe Dynevor) explained to the Sharma sisters the rules her family plays the game by and warns them to watch out for some underhand manoeuvers.

Pall Mall was indeed a real game and was also known as paille-maille in French but it’s now been rendered obsolete.

The game was essentially a precursor to croquet and came from France with a mallet used to hit balls through a series of hoops.

The person able to hit the ball through the hoop in the fewest strikes was named the winner.

Pall Mall came to England in the 17th century with the game being played in alleys, according to Britannica.

One alley in St James’s London was used to play Pall Mall and eventually became named after the game.

Bridgerton author Julia Quinn has addressed the game on her site and explained: “Speaking of Pall Mall, this was indeed the name for croquet at the time, or at least the closest thing I could find to it.

“I don’t believe that the rules were the same as they are today, but then again, I’ve never played croquet by the official rules.”

Readers of Quinn’s novels have often spoken about the Pall Mall scene and indeed the moment has its place within the second season of the show.

Even the tagline for series two made reference to the game: “Love never plays by the rules.”

For those wondering about the significance of the scene and the game in Bridgerton, this moment has a pivotal role in the dynamic between Anthony and Kate.

Instead of continuing to verbally spar, the pair actually had a moment to speak to each other as part of their enemies to lovers trope.

Quinn has previously said how she never even had the Pall Mall match in novel originally and it was later addition to The Viscount Who Loved Me, the novel which serves as the basis for season two.

The American author said she was two-thirds of the way through writing the book and realised the pacing was off with Anthony and Kate transitioning too quickly from hating one another to falling in love.

She said: “I realized I needed to add a scene in which Kate realized that Anthony wasn’t such a bad guy, and the best way to do that would be to show him interacting with his family.”

Quinn added: “And thus the Pall Mall game (and the Mallet of Death!) was born.

The scene is so powerful Quinn even revisited it in her second epilogue to The Viscount Who Loved Me with another Pall Mall match taking place 15 years after the first one.

In the epilogue, Anthony is revealed to have fallen in love with Kate at the match rather than his intended object of his affections: Edwina.

Voters have shown they don’t want parachute candidates. So why do parties do it?