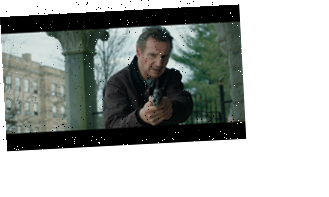 Briarcliff saw the film at a test screening and Ortenberg was eager to reunite with Neeson; at Open Road, Ortenberg released the Joe Carnahan-directed Neeson-starrer The Grey. Upstart Briarcliff is building toward a slate of four to five pictures for this year. The distributor just acquired the slave rebellion drama Emperor for release March 27.

Scripted by the director and Steve Allrich, the film co-stars Jeffrey Donovan, Jai Courtney, Anthony Ramos and Robert Patrick. Financing for the acquisition was provided by New York-based private equity fund manager Raven Capital, with transactional support from Sculptor Media and a consortium of private investors, including Rainmaker Films and Samuel Marshall Productions.

Neeson plays an infamous bank robber who wants to turn himself in and return stolen money after falling in love with Annie (Walsh). When Tom discovers the law enforcement officers he turns himself into in Boston are corrupt, he must go underground to save both himself and Annie.

Ortenberg called the film “a terrific action movie with a heartfelt romance at its core. It is wonderful to be working with Liam Neeson again, who is at the top of his game, and Kate Walsh gives a breathtaking performance.“

Said Nestel: “I can’t wait for audiences to see Honest Thief in theaters. The film’s release marks the first of a long-term partnership with Briarcliff to theatrically release our slate of films and we are super excited to be in business with Tom in this new endeavor.”

Added Williams: “I’ve always admired Tom and his ability to market and release a wide variety of movies with great success. Briarcliff is the perfect partner to bring Honest Thief to audiences.”