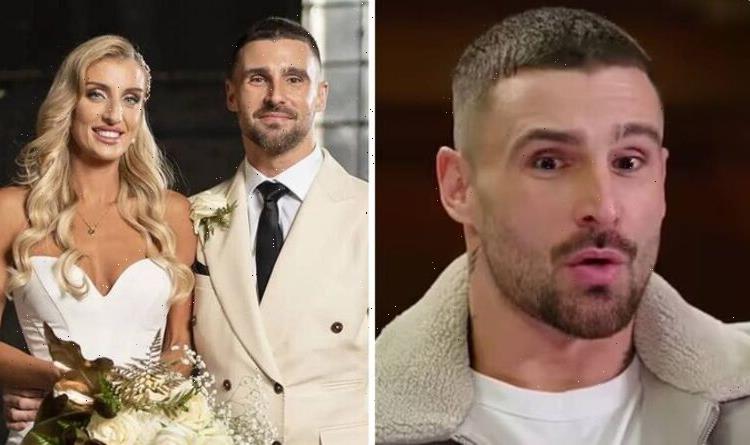 Married At First Sight: Tamara storms out during filming

Married at First Sight Australia has seen the couples taking their final vows, deciding on whether or not they can make a go of things in the outside world. Hospitality worker Brent Vitiello was matched with operations manager Tamara Djordjevic. From the very beginning of the E4 reality show, it was clear to see Brent and Tamara were not a match made in heaven.

Brent and Tamara had been bickering ever since they tied the knot, with her continuously ridiculing and undermining him.

So it didn’t come as a complete surprise when they agreed to part ways at the final commitment ceremony with Tamara stating that being with him made her “homesick”.

When it came to Brent’s turn though, he didn’t hold back, labelling his wife “vindictive, spiteful and self-absorbed”.

He then walked away from Tamara, ending his speech with “good luck, good riddance”.

Where is Brent Vitiello now?

After filming came to an end on MAFS Australia season nine, Brent returned to his hometown of Sydney.

He was recently spotted out in the capital with former co-stars Jack Millar and Al Perkins to mark his 34th birthday.

It is unclear if Brent has already returned to working in hospitality or if he will as he has been making the rounds with press interviews.

He recently opened up on The Handbags Podcast about that final commitment ceremony speech.

Brent explained: “I’ll be honest, I planned to drop the cards. I’d had enough and I was ready to walk away and make a statement that she needed to understand.

“I had taken shot to shot from Tamara and I wanted to say my piece and walk away. It took me a week to write that speech.”

While it didn’t work out for him and Tamara, there is still a glimmer of hope when it comes to his love life.

It is rumoured that Brent and fellow former co-star Ella Ding could soon become a couple after her own marriage to Mitch Eynard came to an end.

Brent told New Idea: “Me and Ella have spoken. We are really, really close.

“We’ve had the conversation that if we had been matched, things would’ve turned out amazingly and we were a lot more suited.

“We are just spending time together as really good friends, and if something happens, it does; if it doesn’t, it doesn’t. We’re kind of open to both of it.”

So perhaps there will be a romantic ending to this groom’s experience after all.

Married at First Sight Australia has yet to be renewed for season 10 by Channel Nine.

However, the UK version will be back for another series on E4 in 2022.

A release date has not yet been announced but it has already been confirmed that it will be made up of a whopping 30 episodes.

Married at First Sight Australia is available to watch on Channel Nine in Australia and E4 in the UK.