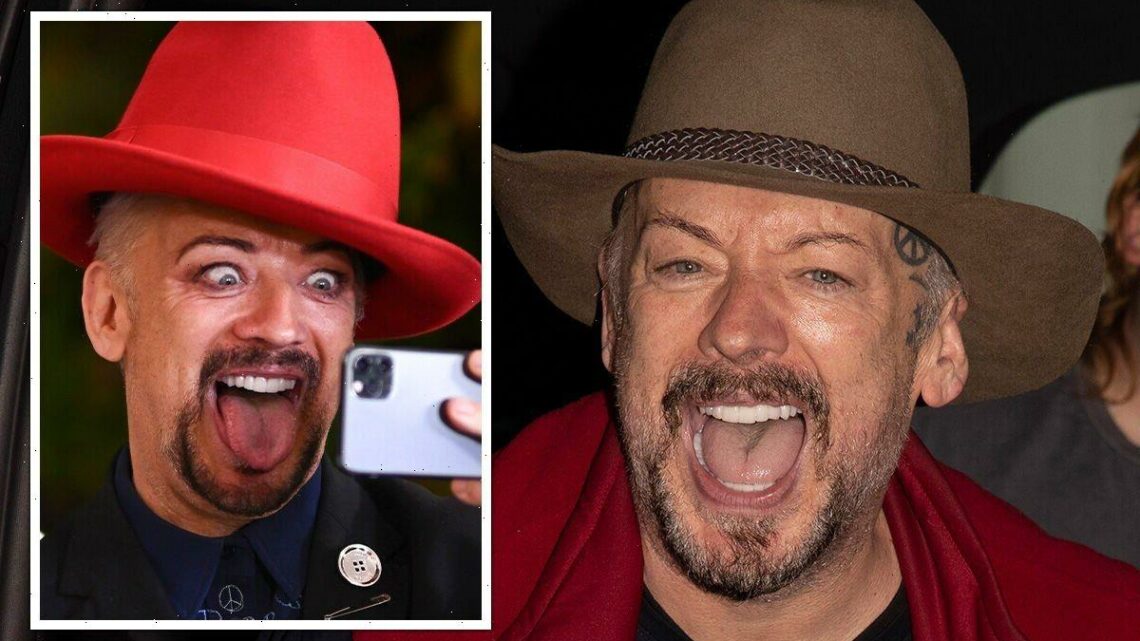 I'm A Celeb: Boy George is eliminated from the jungle

Boy George proved to be a controversial character in this year’s series of I’m A Celebrity… Get Me Out Of Here! The singer often spoke his mind and made it clear who he did not like during his stint on the ITV programme hosted by Ant McPartlin and Declan Donnelly. On Thursday’s coming out show, the Culture Club star speaks out on why he threatened to walk out of the camp.

Boy George was the fourth celebrity to be kicked out of the jungle by the public during this year’s drama-filled series.

He was greeted by his sister Siobhan on the bridge out of the camp following his exit interview with Ant and Dec.

The 61-year-old is one of the celebrities who discusses his experience on I’m A Celebrity…Get Me Out Of Here! The Coming Out Show.

In the car to the Gold Coast hotel, Siobhan told Boy George Ant and Dec had been playing his hit song Karma Chameleon at every opportunity which George found funny.

He later admitted: “I didn’t want to walk out, that was never an option but I did threaten it a few times.”

“I’d have said, ‘Where’s Elton John, get me a helicopter, send me a Versace helicopter.’”

Ex-campmates Sue Cleaver and Scarlette Douglas greeted Boy George at the hotel along with family and friends.

The singer commented on his relationship with Matt and said to her: “It’s all cool love, we got on in the end.”

Boy George wished his hairdresser had been at the hostel and said: “We should have flown Hamilton out, he’d be very handy right now.”

Hamilton was mentioned throughout the series as Boy George shared how often he needed his assistance.

Boy George then went into his wardrobe to get changed and came out looking fabulous and ready for the wrap party.

As the others were getting ready for the do, Boy George said: “Everyone looks so glamorous, including myself.”

Boy George told Matt he disliked him to his face during their time on the show.

He told Matt: “I have been hating on you, I have to be honest. I sometimes feel like you don’t say what you mean and you’re not particularly direct.”

However, they seemed to put their differences aside following their exits.

A video has been shared from the after-show party where the MP plants a kiss on Boy George’s cheek.

Within the clip, Boy George said: “How much do you hate me, Matt? He hates me! Stupid people.”

Matt then pecked the singer on the cheek in the footage which was obtained by The Sun.

I’m A Celebrity…Get Me Out Of Here! The Coming Out Show airs on Thursday at 9.15pm on ITV.

‘I miss the Premier League.. I love London’ – Mauricio Pochettino ‘open’ to England return in boost to Tottenham fans | The Sun